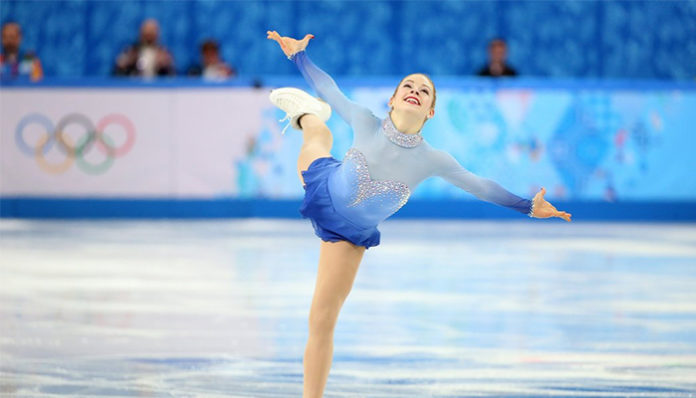 A professional figure skater, Gracie Gold has participated in numerous competitions throughout her career. For instance, she represented the United States at the 2014 Winter Olympic Games in Sochi, where she earned a bronze medal in the team event. Prior to that, she had won silver at the World Junior Championships held in Minsk.

As with most athletes, she has won the hearts of many fans with her on-ice performances. Though she intended to participate in the 2017-18 season, it was recently announced that she had chosen to withdraw due to ongoing treatment for depression, as well as an eating disorder.

Despite that, the 22-year-old is still highly respected in the figure skating world. Taking that into consideration, how successful is she now? How wealthy is the figure skater? Although it wouldn’t come as a surprise if she’s doing fairly well for herself financially, information on her net worth is currently unavailable. For now, let’s just take a brief look at her skating career so far.

How did Gracie Gold Make Her Money & Wealth?

Born on August 17, 1995, in Newton, Massachusetts, Gracie Gold has a fraternal sister named Carly, who is younger by 40 minutes. Raised in Springfield, Illinois, she started to skate at the age of eight, alongside her twin. Initially, she trained with Max Liu and Amy Vorhaben; it wasn’t until later that she switched to work with Toni Hickey.

After a few years of training, the blonde had made it to the junior-level by 2010. Not long afterward, she made her international debut at the Junior Grand Prix event, held in Estonia, where she successfully achieved gold. Qualifying for the U.S. Championships, it eventually led to yet another gold medal for the young skater.

Continuing with her skating career, she competed at the World Junior Championships in 2012, where she finished second. Not long afterward, she represented the U.S. at the 2012 World Team Trophy. Though she finished fifth, team USA ultimately managed to achieve silver at the event.

Two years later, she represented the country at the 2014 Winter Olympic Games in Russia. In the end, her graceful spins and jumps earned her the bronze medal.

Highly talented, her on-ice performances have garnered her numerous fans over the years. Some of her most recent events include Trophy de France, Skate America, and the Grand Prix. Due to a lack of preparation, however, she struggled with many of her elements. Most recently, it came as a surprise to everyone when it was announced that she would be withdrawing from the 2017-18 season for ongoing treatment for depression, anxiety, and an eating disorder.

Outside of her skating career, Gold has a few things going for her. For instance, she was named an ambassador for Pandora Jewelry in 2013. In addition to that, her beauty and vibrant personality have also led her to many commercial opportunities with United Airlines, Smuckers, and Visa, among several others.

Of course, she also participates in ice shows such as the popular, Stars on Ice Tour, which she’s been a part of for three years.

No, she is not married. In fact, as far as we can tell, Gracie Gold is currently single.

Does Gracie Gold Have Any Children?

No, Gracie Gold does not have any children.

Did Gracie Gold Go to College?

The last that we’d heard, she was completing an online education program at the University of Missouri

What is Gracie Gold Famous For?

A professional figure skater, Gracie Gold most recently won the bronze medal in the team event at the 2014 Winter Olympics.

According to what it says on her Twitter bio, Gracie Gold currently lives in Los Angeles, California, though she’s originally from Illinois. Details on her location are unavailable at this time

What Kind of Vehicle Does Gracie Gold Drive?

Information on Gracie Gold’s vehicle is unavailable at this time.

How Much Money Did Gracie Gold Make Last Year?

Information on Gracie Gold’s salary is unknown at this time

After withdrawing from a few competitive events such as the 2017 CS Ondrej Nepela Trophy and the Japan Open, it was announced that she would be taking the season off for treatment of her depression, anxiety, and eating disorder.

Want to stay connected with the talented figure skater? You can follow Gracie Gold on a few social media platforms such as Twitter (@GracieEGold) and Instagram (@GracieGold95). On Facebook, you can also support her via her official fan page, which you can visit here.