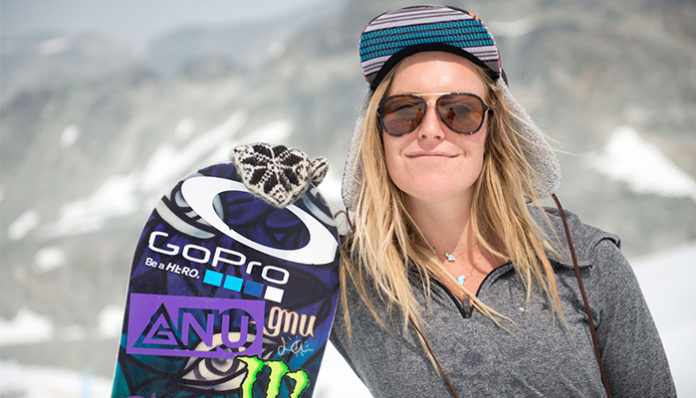 A professional snowboarder, Jamie Anderson has represented the United States at many events throughout her career. A six-time champion at the Winter X Games, she is currently considered to be one of the top slopestyle riders in the snowboarding world.

At the age of 23, she won her first gold medal at the 2014 Winter Olympics in Sochi. Since then, she has shown no signs of stopping- in fact, she recently repeated the feat at the 2018 Winter Games in Pyeongchang, making her the only female snowboarder to have won more than a single gold at the Olympics.

With how successful she is as an athlete, is it fair to assume that she’s doing well for herself financially? How rewarding has her snowboarding career been? Does she receive a fair share of endorsements? From our research, Jamie Anderson’s current net worth is around the $4 million mark. How much of this came from her wins? Other projects? We’ll be trying to answer these questions for you down below.

How did Jame Anderson Make Her Money & Wealth?

Born on September 13, 1990, in South Lake Tahoe, California, Jamie Anderson is the fifth oldest of eight children. Growing up, she loved spending time in the outdoors with her siblings. Ultimately, it was one of her sisters that had introduced her to snowboarding at the age of nine. Before she knew it, she had joined a local snowboard team at the Sierra-at-Tahoe resort. In order to spend most of her time in the snowy mountains, she was homeschooled for most of her youth.

Over the next years, she began to participate in various regional competitions. Slowly but surely, she made her way up to the national championship events. Then, when she was thirteen years old, Anderson qualified for her first Winter X Games in the boardercross event.

Two years later, she returned to the Winter X Games- this time in the slopestyle. After an impressive performance, she successfully won the bronze medal, which made her the youngest athlete to have achieved such a feat in the winter showcase. From there, she would eventually go on to win a gold medal at the Winter X Games the following year.

Since then, Anderson has won five additional gold medals at the Winter X Games (four for Slopestyle, one for Dual Slalom). In addition to that, she recently also won a bronze medal at the Big Air event in January 2018.

As far as the Winter Olympic Games go, the snowboarder is a two-time Olympian. At the age of 24, she participated in the 2014 Winter Olympics in Sochi, Russia, where she earned the gold medal in slopestyle.

Since then, she has also been named to the U.S. Olympic Team for the 2018 Games in PyeongChang, South Korea. In fact, she has already secured her second Olympic Gold in the Slopestyle event, making her the first female snowboarder in Olympic History to have ever won more than one gold medal.

As far as we know, the snowboarder is currently single and not married.

Does Jamie Anderson Have Any Children?

No, Jamie Anderson does not have any children.

Did Jamie Anderson Go to College?

As far as we know, she has not gone to college- most likely due to her training schedule.

What is Jamie Anderson Famous For?

As a snowboarder, Jamie Anderson is perhaps best known for being the only female to have ever won more than one gold medal at the Winter Olympics. Already, she has won her second gold medal at the 2018 Games in PyeongChang, South Korea.

According to her official Twitter bio, she currently lives in Tahoe. Further information is unavailable at this time.

What Kind of Vehicle Does Jamie Anderson Drive?

Information on Jamie Anderson’s vehicle is unavailable at this time.

How Much Money Did Jamie Anderson Make Last Year?

As already mentioned, she most recently won her second gold medal in the slopestyle event at the 2018 Winter Olympic Games, which made her the first female snowboarder to have ever achieved such a feat.

If you’re a fan, why not follow Jamie Anderson on social media? You can catch her on a few outlets including Twitter at @JamieAsnow or Instagram at @JamieAnderson. On Facebook, you can also visit her official fan page by clicking here.