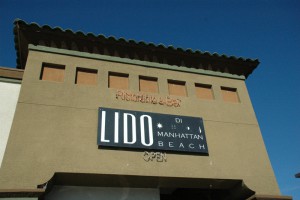 Just south of Los Angeles is the picturesque beach town of Manhattan Beach. Five years ago, Lisa Hemmat, an ambitious 23-year-old fresh out of USC Business School, bought a restaurant named Lido di Manhattan. Lisa is now only 28 years old, but even then, she shocked a lot of people based on their first impression. Someone so young, and especially female surprises them in the restaurant business. Most people thought that her parents gave the restaurant to her or that she married someone who gave it to her. That’s frustrating, but she knows the truth.

Lisa went to USC and studied business entrepreneurship. After she graduated college, she was bound and determined to only work for herself. Instead of starting from scratch, she looked at existing businesses with staff and existing customer base. Lido di Manhattan seemed like a great fit at the time. Damien, a server, and bartender at Lido di Manhattan has been with the restaurant well before Lisa even came on board. He says that at the time, he felt like she was not capable of running a full restaurant. The only thing that helped the restaurant at that point was that Lisa had a successful staff that had been there forever.

The staff says that Lisa is smart but she doesn’t have a lot of experience with restaurants. A lot of times, she gets things mixed up. For example, she considers some of the employees as friends and not employees. Damien is also the bar manager, and also has been dating Lisa for the past six months. Damien says that he doesn’t believe he has a title, as Lisa will ask him to take on tasks that she isn’t capable of doing. She’s blurring the lines between work and life, and it’s probably a bad idea, but she’s gonna do it anyways.

Unfortunately, times have been tough for Lido di Manhattan and it’s heartbreaking for Lisa to see people choosing other restaurants to dine at. She struggles with why the business is so slow. If Lido di Manhattan doesn’t change, everybody doubts that the restaurant will be open next year. Lisa is barely making it by, and she can’t continue on like this. So, she has agreed to bust open the books, pull back the doors and make a call for help to Gordon Ramsay from Kitchen Nightmares. 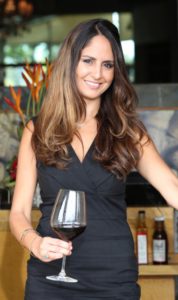 Gordon arrives at Lido di Manhattan, noting that the parking lot is jammed. So, what’s the problem with the restaurant? He enters and greets Lisa, introducing himself. He starts by asking how long Lisa has been in business, to which she replies 5 years – since she was 23. Gordon is blown away that she bought a restaurant when she was 23. Her father actually cosigned on the loan for her to purchase Lido di Manhattan.

Gordon is shown to his seat, and he mentions the brightly-colored silverware, plates, and tabletop. Lisa says that the previous owners came up with the color scheme, and she just kept it the way it was. Gordon then asks what has changed since she took over from the owners. Lisa admits that she has not changed much, and the menu is from the previous owner. Their head chef, Louis Martinez, has been with Lido di Manhattan for 18 years. The sous-chef is his brother Arturo. Gordon starts to look over the menu but then asks Lisa what she recommends. She recommends the filet wrapped in pancetta topped with a homemade balsamic reduction sauce. However, she is actually vegetarian. Gordon is astounded by this, but he eventually orders the meal sans filet. If she doesn’t eat the meat, then he won’t, either.

Priscila is appointed to be Gordon’s waitress for the night. He orders the item that Lisa recommended, as well as the baked Ahi Tuna Tower. He also orders the tortellini pasta salad. Damien eventually appears and introduces himself to Gordon. He is also the catering director. Gordon does not mess around, and he immediately asks Damien if Lisa is a good boss. Damien simply replies, “Lisa is a lovely boss.” Gordon asks if the two are intimate, and they can only giggle. There’s nothing wrong with extracurricular dating, he says.

In the back, the chefs are microwaving their food. The eggplant roll is brought out, and they are stuffed with mozzarella cheese. Gordon peels it back and mentions that it does not look very appetizing. He takes a bite and immediately spits it back out. The eggplant is crunchy, undercooked, and raw. It is also piled in grease. Eggplant should never be crunchy. Priscila brings back the dish and explains to the chefs that the eggplant was not cooked properly, but the chefs insist that it was. 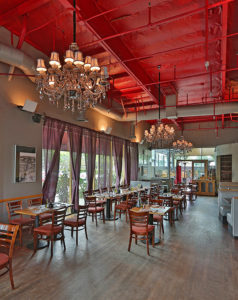 The Ahi tower is brought out next. Gordon says that he feels like a firework display is taking place on his plate, and he’s correct – the ahi tuna tower is a bright red tower with some tortilla chips scattered around. On her way back to the kitchen, Priscila says that something is wrong and she can easily see it on Gordon’s face. The tuna is so compressed that it looks like it was prepared two days ago. The tuna does not taste fresh, and it is grainy and furry. When Priscila approaches, Gordon asks if the tuna was frozen, but she insists it was not. So, he bypasses and goes on to the next dish.

Gordon then points out that it’s funny how the owner is not in a kitchen, and Lisa is just standing there hanging out. Back in the kitchen, the chefs tell Priscila that their tuna is all frozen – after she just told him it was fresh. The bad news is that so far, not a slim ray of sunshine or even a glimmer of hope has shown anywhere in the food. The next and final item to come out is the chicken tortellini pasta salad, which Priscila says are not homemade. Gordon digs in, and surprise that it tastes awful and rubbery. The meal is hideous. Without hesitation, he sends the dish back to the kitchen and has Lisa taste it. Unfortunately, Lisa thinks the food tastes great, so Gordon has his work cut out for him to save the restaurant.

Lido di Manhattan is still open and operating to this day! Much to my surprise, Lido di Manhattan seems to have made a full recovery under the watchful eye of Gordon Ramsay. Lido is still based in Manhattan Beach, and their footprint seems to have blown up. Their website, https://www.lidodimanhattan.com/, shows a list of featured clients. Some of these featured clients (who I assume are frequent orders of catering) include Marvel, Boeing, Audi, Lexus, Taio Cruz, Jimmy Kimmel, the Rotary International Club, Wells Fargo, Merill Lynch and several more. Their menu has been revamped to include more traditional American cuisine items – and the item at the very top of the appetizer menu, of course, is the Baked Eggplant Roll. Lido di Manhattan appears to be killing the restaurant game, as they have a 4-star review of 326 reviews on Yelp, a4.4-star star review across 227 reviews on Facebook.