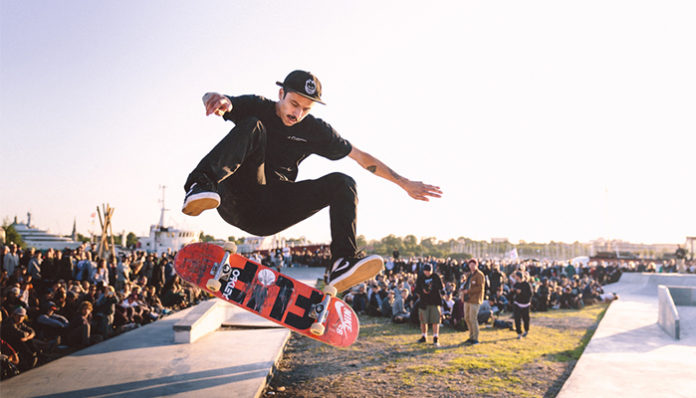 Hailing from Brazil, Luan Oliveira has been skating ever since he was nine years old. Today, he is a professional skateboarder, with numerous feats under his belt. For instance, he had won two Tampa Am Skateboarding Competitions back-to-back in his late teens.

Known for his various skateboarding tricks, his talent has earned him millions of fans across the globe. Like many celebrities, the twenty-something is active on many social media platforms including Twitter, Facebook, and Instagram. In fact, he has already amassed more than 1.1 million followers on the photo-sharing app alone!

With all the accomplishments that he has to his name, one has to wonder- how wealthy is the 27-year-old? How successful is he, financially? Though it’s fair to assume that he’s doing fairly well for himself, detailed information on his net worth is currently unavailable.  While we’re here though, let’s take this chance to learn more about his professional skateboarding career.

How did Luan Oliveira Make His Money & Wealth?

Born on September 22, 1990, in Porto Alegre, Brazil, Luan Oliveira was raised single-handedly by his grandmother, after being abandoned by his parents at birth. Growing up in a less-than-ideal neighborhood, gunfire, and violence was all too familiar for the young boy. Still, when he was nine years old, he received something that would ultimately change his life- a small plastic board. Though it sat unused for many months, he eventually decided to dust it off for regular practice.

Practicing every day at a local skate plaza, it didn’t take long for him to achieve a number of tricks. Before he knew it, his new hobby had also earned him several new friends. Under their encouragement, he eventually decided to compete in a street contest- which he’d successfully convinced his local skate shop to pay for.

Since then, he has taken tremendous strides in his skating career. Not only did he win two Tampa Am Competitions in a row in 2008 and 2009, which garnered him worldwide attention, but he had also landed a feature in Flip’s video, Extremely Sorry. By the early 2010’s, he had gone pro.

Over the past few years, the skater has accomplished a lot- for instance, he’s taken four medals at the X Games, won the Tampa Pro, and joined Street League Skateboarding. In 2015, he also ranked number one in the Street League Contest.

In addition to his skating career, he’s also appeared on television. In 2013, he was featured in The Motivation, a documentary that revolved around eight of the world’s professional skateboarders, alongside Felix Arguelles, Chris Cole, Steve Berra, and many others.

As far as upcoming projects, he recently filmed for a video project called Push. On top of that, he has been busy building up his own skate shop in Brazil. According to one of his interviews, he plans on opening ten skate shops over the next ten years. With all that he has going for him, it’s probably fair to say that his future is looking bright.

As far as we can tell, Luan Oliveira is not married. In fact, he may very well be single.

Does Luan Oliveira Have Any Children?

Did Luan Oliveira Go to College?

No, he has not gone to college. Instead of continuing his education, he chose to pursue a full-time skating career.

What is Luan Oliveira Famous For?

Luan Oliveira is best known for his talents on the skateboarding arena. Since his debut, he has won numerous competitions.

Luan Oliveira currently lives in Long Beach, according to his official Twitter profile. Further information is not available

What Kind of Vehicle Does Luan Oliveira Drive?

Information on Luan Oliveira’s vehicle is unavailable at this time.

How Much Money Did Luan Oliveira Make Last Year?

Information on Luan Oliveira’s salary is unknown at this time

As mentioned earlier, the professional skateboarder recently filmed for a video project called Push, which will also star Leticia Bufoni, Ishod Wait, Trevor Golden, and Aaron Homoki, among others. Besides that, it’s probably fair to say that he’s continuing his training on the skate arena for upcoming competitions.

Want to follow the pro on social media? You can find him on a few platforms including Twitter at @Luanomatriz_ and on Instagram at @Luanomatriz. If you’re on FB, you can also check out his official fan page by clicking on this link here.