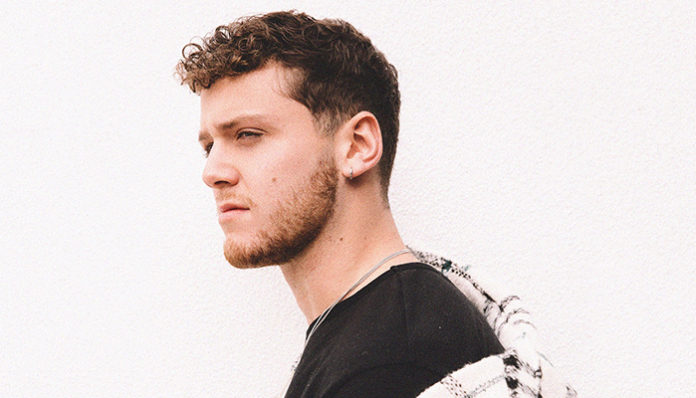 Hailing from Michigan, Bazzi has been performing R&B-influenced music since his early teens. Not long after relocating to Los Angeles, he landed a feature on Fancy Cars’ hit single, Fun in 2016. Later that fall, the aspiring artist released his solo debut, Alone. An overall success, the song has since been played hundreds of thousands of times online.

Since then, the artist has come out with several additional singles including Sober, Beautiful, and Got Friends, to name a few. Still, it wasn’t until one of his songs, Mine, went viral, that his popularity exploded on the Internet. Before he knew it, the romantic hit had landed on the Billboard Hot 100 in the U.S.

How much has he yielded in terms of profits? How much has he earned from his record sales so far? Unfortunately, information on Bazzi’s net worth is currently unavailable, as it’s still under review. Since we’re here though, let’s take a more in-depth look at how his career has played out so far.

How did Bazzi Make His Money & Wealth?

Hailing from Dearborn, Michigan, Andrew Bazzi aka “Bazzi” has been a talented performer ever since he was a young boy. For instance, he often imitated Ricky Martin and Elvis on his acoustic guitar as a child. Unfortunately, not much else is known about his early life at this time.

After completing high school, the aspiring artist packed his bags and headed for LA. One step closer to realizing his dream, he subsequently began to upload his work on various sites, which helped to build him an online audience. With a little bit of luck, he eventually landed a feature on Fancy Cars’ hit song, Fun in 2016.

Inspired by the works of Bryson Tiller and Justin Timberlake, he eventually released his debut single, Alone in November 2016. A decent success, the official music video has since been viewed over 345,000 times on YouTube.

Since then, Bazzi has churned out another hit- Why, which was made available in January 2018. Well received by fans, the song has already racked up more than 695,000 streams over the past few weeks.

Naturally, the above singles would have yielded Bazzi some decent earnings. With that said, what other sources of income does the R&B artist have? For one thing, there’s his YouTube channel. Since its inception in 2011, he has gained more than 160,000 subscribers with over 1.8 million lifetime views (despite the fact that he only has two uploads on his page so far).

Assuming that both of the MVs posted to his channel are monetized, it’s likely that he’s earned some extra change from the videos. Given that he receives anywhere from $2 to $5 per one thousand monetized views by Google, and that approximately 40% of his total views display ads, his earnings would be around $144 to $3,600.

Of course, as his popularity continues to rise (which is extremely likely, given that he continues to release new music material), his views and subsequent ad revenue are also likely to increase.

As he reaches a new level of stardom, it’s also probable that he’ll start to hit the road for concert tours and the like.

As far as we know, Bazzi is not married. According to a recent tweet, he is currently single

Does Bazzi Have Any Children?

From what we can tell, Bazzi does not have any children.

Did Bazzi  Go to College?

No, he has not gone to college. Shortly after completing high school, he moved with his father to Los Angeles, California, to pursue a full-time music career.

What is Bazzi Famous For?

Bazzi is best known for his song, Mine, which recently went viral thanks to an online meme. His breakthrough hit, it eventually became his first single to land in the Billboard Hot 100 Chart.

Where Does Bazzi Live now? Photos of Bazzi’s House

For his music career, Bazzi currently resides in Los Angeles, California. Further information on his abode is not available.

What Kind of Vehicle Does Bazzi Drive?

Information on Bazzi’s vehicle is unavailable at this time.

How Much Money Did Bazzi Make Last Year?

Information on Bazzi’s salary is unknown at this time

As mentioned earlier, Bazzi most recently came out with the single, Why on January 26, 2018. Despite its recent release, the official audio has already picked up over 695,000 plays on YouTube!

Want to follow the artist on social media? You can find Bazzi on a few platforms including Twitter at @Bazzi, where he has over 73,000 fans. If you’re on Facebook, you can also check out his official fan page by clicking here.