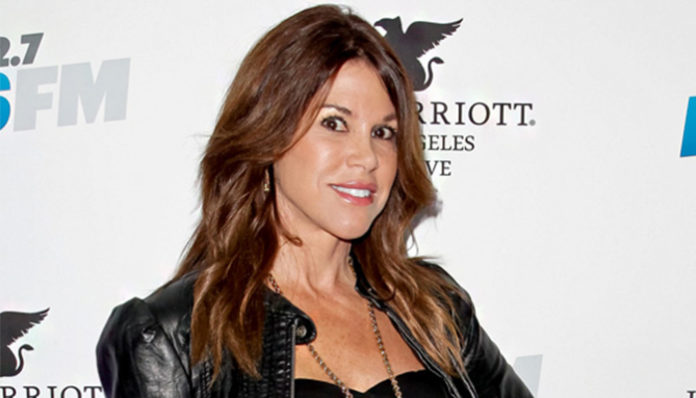 A jewelry designer, Lynn Curtin rose to prominence in the reality series, The Real Housewives of Orange County. Introduced in the fall of 2008, she is best known for her appearances in the fourth and fifth seasons of the show. Though she’s no longer one of the main cast members, she has returned for a few guest appearances over the past few years.

Like most reality stars, RHOC isn’t the only show that she’s appeared in- her television credits also include Who Wants to be a Millionaire, Reality Relapse, The Fashion Show, and Watch What Happens Live.

How successful is the TV personality now? How much did she receive as pay for appearing on the popular reality series? How wealthy is she? From what we can gather, Lynne Curtin’s current net worth is around the $4 million mark. Aside from her television career, where else does her wealth come from? What other projects does she have? Let’s try to answer some of these questions below.

How did Lynne Curtin Make Her Money & Wealth?

Born on July 19, 1955, Lynne Curtin was raised in Southern California, where she spent most, if not all of her youth. As it is, she isn’t one to talk much about her early life- thus, we do not have much information on the topic at this time.

As it had happened, she was eventually cast in The Real Housewives of Orange County in 2008, well after the show had already taken off. Introduced in season four alongside Gretchen Rossi, she joined the rest of the cast which included Vicki Gunvalson, Jeana Keough, Tamra Judge, among a few others.

Premiered in November 2008, the fourth season revolved around many issues, including Curtin’s relationship with her two daughters, Alexa, and Raquel. An overall success, RHOC was eventually renewed for a fifth season following its 15-episode run.

Staying for the fifth season (which saw the debut of Alexis Bellino), Curtin’s endeavor with her jewelry line is followed over the next several episodes. By the end of the season, however, things turn from bad to worse after she receives an eviction notice for her new Laguna Beach home.

Ultimately, the fifth season was her last. Not long after the season finale, it was announced that the mother of two would not be returning to the Hit Bravo show. How much was she paid for the two seasons that she starred on the show? Unfortunately, her salary has not been leaked to the public.

Aside from RHOC, she has appeared in a handful of other shows including Who Wants to be a Millionaire, Reality Relapse, The Fashion Show, and Watch What Happens: Live. In fact, she even returned for a couple of appearances in season eleven of the Bravo series.

What else has she been up to? For one thing, she’s been kept busy with her jewelry line. Today, she is perhaps best known for her line of accessories and bedding called Lynne Curtin Designs.

She was previously married to Frank Curtin. Though the two have filed for divorce, it was recently announced that their case had been dismissed by the judge.

Does Lynn Curtin Have Any Children?

She has two daughters with her ex-husband, Raquel and Alexa.

Did Lynn Curtin Go to College?

What is Lynn Curtin Famous For?

Lynn Curtin rose to fame after appearing in the fourth and fifth seasons of The Real Housewives of Orange County. After it was revealed that she and her ex-husband had faked their wealth, she was released from the show.

What Kind of Vehicle Does Lynn Curtin Drive?

Information on Lynne Curtin’s vehicle is unavailable at this time.

How Much Money Did Lynn Curtin Make Last Year?

Information on Lynn Curtin’s salary is unknown at this time

Though she was fired from RHOC in 2009, she most recently returned for a couple of guest appearances in the eleventh season in 2016. As far as we can tell, she hasn’t appeared in any other TV shows since her days on the Bravo series.

Want to see more from the former reality star? You can catch her on a few social media platforms including Twitter at @CurtinDesigns or Instagram at @LynneCurtinDesigns_. On Facebook, she also has an official fan page- check it out here.