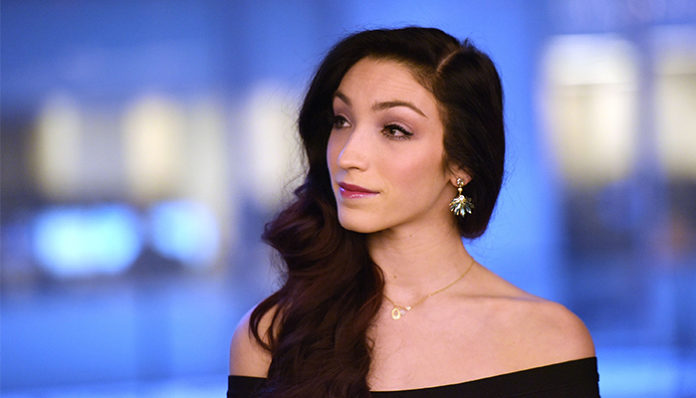 A professional ice dancer, Meryl Davis has won numerous events with her dancing partner, Charlie White. Not only did the pair receive gold at the 2014 Winter Olympics, but they have also won the Grand Prix Finals five times, the Four Continents three times, and the US Nationals six times. Though the pair retired from competition in 2017, they remain active through various ice shows.

Outside of skating, she has also been involved with other projects. For instance, she had competed in the 18th season of Dancing with the Stars in 2014, where she had ultimately triumphed as the winner.

With all the achievements that she has to her name, is it fair to assume that the former figure skater is fairly well off? How successful is she financially? From what we can gather, Meryl Davis’ current net worth is around the $2 million mark. What are her biggest projects nowadays? How does she make a living? If this piques your interest, be sure to keep reading- for we’ll be addressing these questions below.

How did Meryl Davis Make Her Money & Wealth?

Born on January 1, 1987, in Royal Oak, Michigan, Meryl Davis grew up in West Bloomfield Township with her younger brother, Clayton. When she was five years old, she began skating. Though she initially started out as a singer skater, she eventually took up to ice dance on the side by the time she was eight. Ultimately, she got as high as the novice level in ladies’ singles prior to focusing on ice dance full-time.

Partnered with Charlie White, the pair made their junior debut at the 2003 US Championships, where they finished seventh. Continuing to pour many hours into their training, they eventually managed to win silver at the Nationals the following season, which earned them a spot at the 2004 Junior Worlds.

By the 2006-7 season, the pair were competing as seniors on both the national and international level. After placing fourth at the ISU Grand Prix, they won the bronze medal at the 2007 US Championships, a win that qualified them for the subsequent World Championships.

A few years later, Davis and White competed at the 2010 Winter Olympics in Vancouver, where they placed second behind Tessa Virtue and Scott Moir. That same year, they won the silver medal at the World Championships.

Continuing to compete into the 2010’s, they were assigned numerous events such as the Cup of Russia, Skate America, Four Continents, and World Championships. During the 2012-13 season, they also defeated Tessa and Scott at the World Championships for a world record-breaking gold finish.

As far as other projects go, the pair were featured in a TV special called How to Raise an Olympian in 2014. Not long afterward, they joined the Stars on Ice tour alongside many fellow figure skaters.

Finally, in early 2017, it was announced that Davis and White would not be returning to competition. With that said, they will continue to perform together in ice shows throughout the year.

Last summer, she got engaged to Fedor Andreev, a former figure skater whom she’s been dating for more than six years.

Does Meryl Davis Have Any Children?

No, Meryl Davis does not have any children.

Did Meryl Davis Go to College?

The last that we’d heard, she was studying cultural anthropology at the University of Michigan.

What is Meryl Davis Famous For?

As an ice dancer, she is best known for her competitive career with partner, Charlie White. In 2014, they successfully beat Tessa Virtue and Scott Moir for the gold medal at the Winter Olympics.

She currently resides in Michigan. Unfortunately, that’s about all we have on her location at this time.

What Kind of Vehicle Does Meryl Davis Drive?

Information on Meryl Davis’ vehicle is unavailable at this time.

How Much Money Did Meryl Davis Make Last Year?

Information on Meryl Davis’ annual earnings for 2017 is not available

As mentioned earlier, she most recently got engaged to her long-time boyfriend, Fedor Andreev, who also happens to be a former figure skater in 2017. That same year, she and White announced their retirement from ice dance.

Want to stay connected to the former Olympian? You can follow Meryl Davis on a few social media platforms including Twitter at @Meryl_Davis and Instagram at @Meryledavis. On Facebook, you can also visit her fan page (shared with Charlie White) by clicking here.