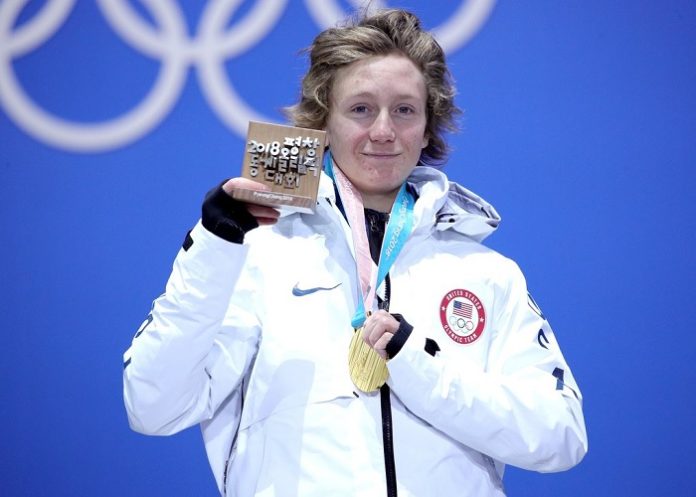 The 2018 Winter Olympics in South Korea is only days old, but already a teenage snowboarding sensation from Colorado has produced a legendary and historic performance that has made him an instant sporting hero around the World.

Seventeen year old Redmond ‘Red’ Gerard has won the first Gold medal for Team USA in the games in stunning style, and he may still be young, but he’s been a professional snowboarder for longer than you might imagine.

How Did Red Gerard Make His Money & Wealth?

Red started snowboarding at the incredibly young age of just two, and by the time he was four he could keep pace with the rest of the family. When he was seven his family moved to Colorado and older brother Brendan, by then a professional snowboarder himself taught Red how to snowboard, and the expert instruction soon paid off. Within months Red was performing jumps at the local snowboard park that were impressing much older snowboarders, and in 2008 Red entered a local Snowboard and Free Association slopestyle competition.

Slopestyle is comprised of big tricks, jumps and rails on a groomed ski slope and Red performed well in his first competition, and again in three more events that season in the Rocky Mountain series. Red achieved the highest points in his age bracket and qualified for the national championships. Unfortunately he wasn’t able to repeat his winning steak in the nationals as he was unlucky enough to be disqualified after his helmet came off during a run, but his shredding skills had impressed several sponsors, including Red Bull and Burton, and at the age of only seven Red had already achieved professional status as a snowboarder.

Red reached the national championships every year after that as a professional, and his incredible talent saw him reach his ultimate goal, that of being selected for Team USA for the 2018 Winter Olympics in South Korea in the slopestyle and big air events. He made his Olympic début on Sunday February 11th 2018 on the second day of the games, and he made sure it was a memorable one.

Red’s Olympic dream in South Korea almost turned into a nightmare. High winds made conditions tricky and on his first two runs Red went tumbling into the snow, leaving him floundering in 11th position, out of 12 competitors. But in snowboarding everything counts on the best run and Red’s final attempt to impress was spell-binding. He showed incredible technical precision in a series of perfectly executed tricks and finished off with a backside triple cork 1440, or three twists and a flip that he carried off with gravity-defying brilliance.

Red’s monumental final performance earned a score of 87.16, pushing Canadians Max Parrott with 86.00 into silver medal position and Mark McMorris with 85.20 into third. The favorite for the Gold, Ståle Sandbech from Norway suffered the indignity of being pushed off of the podium by the triumphant newcomer after his final performance. Red’s only mistake on the day was a shocked ‘Holy S***’ that he let slip out after his run, which unfortunately was picked up by the microphones and broadcast to a few million people, but in the circumstances no-one could blame the teenage snowboarding sensation who had just shown the veterans what snowboarding was really all about.

Gerard is only seventeen years old at the moment and not married. It’s not known if he has a steady girlfriend but he’s picked up at least one secret admirer. In the past a mystery fan registered redgerard.com and made just one post, that of Red’s face, which at the time led him to mention that he hoped his admirer was a female, and a hot one.

Red’s exact yearly earnings are not known, but he’s been a professional snowboarder for ten years now, and during that time he’s attracted sponsors such as Red Bull, Hobo, High Cascade Snowboard Camp and Cobra Dogs. He’s been included recently in Trans World Snowboarding’s profile of the eight riders who most represent the future of the sport, and with his historic recent Olympic Gold medal achievement his earnings are likely to increase sharply.

Where Does Red Gerard Live?

Red is currently living with his family in Silverthorne, Colorado.

Red’s Gold Medal in the Men’s Slopestyle Final in the 2018 Winter Olympics was the first gold medal for the USA in the games, and it was also the first Winter Olympics medal won by someone born in the twenty-first century, and as a final accomplishment Red also became the youngest American to win a medal in an Olympic snowboarding event. Red is the youngest American to win an Olympic gold for 90 years and he is the second youngest Winter Olympian to win a gold in any individual event, beaten only by Toni Nieminen from Finland who won the individual Ski Jumping large hill event in 1992. He also continues American dominance of the slopestyle event, after Sage Kotsenburg won the gold medal four years ago when the sport made its Olympic début.

Red’s Olympic win is already the stuff of legends, but he may be able to double his gold medal tally yet, he will be competing in the big air event on February 24th 2018. You can keep up to date with Red on his Instagram account or on his website.