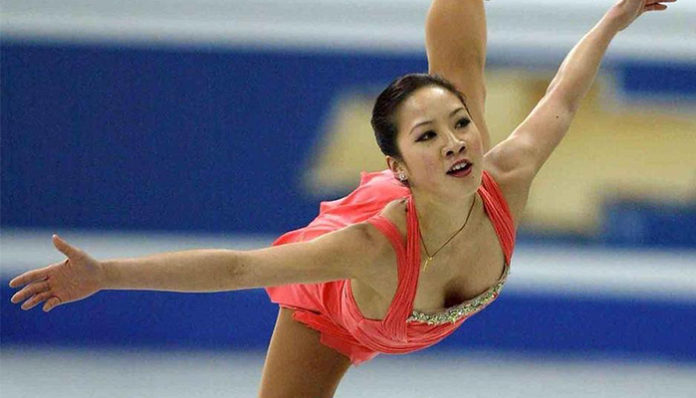 One of the most decorated figure skaters in the country, Michelle Kwan won numerous titles during her career in the late 90’s and early 2000’s. Not only did she win the World Championships five times, but she had made it onto the podium at the Olympics two times, in 1998 and 2002.

Since her retirement, Kwan has been involved with several projects- for instance, she was named as a public diplomacy ambassador in 2006. Not only that, but she has guest-starred in a number of TV series and films such as The Simpsons, Family Guy, and Mulan. In 2011, she also became one of the board of directors for the Special Olympics.

With how accomplished she is, surely she’s able to enjoy a lavish lifestyle? How rich is the former figure skater? From our research, Michelle Kwan’s current net worth hovers around the $13 million mark. From what did she earn such a fortune from? Where do most of her income come from? Stick with us, we’ll be exploring some of the answers down below.

How did Michelle Kwan Make Her Money & Wealth?

Born on July 7, 1980, in Torrance, California, Michelle Kwan’s interest in figure skating sparked after she followed her two older siblings to the rink at the age of five. By the time she was eight years old, she had begun serious training, with three to four hours of practice every day.

Fast forward to the 1997-98 season, and she had made it to her first Olympic Games, held in Nagano. After an applause-worthy performance, she successfully finished second, which led her to bring home the silver medal. From there, she would go on to receive the bronze medal at the 2001 Winter Olympics in Salt Lake City.

One of the most popular figure skaters in America, Kwan’s popularity in the late 90’s and early 2000’s led her to land numerous endorsement deals. For instance, she has worked with the brands Coca-Cola, Maxxis, Got Milk?, Disney, Riedell Skates, Visa, Starbucks, and Campbell’s, to name a few. In 2000, it’s said that she also signed a $1 million deal with Chevrolet.

Aside from what she’s earned from endorsements, Kwan has also been involved in several other activities. For instance, she had signed an 8-book deal with Disney Publishing in the late 90’s, which included an inspirational book for young children. At one point, she even published an autobiography called, Heart of a Champion.

In terms of other projects, she’s also guest starred in a handful of popular TV shows such as Family Guy, The Simpsons, and Sabrina, the Teenage Witch. In 1998, she also landed three prime-time specials on Walt Disney Television.

Michelle Kwan is single. Previously married to an American lawyer, Clay Pell; they had filed for divorce in 2017.

Does Michelle Kwan Have Any Children?

No, Michelle Kwan does not have any children.

What is Michelle Kwan Famous For

One of the most well-known figure skaters in the history of the U.S., Michelle Kwan won numerous competitions throughout the late 90’s and early 2000’s, before her retirement in 2006.

Did Michelle Kwan Go to College?

She has attended a few colleges over the years including UCLA, and the University of Denver. In 2007, she received a bachelor’s degree in international studies from the Josef Korbel School of International Studies. Since then, she has also studied at the Fletcher School of Law and Diplomacy.

Michelle Kwan currently resides in Rhode Island. Unfortunately, further information on her location is not available at this time.

What Kind of Vehicle Does Michelle Kwan Drive?

Information on Michelle Kwan’s vehicle is unavailable at this time.

How Much Money Did Michelle Kwan Make Last Year?

Information on Michelle Kwan’s salary is unknown at this time

As mentioned earlier, the former figure skater recently filed for divorce from her ex-husband, Clay Pell, in March 2017. That same year, she was inducted into the California Sports Hall of Fame.