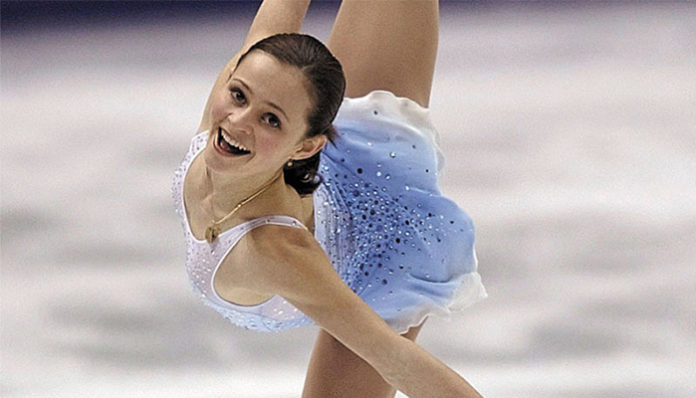 A former figure skater, Sasha Cohen participated in numerous competitions during her professional career, including the 2006 Winter Olympic Games, where she won silver. A member of Team U.S.A., she had also competed in the U.S. Championships, Grand Prix Final, and World Championships in the 2000’s.

Like many celebrated athletes, she has appeared on television numerous times. Not only has she taken part in a number of commercials, but she has also acted on a few occasions- for instance, she had guest starred in an episode of CSI: NY in 2007. At one point, she was even featured on the reality game show, Secret Talents of the Stars.

With all that she’s involved with, surely she’s as successful as it seems? How rich is the former figure skater? From what we could gather, it would appear that Sasha Cohen’s current net worth stands at approximately $10 million. What are her biggest sources of income, now that she’s retired from the sport? Where did she earn most of his money from? Let’s take a look.

How did Sasha Cohen Make Her Money & Wealth?

Born on October 26, 1984, in Los Angeles, California, Sasha Cohen grew up in the neighborhood of Westwood with her Natalia, younger sister. Originally a gymnast, she participated in gymnastics for many years prior to switching to figure skating at the age of seven. Still, it wasn’t until a few years later that she decided to take the hobby more seriously.

With dedication and lots of hard work, she eventually made it to the senior level in 2000. Though she didn’t compete in 2001 due to a stress fracture, she did go on to win silver at 2002 US Championships, which earned her a coveted spot in the Olympic team. Later that year, she participated and finished fourth at the 2002 Winter Olympic Games in Salt Lake City, Utah.

Her next Olympic games came four years later- after securing a victory at the US Championships in 2006, she made it into the US Olympic Team for the 2006 Winter Olympics. With five triples under her belt, she eventually finished second on a podium with a silver medal, behind gold medalist, Shizuka Arakawa.

Outside of her competitive career, Cohen had participated in the popular ice show, Stars on Ice for many years. A way for her to recuperate training costs, she took part in the event for many years alongside other skaters such as Michelle Kwan, Brian Joubert, and Stephane Lambiel.

Like many star athletes, she also received a fair share of television appearances. Not only did she appear in various commercials (including those for Got Milk?, Simply Saline, and Citizen Watch), but she had also made a cameo in the popular police procedural, CSI: NY.

As far as film goes, she has also appeared in a few titles including Moondance Alexander, Blades of Glory, and Bratz: The Movie. Last year, she was also involved with the TV film, Sharknado 5.

Since 2016, she has been married to Tom May. According to reports, the two had gotten engaged back in 2015.

Does Sasha Cohen Have Any Children?

No, Sasha Cohen does not have any children.

Did Sasha Cohen Go to College?

She studied at Columbia University under the name Alex in the early 2010’s.

What is Sasha Cohen Famous For?

During the prime of her skating career, Sasha Cohen attained many titles including a silver medal at the 2006 Winter Olympics.

After a satisfying career on the ice, she announced her retirement in 2010.

Sasha Cohen currently lives with her husband in New York City. Further information is not available

What Kind of Vehicle Does Sasha Cohen Drive?

Information on Sasha Cohen’s vehicle is unavailable at this time.

How Much Money Did Sasha Cohen Make Last Year?

Information on Sasha Cohen’s salary is unknown at this time

As we briefly mentioned earlier, she recently appeared as herself in the TV film, Sharknado 5, which came out in 2017. Her first acting endeavor in two years, her last project had been the movie Bratz back in 2007.

Want to see more from the former figure skater herself? If so, why not follow Sasha Cohen on social media? As it is, you can find her on a few social media platforms such as Instagram (@SashaCohenNYC) and Twitter (@SashaCohenNYC). On Facebook, you can also support her via her official fan page, which you can visit by clicking here.