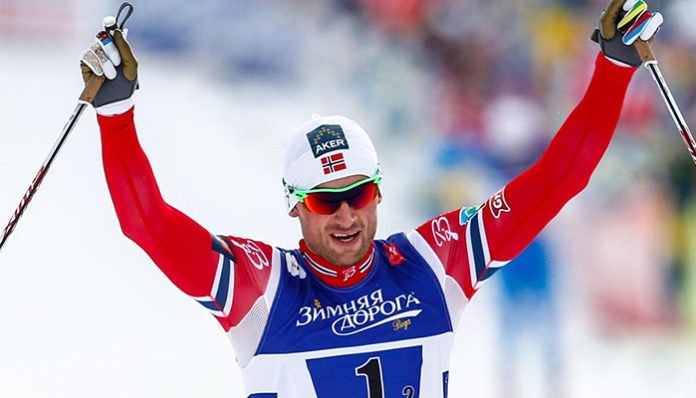 A 13-time World Champion, Petter Northug is one of the most successful cross-country skiers from Norway. Not only has he proved himself at the World Championships, but he’s also represented his country at the Winter Olympics twice- once in 2010, and once in 2014. Though he didn’t manage to medal in Sochi, he did win two gold medals in Vancouver.

In addition to what we’ve highlighted above, he’s also medalled at the Nordic World Ski Championships, and Stage World Cup. When he isn’t skiing on the mountains, he enjoys playing poker. In fact, he had participated in the World Series of Poker event in 2010.

Having mentioned all that, how successful is the Olympic athlete now? How much does he make from his professional skiing career? From our research, Petter Northug’s current net worth is around the $2 million mark. Where did this fortune of his come from? Does he earn any prize money from his wins? These are some of the questions that we’ll be addressing down below.

How did Petter Northug Make His Money & Wealth?

Born on January 6, 1986, in Mosvik, Norway, Petter Northug grew up in the village of Framverran, where he took up skiing at a young age. By the time he was in his late teens, his talents had caught the attention of several ski manufacturers, all of whom had offered him lucrative contracts. In the end, he signed with Fischer, a well known Austrian company.

As a junior, he competed in numerous events; not only did he win the Junior World Championships six times, but he had also medalled at the Norwegian National Championships. After a successful career as a junior, be made it to the senior national team for the 2006-07 season.

Despite his impressive feats however, he was ultimately not chosen for the Norwegian Olympic Team for the 2006 Winter Games. While disappointed, he went on to win the 4x10km relay event at the Norwegian National Championships.

Ultimately, it wasn’t until 2010 that he had the opportunity to represent his country at the Winter Olympics in Vancouver, Canada. Though he finished 41st place in the first event, he eventually managed to place third in the Spring Event. Shortly afterward, he alongside Oystein Peterson, won a gold medal in the Team Sprint. Naturally, the medals would have been accompanied by a set amount of prize money.

Though he hasn’t competed in the Olympic Games since, he has continued to take part in the World Championships. In fact, from 2011 to 2015, he successfully won nine gold medals in a variety of disciplines including the individual spring, 4x10km, team spring, 50km classical, among others.

Though there’s no official breakdown for his income, it’s obvious that the two-time Olympic medalist has received a fair share of endorsements over the years.

In addition to that, he’s also been involved with a few TV projects- for instance, he was featured in the mini TV series, Sirius Northug in 2013.

As far as we can tell, Petter Northug is currently single and not in a relationship. In the past, he had dated Rachel Nordtomme.

Does Petter Northug Have Any Children?

No, Petter Northug does not have any children.

Did Petter Northug Go to College?

As far as we know, Petter Northug has not gone to college.

What is Petter Northug Famous For?

As a cross-country skier, Petter Northug is perhaps best known for having won the World Championships 13 times. In addition to that, he has also won four Olympic medalists, two of which are gold.

What Kind of Vehicle Does Petter Northug Drive?

Information on Petter Northug’s vehicle is unavailable at this time.

How Much Money Did Petter Northug Make Last Year?

Information on Petter Northug’s annual earnings for 2017 is not available.

Last season, he participated in his sixth World Championships, where he finished fifth in the sprint and eighth in the 50km mass start event. As far as we can tell, he has not competed in any recent events since then.

Did you know that you can connect with the Olympic champion via social media? That’s right, Petter Northug is active on a few outlets including Twitter (@PetterNorthug1) and Instagram (@Jantelov1). On Facebook, you can also visit his official fan page by clicking here.