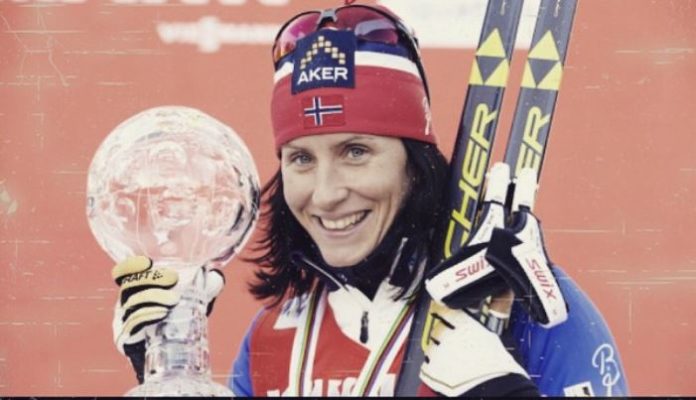 One of the most successful cross-country skiers in Norway, Marit Bjorgen has won numerous titles throughout her career. Not only has she won 18 gold medals at the World Championships, but she has also finished first on the podium at the Winter Olympics seven times.

Most recently, she participated in her fifth Olympic Games in Pyeongchang, South Korea. Representing Norway, she successfully won the 4 x 5km relay event, for her seventh gold medal. In addition to that, she also won a silver, and three bronze in the 15km skiathlon, 10km freestyle, and team spring events respectively.

Considering her success as a skier, is it safe to assume that the 37-year-old is doing well for herself? How lucrative has her professional career been? Does she receive any prize money for her wins? Endorsement offers? From what we can gather, Marit Bjorgen’s estimated net worth is currently around the $3.5 million mark. Where did this fortune of hers come from? We’ll be taking a look at this down below.

How did Marit Bjorgen Make Her Money & Wealth?

Born on March 21, 1980, in Norway, Marit Bjorgen grew up on a farm in Rognes, where she learnt how to ski as a young child. Quickly mastering the basic skills, she later competed for the first time at the age of seven. Several years later, she made her World Cup Debut in 1999. From there, she eventually competed and won her first World Cup in 2002.

That same year, she made her Olympic debut at the Winter Games in Salt Lake City. A competitor in the 15km mass start, 30km freestyle, and 4 x 5km relay events, she ended up finishing second for a silver medal in the relay.

Next, she took part in the 2006 Winter Olympics, at the age of twenty-five. That year, she won another silver, this time in the 10km freestyle. Ultimately, it wasn’t until another a few years later, that she won her first Olympic gold during the 2010 Winter Games. A breakthrough for the athlete, she ended up winning three gold medals, for the pursuit, sprint, and 4×5 km relay. For each gold medal, she would also receive a hefty amount of prize money from Norway.

At her fourth Olympic Games in 2014, she replicated her earlier success for three additional gold medals in the team sprint, 30km freestyle, and pursuit events. Fast forward to now, and she has also won a gold medal in the 4×5 km relay at the 2018 Winter Games. In addition to that, she also won two bronze, and a silver. With that, she has won the most medals in the history of the Winter Olympics.

As far as other projects go, she, like most Olympians, have appeared multiple times on television. For instance, she has been featured in Golden Goal, Skavlan, God Kveld Norge, and Dagsrevyen in her native Norway.

She currently resides with her partner, Fred Borre Lundberg, who also happens to be a former Olympic champion.

Does Marit Bjorgen Have Any Children?

Yes, it was announced in 2015 that she was pregnant.

Did Marit Bjorgen Go to College?

At this time, not much information is available on Marit Bjorgen’s education history.

What is Marit Bjorgen Famous For?

As an athlete, Marit Bjorgen is perhaps best known for having won the most medals in the history of the Winter Olympics. Most recently in the 2018 Games, she won a gold in the 4 x 5 km relay.

Aside from the Winter Olympics, Bjorgen has also made herself known in the World Champions, with well over a dozen victories to her name.

The last that we’d heard, she was living in the neighborhood of Holmenkollen, Oslo, with her partner, Fred Borre Lundbered.

What Kind of Vehicle Does Marit Bjorgen Drive?

Information on Marit Bjorgen’s vehicle is unavailable at this time.

How Much Money Did Marit Bjorgen Make Last Year?

Information on Marit Bjorgen annual earnings for 2017 is not available.

As mentioned earlier, Bjorgen recently won four medals for Norway at the 2018 Winter Olympics in Pyeongchang; these include the 10km individual, pursuit, 4×5 relay, and team spring events. With that, she has won a total of fourteen Olympic medals.

If you’d like to support the Olympic champion, how about giving her a follow on social media? You can find her on a few outlets including Twitter (@Martibjorgen) and Instagram (@Mabjoerg). On Facebook, she also has a fan page which you can visit here.