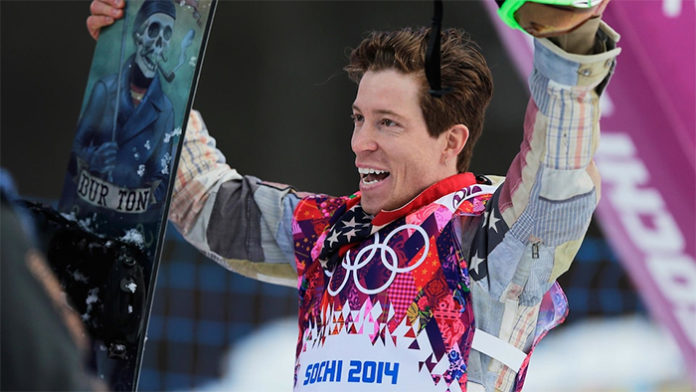 A professional snowboarder, Shaun White is perhaps best known for having won thirteen consecutive gold medals at the X-Games (2003 to 2013). As if that wasn’t impressive enough, he has also won the Halfpipe event twice at the 2006 and 2010 Winter Olympic Games.

Aside from his career as an athlete, White is involved with a few other projects- for instance, he currently plays the guitar for the rock band, Bad Things. In addition to that, he has also acted on a few occasions in the film, Friends with Benefit and in the Disney Original Movie, Cloud 9. In 2013, he even lent his voice to an episode of American Dad!.

How successful is the snowboarder financially? How much has he earned from the sport over the years? What are prizes involved in the competitions that he’s won? From our research, Shaun White’s current net worth hovers around the $40 million mark. Where did most of this wealth come from? What endorsements does he have? We’ll be addressing some of these questions down below, so be sure to stay with us.

How did Shaun White His Money & Wealth?

Born on September 3, 1986, in San Diego, California, Shaun White initially started skateboarding after following his older brother to a local skate park. From there, he eventually took up snowboarding when he was six years old. Naturally talented, he later won his first competition the following year. By the time he was in his early teens, he had become a star on the amateur circuits, with several titles to his name.

At the age of twenty, White participated in his first Winter Olympic Games in Turin. Though he almost landed himself out of the competition after a subpar run, he managed to catch up in the subsequent rounds- he later successfully won the gold medal in the half-pipe event.

Later that same year, he won the Snowboard Halfpipe title for the third consecutive time at the 2008 US Open Snowboarding Championships. From there, he also won the US Open, where he placed first in the halfpipe, and third in the slopestyle. For all of the above, he won a total of $210,000 in prize money, as well as a brand new Corvette.

A couple of years later in 2010, White participated in his second Winter Olympics in Vancouver, where he successfully repeated his win in the halfpipe event.

Since then, he has also competed at the 2014 Winter Olympics, where he finished fourth. Later this month, he will also be representing the US Team at the 2018 Winter Olympics in PyeongChang.

As far as endorsements go, he has worked with several brands over the years including Target, Red Bull, Birdhouse Skateboards, Oakley, Adio, and Hewlett-Packard, to name a few. In 2009, it was estimated that he had earned $9 million from said deals.

Outside of the sport, White is also involved with other things such as acting and music. For instance, he has appeared in the films Cloud 9 and Friends with Benefits. Since 2012, he has also been playing the guitar for a rock band called Bad Things.

No, he isn’t. With that said, he has been dating Sarah Barthel (a member of the music duo, Phantogram) since 2013.

Does Shaun White Have Any Children?

No, Shaun White does not have any children.

Did Shaun White Go to College?

What is Shaun White Famous For?

As a professional snowboarder, Shaun White is best known for having won the Halfpipe event twice at the Winter Olympics (2006 and 2010).

He currently lives in California. For his training, however, he previously stayed in New Zealand. Further information is not available.

What Kind of Vehicle Does Shaun White Drive?

Information on Shaun White’s vehicle is unavailable at this time.

How Much Money Did Shaun White Make Last Year?

Despite the fact that he experienced an injury (which required many stitches) during his training earlier this year, he will be representing the US Olympic Team at the 2018 Games in Pyeongchang, South Korea.