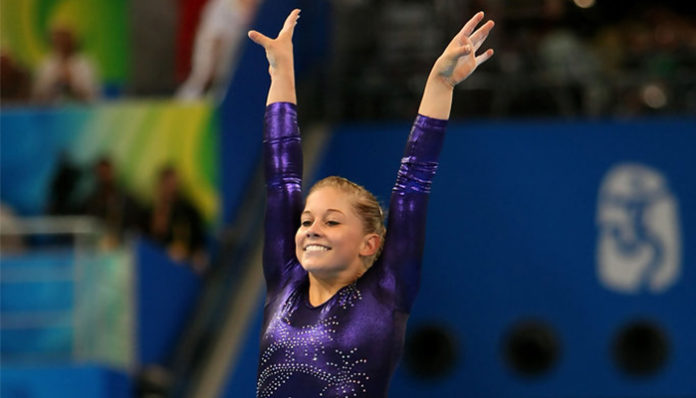 A former artistic gymnast, Shawn Johnson won many events throughout her professional career- including the Olympics Games. Born and raised in Iowa, she obtained numerous titles throughout the late 2000’s; for instance, she is a five-time Pan American Games gold medalist.

Though she has since retired, Johnson remains active with a number of projects. For instance, she competed in the all-star edition of Dancing with the Stars in 2012. Speaking of television appearance, she has also competed in the MTV’s, The Challenge and in the NBC’s Celebrity Apprentice. In addition to all that, she has published three books, the most recent of which came out in 2016.

Taking into consideration all that she’s managed to accomplish- both in and outside of gymnastics, surely she’s earned herself a fair amount over the years? How rich is she? From our research, Shawn Johnson’s current net worth is around the $9 million mark. What are her biggest money-makers as of 2018? How many things does she have going for her nowadays? We’ll be going through her career briefly down below.

How did Shawn Johnson Make Her Money & Wealth?

Hailing from Des Moines, Iowa, Shawn Johnson grew up as the only child in the family. Noticing her tendency to climb cabinets and jump off tables, her parents signed her up for gymnastics at the age of there. Coached by Liang Chow at his school in West Des Moines, it wasn’t long before her potential became obvious to those around her.

As it happened, it was her coach, that had reached out to Marta Karolyi, the National Team Coordinator; not long after sending a video of Johnson, the youngster was invited to the national training camps.

Competing as a junior, she eventually garnered widespread attention after placing third at the 2005 U.S. Classic. Later a senior in 2007, with several new skills under her belt, she participated in the Tyson American Cup, where she defeated Natasha Kelley for the champion title.

A year later, she represented the United States at the 2008 Beijing Olympic Games. An asset to the team, she won gold on the balance beam, and silver on the floor and all-around events.

As her popularity grew, more and more opportunities came her way. For instance, she was invited to join The Tour of Gymnastics Superstars in 2008. Later that year, she also headlined the Progressive Skating and Gymnastics Spectacular event which was held in South Dakota. Obviously, she’d receive a decent amount of pay for her attendance at such events.

Unsurprisingly, the Olympic champion has also appeared in numerous television commercials. Over the years, some of the brands that she’s represented include Crest, Circuit City, Nestle, Eukanuba, Longines, and Oroweat. In 2011, it was also announced that she had signed an endorsement deal with Nike.

As far as other ventures go, the twenty-something has also published three books. The first titled, Shawn Johnson: Olympic Champion-Stories Behind the Smile was released in 2008. Since then, she has come out with another memoir, as well as a young adult novel.

Since 2016, she has been married to Andrew East, a former player for the Vanderbilt football team.

Does Shawn Johnson Have Any Children?

It was recently revealed that she had suffered a miscarriage in 2017.

Did Shawn Johnson Go to College?

At one point, she was enrolled in Vanderbilt University; prior to the beginning of classes in 2013 however, she withdrew.

What is Shawn Johnson Famous For?

Shawn Johnson rose to fame for her skills as an artistic gymnast in the late 2000’s. In 2008, she won a gold medal for her performance on the balance beam at the Beijing Olympic Games.

She currently lives with her husband in Nashville, Tennessee.

What Kind of Vehicle Does Shawn Johnson Drive?

Information on Shawn Johnson’s vehicle is unavailable at this time.

How Much Money Did Shawn Johnson Make Last Year?

Information on Shawn Johnson’s salary is unknown at this time

Last year, she was featured in the second season of Adventure Capitalist. In addition to that, she also participated in The Challenge: Champs vs. Stars in late 2017. Premiered on November 21, 2017, she was eventually eliminated in the fourth episode.

Want to see more from the former gymnast? Why not add her on social media? You can find Shawn Johnson on Twitter at @ShawnJohnson or Instagram at @ShawnJohnson. While you’re at it, don’t forget to also support her on Facebook- you can visit her official fan page here.