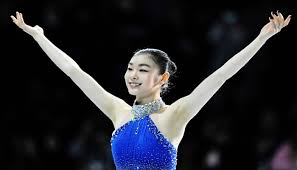 A professional figure skater, Yuna Kim has represented South Korea in numerous competitions over the past years. Not only is she an Olympic champion, but she has also won the World Championships, Four Continents Championships, Grand Prix Final, and World Junior Championships, among a few others.

Known for her superb skating skills and artistry, she had, in fact, never finished a competition of the podium throughout her entire career. Today, she is regarded by many as one of the best female skaters of all time. In fact, according to Forbes, she is also one of the highest paid athletes in the world.

With that said, just how lucrative has her skating career been? How much has her notoriety earned her over the years? From our research, Kim Yuna’s current net worth is around $21 million. Where did the twenty-something earn this staggering amount from? What are her biggest sources of income? Stay tuned- we’ll be addressing this question down below.

How did Yuna Kim Make Her Money & Wealth?

Born on September 5, 1990, in South Korea, Yuna Kim spent most of her childhood in the small city of Gunpo. Like most figure skaters, she took to the ice at a young age- when she was six, to be exact. Ultimately, it was her first coach that had suggested to her mother that she continue to skate, after realizing her potential.

For the initial years, training proved to be difficult due to the lack of facilities in South Korea. In order to practice, it wasn’t uncommon for her to have to visit the rink late at night or very early in the morning.

Not long afterward, she made her senior debut at the 2006 Skate Canada event. Continuing to train and compete over the next few years, Kim eventually won the Gold medal at the 2010 Winter Olympic Games. Not only did she achieve a personal best, but she had also set a new world record with her total score.

A fan favorite, it’s not surprising to know that she was offered a number of endorsements over the years. In fact, she is currently sponsored by Samsung, Nike, Korean Air, Hyundai, and Kookmin Bank.

In addition to that, she has performed at several ice shows over the years. If anything, she would have been paid a decent amount for each performance and event. At one point in 2009, Kim even had the opportunity to perform with her long-time idol, Michelle Kwan, on the ice. According to Forbes, she had earned $9.7 million in 2010.

In addition to her media appearances, the skater has also worked on several music projects. Some of the songs that she’s performed in the past include The Star Show, Super Girl, Ice Flower, Homage to Korea, The Queen on Ice, and Homage to Korea, a number of which are collaborations with other artists.

As far as we know, she is currently single. In the past, she had dated ice hockey player, Kim Won Joong.

Does Yuna Kim Have Any Children?

Did Yuna Kim Go to College?

In 2013, she obtained a bachelor’s degree in Sports Education from Korea University.

What is Yuna Kim Famous For?

The figure skater garnered an incredible amount of attention after winning the ladies’ singles event at the 2010 Winter Olympic Games held in Vancouver.

What Kind of Vehicle Does Yuna Kim Drive?

Information on Yuna Kim’s vehicle is unavailable at this time.

How Much Money Did Yuna Kim Make Last Year?

Most recently, she has been named as one of the official ambassadors for the 2018 Winter Olympic Games to be held in South Korea. Earlier this year, she was also featured in a Cola-Cola campaign alongside actor, Park Bo-Gum.

Want to see more from the Olympic Champion herself? You can follow Yuna Kim on a few social media platforms including Twitter (@Yunaaaa) and Instagram (@YunaKim). On Facebook, she also has an official fan page, which you can visit here.