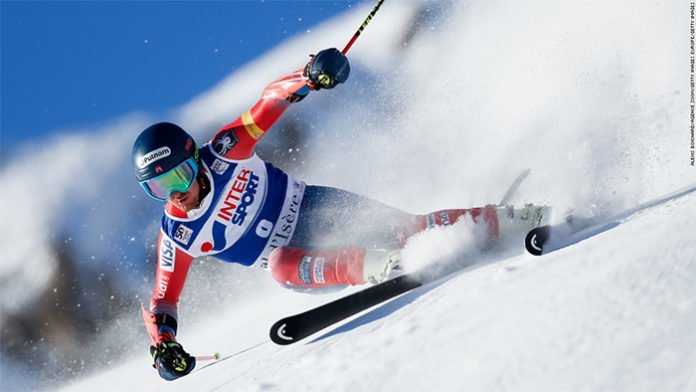 One of the greatest giant slalom skiers of all time, Ted Ligety has won numerous competitions throughout his career. A five-time World Champion, he has also won two gold medals at the Winter Olympic Games. Most recently, he represented the U.S. at the 2018 Winter Games in Pyeongchang, where he placed fifth in the men’s combined event.

Aside from his achievements as a ski racer, he’s also a successful entrepreneur, having co-founded Shred Optics. Based in Utah, and Italy, the company manufactures a variety of products including goggles, helmets, and sunglasses, all of which are designed for outdoor recreation.

Considering his accomplishments, how financially stable is he? To put it bluntly, how rich is the 33-year-old? From our research, Ted Ligety’s current net worth hovers around $2 million. What are his greatest money makers? How much has he received in the form of prize money? These are some of the questions that we’ll be exploring down below.

How did Ted Ligety Make His Money & Wealth?

Born on August 31, 1984, in Salt Lake City, Utah, Ted Ligety was brought up in Park City, where he began skiing at the age of two. Naturally talented, he quickly mastered the skills necessary; by the time he was ten, he had started to take part in local races. Following his high school graduation, he was invited to join the U.S. Skiing Development Team.

Not long afterward, he secured a silver medal in the Junior World Championships. From there, he made his World Cup debut in the giant slalom, coached by Sasha Rearick. Satisfied with his efforts, Ligety was later added to the U.S. Ski Team on a full-time basis.

At the age of twenty-one, he competed in his first Winter Olympic Games in Turin, Italy. Responsible for his rise to prominence, his victory in the combined event went on to earn him a considerable amount of attention in the U.S. With that, he became the first American athlete to win gold in the alpine skiing in over a decade. Of course, the medal would also come with a money payout.

Over the next several years, Ligety continued to prove himself as a worthy alpine ski racer, having won a handful of gold medals at the World Champions. With that said, it wasn’t until 2014, that he returned to the podium at the Winter Olympics (he had previously competed in the 2010 Winter Games).

That year, he successfully won a gold medal in the Giant Slalom event, making him the first American ski racer to achieve such a feat.

Fast forward to 2018, and he has once again been named to the U.S. Olympic Team at the 2018 Winter Games. Held in Pyeongchang, he will be participating in the Slalom, Giant Slalom, Super G, and Combined events.

While it’s likely he earns a decent amount from his skiing career, he has another thing going for him- his business venture, Shred Optics. Co-founded by Ligety in 2006, they manufacturer a variety of items designed for skiing, snowboarding, and other outdoor activities such as goggles, and sunglasses.

Does Ted Ligety Have Any Children?

As far as we can tell, Ted Ligety does not have any children.

Did Ted Ligety Go to College?

As far as we know, Ted Ligety has not gone to college.

What is Ted Ligety Famous For?

As a professional ski racer, Ted Ligety is perhaps best known for his two victories at the Winter Games in 2006 and 2014.

He currently resides in Park City, Utah, with his wife. Photos of his home are unavailable.

What Kind of Vehicle Does Ted Ligety Drive?

Information on Ted Ligety’s vehicle is unavailable at this time.

How Much Money Did Ted Ligety Make Last Year?

Information on Ted Ligety’s annual earnings for 2017 is not available.

As mentioned briefly earlier, Ligety was chosen to represent the U.S. Olympic team in January 2018. Since then, he has been competing in the 2018 Winter Games in Pyeongchang, South Korea. So far, he has finished 15th in the Giant Slalom and in 5th place in the Combined event.

Want to support the Olympic athlete on social media? If so, why not give him a follow? You can find Tedy Ligety on Twitter (@Tedligety) or on Instagram (@Ted_ligety). On Facebook, he also has a fan page which you can check out here.