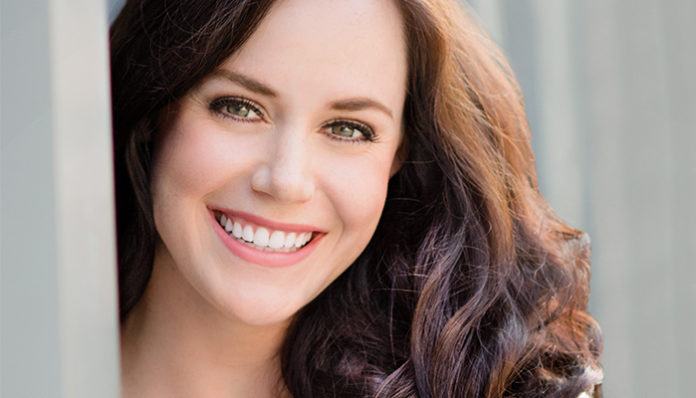 A Canadian ice dancer, Tessa Virtue has won countless titles with her partner, Scott Moir over the years. An Olympic Gold Medalist, she and Scott have participated in many competitions including the Grand Prix Final, World Championships, and Four Continents Championships, to name a few. Most recently, they received the silver medal at the Grand Prix Final held in Nagoya, Japan in 2017.

A world record holder, Tessa, and Scott are currently the longest-standing ice dance team in the history of Canada, having been together for 20 years. Later this month, they will be defending their Olympic title at the 2018 games to be held in PyeongChang, South Korea.

With all that said, how well-off is the professional athlete? How rich is she? From our research, Tessa Virtue currently has an estimated net worth of $2 million. As an ice dancer, where do most of her earnings come from? How did she come about this fortune of hers? We’ll be trying to figure this out below, so be sure to keep on reading.

How did Tessa Virtue Make Her Money & Wealth?

Born on May 17, 1989, in Ontario, Canada, Tessa Virtue grew up as the youngest of four children. A few years after getting into skating, she paired up with Scott Moir in 1997, at the age of eight. At the beginning of their career, the two were coached by Scott’s aunt; they later moved their training to Kitchener-Waterloo with Suzanne Killing and Paul MacIntosh.

In 2010, the pair were selected for the Olympic Games to be held in Vancouver. Representing Canada, they eventually won the gold medal, making them the first ice dancers to have achieved such a feat since 1976. Later that same year, they also won gold at the World Championships held in Turin.

Continuing her ice dancing journey with Scott, the two have gone on to participate in numerous other competitions since including the Canadian Championships, Grand Prix Final, and Four Continents Championships, to name a few. Most recently, they also finished first at the Canadian Tire Figure Skating Championships in January 2018.

As it’s typically the case, the ice dancer embarks on a number of ice shows throughout the year (when she isn’t competing) as a means of offsetting costs. For instance, she has taken part in the shows All That Skate, Shall We Dance on Ice, and Festa on Ice. Of course, she has also toured with other figure skaters with Stars on Ice, a show that has brought her to many countries including Japan.

In late 2013, she also co-starred in the TV show, Tessa and Scott, which centered around their training for the Olympic Games.

No, she is not married. As far as we know, she is currently not in a relationship.

Does Tessa Virtue Have Any Children?

No, Tessa Virtue does not have any children

Did Tessa Virtue Go to College?

Previously, she studied psychology at the University of Windsor. Since then, she has also worked toward a degree at Western University.

What is Tessa Virtue Famous For?

Tessa Virtue is best known as one half of the ice dancing duo, Tessa and Scott. Throughout their career, they have won numerous titles, including an Olympic gold medal.

Tessa Virtue currently lives in Ontario, Toronto, where she continues her training with Scott.

What Kind of Vehicle Does Tessa Virtue Drive?

Information on Tessa Virtue’s vehicle is unavailable at this time.

How Much Money Did Tessa Virtue Make Last Year?

Information on Tessa Virtue’s salary is unknown at this time

Not long after winning the 2018 Canadian National Championships, she and Scott were named as the Canadian flag bearers for the 2018 Winter Olympic Games to be held in Pyeongchang, South Korea. Of course, they’ll also be working to defend their Olympic title at the same event later this month.

Want to stay connected to the ice star? You can follow Tessa Virtue on a few social media outlets including Twitter (@TessaVirtue) and Instagram (@TessaVirtue17). If you’re a fan, don’t forget to also like their official Facebook fan page- you can visit it here.