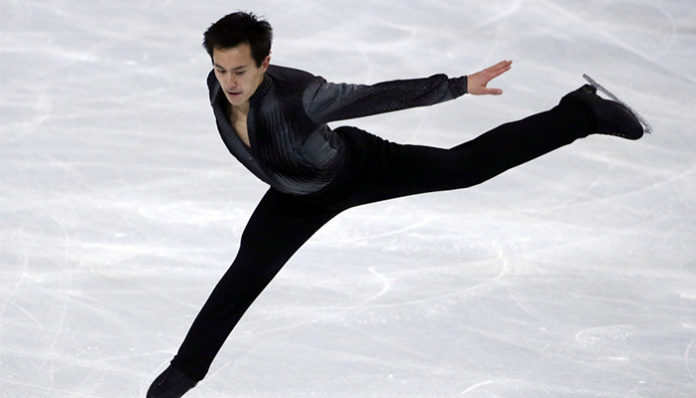 A three-time World Champion, Patrick Chan has been skating since the age of five. Though he originally aspired to play hockey, it wasn’t long before he was attracted by the spins and jumps of figure skating. By the time he was eleven years old, he was competing at the juvenile level at the National Championships.

Since then, he has taken strides in his skating career. One of the top skaters in all of Canada, he has represented the country at numerous events over the years- including the Winter Olympics twice (soon to be three times). Most recently in 2014, he successfully took home the Silver Medal at Sochi.

With his success and popularity in the figure skating world, surely he’s attained some degree of wealth? How well off is he? From what we can gather, Patrick Chan’s current net worth is around the $1 million mark. As a skater, where do most of his earnings come from? How much has he received from winning competitions? We’ll be trying to locate the answers to these questions below.

How did Patrick Chan Make His Money & Wealth?

Born on December 31, 1990, in Ottawa, Ontario, Patrick Chan grew up in Montreal, Quebec, where he pursued a number of sports such as golf, and table tennis. Eventually moving to Toronto, he took up ice skating at the age of five. Though he was initially interested in playing hockey, his attention soon turned toward figure skating.

Putting everything into the sport, he eventually made it to the national level in 2001, where he competed as a juvenile. By the 2006-07 season, Chan had made his senior debut. Determined to succeed, his efforts and training led him to win four gold medals at the 2008 World Championships. A couple of years later, he participated in his first Winter Olympic games, which was held in his home country, Canada.

Though he finished fifth overall, the overall experience had made him realize how proud he was to be Canadian. Four years later, he competed in the 2014 Winter Olympic Games held in Sochi. With more training under his belt, he successfully took home the silver medal.

Since then, Chan has continued to compete in numerous competitions- some of these include 2016, 2017, 2018 Canadian Championships, and the 2016 Four Continents Championships.

As a professional figure skater, it’s not surprising to know that most of his earnings come in the form of prize money. In addition to that, however, he also yields a decent amount from performing in ice shows. For instance, he’s a regular performer with both Stars on Ice and Festa on Ice.

As it is, however, figure skating is an expensive sport; for instance, it was said that his expenses in 2011 were approximately $150,000 CAD. In order to fund his career, his parents have made countless sacrifices- something that Chan is more than aware of. As a means of supporting his own skating, he has held multiple fundraisers in the past.

No, he is not married. As far as we can tell, Patrick Chan is currently single.

Does Patrick Chan Have Any Children?

Did Patrick Chan Go to College?

In the past, he studied economics at Colorado College. Due to his training schedule, he was only able to take one course at a time.

What is Patrick Chan Famous For?

Patrick Chan is best known as one of the most talented figure skaters from Canada.

Originally from Toronto, Canada, he has been training in Vancouver for the past year. Further information on his location is unavailable

What Kind of Vehicle Does Patrick Chan Drive?

Information on Patrick Chan’s vehicle is unavailable at this time.

How Much Money Did Patrick Chan Make Last Year?

Information on Patrick Chan’s salary is unknown at this time

The figure skater recently competed at the Canadian National Championships in Vancouver, where he took home the gold medal. Later this month, he will be representing Canada at the 2018 Winter Olympics in PyeongChang, South Korea. Until then, he will be continuing rigorous training in Vancouver.

Did you know that you can follow the figure skater on social media? That’s right, Patrick Chan is active on a few platforms- for instance, you can find him on Twitter at @PChiddy and Instagram at @Pchan31. If you’re active on FB, you can also support him on his official fan page by clicking here.