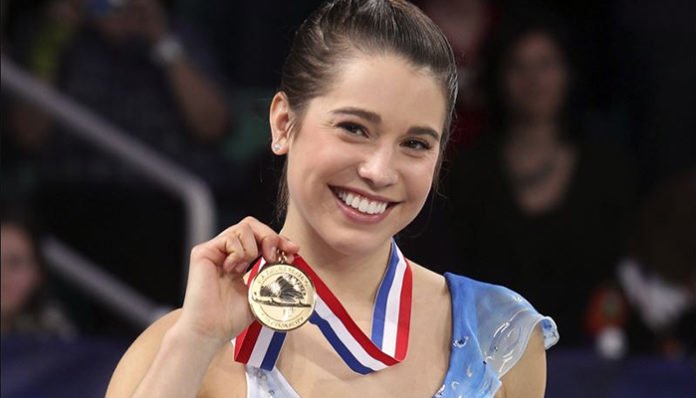 A former figure skater, Alissa Czisny had won the U.S. National Championships twice during her competitive career. Not only that, but she was also a two-time Skate Canada champion, a Grand Prix Final champion, and a Skate America champion.

A member of the Detroit Skating Club, she had gained a reputation for her excellent spins over the years. Coached by Jason Dungjen, Yuka Sato, among a few others, she had achieved her personal best score at the 2011 World Championships. Three years later in 2014, she announced that she would be stepping down from the competition.

Where is the skater now? How rewarding had her career on ice been? Was she able to make a decent income over the years? Since her retirement, what projects have she taken up? How well off is the 30-year-old? Unfortunately, Alissa Czisny’s net worth is not yet available. While we’re here, talking about her though, let’s take a closer look at some of her on-ice accomplishments.

How did Alissa Czisny Make Her Money & Wealth?

Born on June 25, 1987, in Sylvania, Ohio, Alissa Czisny began skating at the age of one and a half, alongside her twin sister, Amber. At the time, she had accompanied her mother to the rink, as she did not want to be left at home with the babysitter. Over the next few years, she mastered various skills on the ice; in order to improve her strength and flexibility, she later also took ballet lessons.

Ultimately, she first gained attention after winning the gold medal at the 2005 Skate Canada International; she was eighteen at the time. From there, she eventually won silver at the 2005 Skate America, where her free skate had earned her a standing ovation. Later that season, she also competed at the Grand Prix Final, and 2006 U.S. Championships, where she placed seventh.

Two years after winning her first medal at the U.S. Championships, Czisny won the national title in 2009. A couple of years later, she would replicate her success at the 2011 Championships in Greensboro. That same season, the skater also won a gold medal at the 2010-11 Grand Prix Final in Beijing.

Though she initially intended to earn a spot on the 2014 U.S. Olympic Team, she chose to withdraw from the Midwestern Sectionals, despite having qualified for the event. A few months afterward, she announced that she had decided to retire from competition. Though she no longer competes, she still skates in ice shows and exhibitions. In the future, she will also be pursuing a career as a skating coach.

As far as other things go, she has also appeared in many television programs over the years. For instance, some of her credits include the shows Skate for the Heart, Ice Diaries, Fashion on Ice, and Pandora Unforgettable Holiday Moments on Ice.

According to her IMDb page, Czisny will soon also be making her acting debut in the 2018 film, Ice.

As far as we can tell, Alissa Czisny is currently not married.

Does Alissa Czisny Have Any Children?

No, Alissa Czisny does not have any children that we know of at this time

Did Alissa Czisny Go to College?

What is Alissa Czisny Famous For?

As a competitive figure skater, Alissa Czisny is perhaps best known for having won the 2009 and 2011 U.S. Championships. During the 2010-11 season, she had also won the Grand Prix Final in Beijing.

What Kind of Vehicle Does Alissa Czisny Drive?

How Much Money Did Alissa Czisny Make Last Year?

Information on Alissa Czisny’s annual earnings for 2017 is not available.

As mentioned earlier, the former skater will be appearing in the upcoming sports drama film, Ice later this year. Directed by Peter Paul Basler, it will revolve around two elite-level figure skaters.

Unfortunately for us fans, it doesn’t look like Alissa Czisny is active on social media. With that said, she does have an official fan page on Facebook, which you can check out by clicking here.