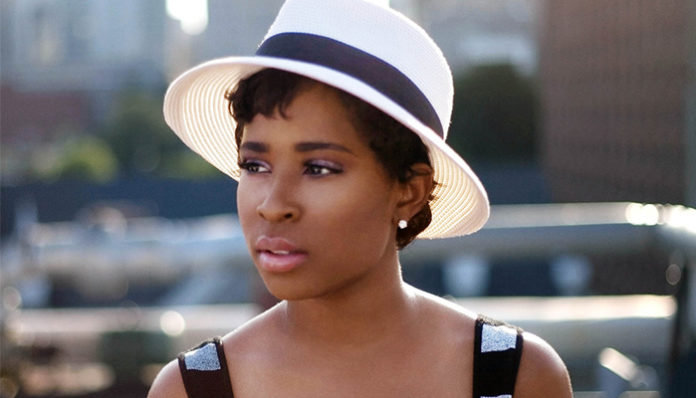 An American rapper, Dej Loaf launched her music career with the release of her debut single, Just Do It in 2012. Since then, she has risen to greater success with hits such as Try Me, Back Up, and Hey There, all of which have received RIAA accreditation. In 2015, she issued her debut extended play, …And See That’s The Thing.

Over the years, she has also collaborated with many artists such as Kid Ink, The Game, Chevy Woods, and Elijah Blake. In fact, she had recently released a collaborative mixtape, Fuck a Friend Zone with Jacquees.

Considering all the work she’s done, how successful is she today? How much has she managed to bank over the years? From our research, Dej Loaf’s current net worth is around the $2 million mark. Where did the majority of this wealth come from? What are her biggest projects to date? Below, we’ll be exploring some of these questions.

How did Def Loaf Make Her Wealth & Money?

Born on April 8, 1991, in Detroit, Michigan, Dej Loaf was brought up on the East Side of the city by her parents. Growing up, she often listened to music in the household, especially to the works of Miles Davis, Rakim, and 2Pac. By the time she was nine years old, she had begun to write her own music. Though she initially intended on studying nursing at university, she later dropped out in opt of a full-time music career.

In 2012, she released her first mixtape, Just Do It. An 18-track project, it boasted the titles Doing It Big, Feeling Good, College, and Meant for Me, among others. While the project garnered her some underground attention, it wasn’t until she released her next album, that her popularity began to go up.

Her second mixtape, Sell Sole, was released two years afterward, in 2014. As it had happened, one of its singles, Try Me proved to be a breakthrough hit- not only did it chart at number 45 on the Billboard Hot 100, but it had also reached as high as number 8 on the Top Rap Songs chart. To date, more than 500,000 copies have been sold, a feat that has earned it gold certification from the RIAA. Considering its success, there’s no question that the single had yielded the rapper a decent amount of earnings.

In 2015, Dej Loaf issued her debut EP, …And See That’s The Thing. An overall success, it gave rise to two additional hit songs, Hey There (Feat. Future), and Back Up (Feat. Big Sean), both of which have since received RIAA accreditation. In fact, the extended play itself had also reached number 47 on the Billboard 200- a feat for the rising rapper.

In addition to her solo efforts, she has collaborated with many artists such as Lil Durk, Kid Ink, The Game, and Chevy Woods over the years. Some of her most popular collabs include Tied Up and Be Real.

On top of what she earns from her musical releases, it’s also likely that she pulls in extra earnings from putting on concerts throughout the year.

Since 2014, she has been in a relationship with fellow rapper, Lil Durk.

Does Dej Loaf Have Any Children?

Dej Loaf does not have any that we know of.

Did Dej Loaf Go to College?

After high school, she went to Saginaw Valley State University, where she briefly studied nursing. In the end, she had chosen to focus on her music career full-time.

What is Dej Loaf Famous For?

Dej Loaf initially rose to fame with the release of her 2014 hit, Try Me. Since then, her popularity has soared further with the subsequent singles, Back Up and Hey There.

Dej Loaf currently lives in Michigan. Further details on her location are not available at this time.

What Kind of Car Does Dej Loaf Drive?

Details on Dej Loaf’s vehicle is not available.

Unfortunately, information regarding Dej Loaf’s 2017 salary is not available.

Last year, she teamed up with Jacquees on the mixtape, Fuck a Friend Zone. In term of upcoming projects, it would appear that she’s currently working on her debut studio album, Liberated.

Want to support the artist online? How about following Dej Loaf on social media? You can find the rapper on Twitter or Instagram at @DejLoaf. If you’re on Facebook, you can also check out her fan page by clicking here.