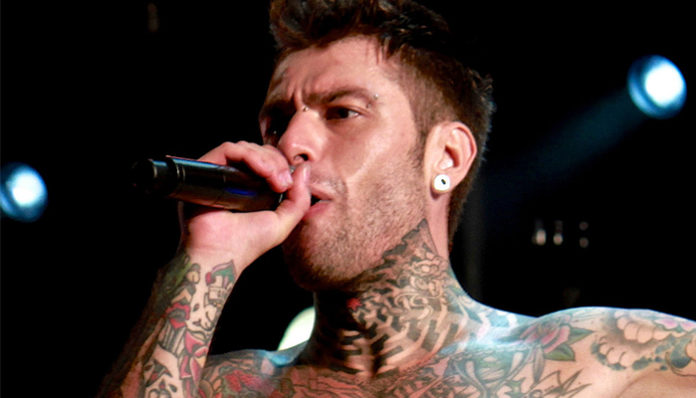 An Italian rapper, Fedez has been churning out hits since the early 2010’s. Since the release of his debut single, his popularity has only soared further with his subsequent albums, a few of which have topped the Italian music chart. Today, some of his top singles include Magnifico, Vorrei ma non pots, Assenzio, and Senza pagare.

In addition to his singles and albums, he’s also dropped a number of EPs and mixtapes over the years including Pat-a-Cake, and BCPT, both of which were met with praise. Highly celebrated, the artist has garnered a handful of accolades throughout his career including an Italian MTV Award and a Lunezia Award.

How well off is the rapper, considering the impact that he’s made in the Italian hip-hop scene? How successful is he? From our research, Fedez’s current net worth hovers around the $10 million mark. How did this fortune of his come to be?

How did Fedez Make Her Wealth & Money?

Born on October 15, 1989, in Milan, Italy, Fedez spent his early childhood between Corsico and Buccinasco, before moving to Rozzano with his family. Interested in rap music ever since his teens, he put together his first album, Penisola che non c’e in his early twenties. Made available as a digital download, its musical content revolved around various social and political issues.

A few months later, he followed up with a second album titled, Il mix primo disco da venduto. Though it was more successful than his debut effort, it wasn’t until the release of his next project in 2013, that he was rocketed toward stardom.

That spring, he came out with his third album, Sig. Brainwash – L’arte di accontentare. A huge hit, it had peaked at the top of the Italian music charts. Not only that, but it has since gone platinum three times in his native Italy. Among its playlist was the hit single, Cigno Nero, which has since received double platinum certification.

Riding on the success of his third album, he released a fourth project, Pop-Hoolista, soon afterward in 2014. Met with a positive reception, it too, peaked at the top of the Italian music chart. His most successful album to date, it has since received 4x platinum accreditation from the FIMI.

Since then, Fedez has released a fifth album titled, Communist col Rolex. A joint venture with J-Ax, it featured guest appearances from Arisa, New, Alessia Cara, and Sergio Sylvestre, among others.

Considering all that’s been said about his music career above, it’s obvious that a significant portion of his wealth came from the success of his singles. In addition to that, however, he also has other things going for him such as concerts and performances, each of which also yields him a decent amount of earnings.

Assuming that he’s also been monetizing his YouTube channel, there’s a high probability that he also rakes in some income from the site.

Since 2016, he has been in a relationship with businesswoman, Chiara Ferragni.

Does Fedez Have Any Children?

Fedez does not have any that we know of.

Did Fedez Go to College?

As far as we can tell, Fedez did not go to college. In fact, he had left during his fourth year of secondary education.

What is Fedez Famous For?

Fedez has churned out a number of popular hits over the years; some noteworthy mentions include Cigno nero, Generation boy, Magnifico, One Last Time, and 21 gram.

Where Does Fedez Live now? Pictures of Fedez’s House

Fedez currently resides in his native Italy. Further details are not available at this time.

What Kind of Car Does Fedez Drive?

Details on Fedex’s vehicle is not available.

Unfortunately, information regarding Fedez’s 2017 salary is not available.

As mentioned earlier, the Italian rapper recently dropped the collaborative album, Communist col Rolex in January 2017. A joint venture with J-Ax, it had reached the top of the Italian music charts. Among its playlist, Senza pagare is the most popular, having gone platinum six times in Italy.

Are you a fan of the rapper? If so, why not follow him on social media? You can find Fedez on a number of platforms including Twitter and Instagram at @Fedez. On Facebook, he also has an official fan page set up, which you can visit by clicking here.