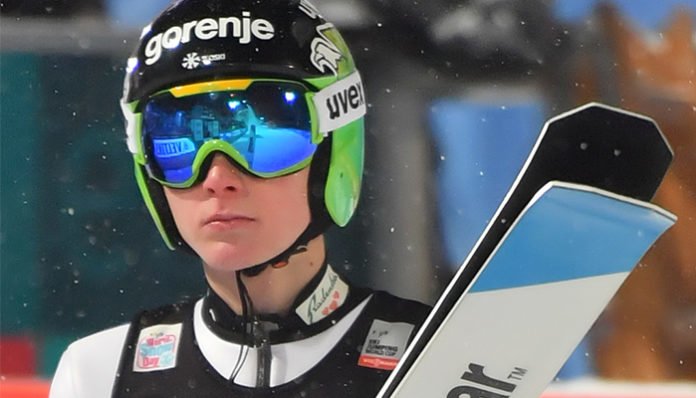 A Slovenian ski jumper, Domen Prevc is the younger brother of Olympian medalist, Peter Prevc. A member of SK Triglav Kranj, he played in his first World cup when he was sixteen, where he finished in eighth place. Not long afterward, he finished on the podium for the first time in Engelberg.

The following season, the teen won his first World Cup title in Kuusamo. On a winning streak, he eventually went on to win three gold medals at the December World Cup events in Engelberg, Lillehammer, and Klingenthal. Recently, he represented Slovenia at the 2018 Winter Olympic Games in Pyeongchang, South Korea.

With all that said, how successful is he compared to his brother? How rewarding has the 18-year-old’s skiing career been so far? How much prize money has he earned over the years? How wealthy is he? Unfortunately, as much as we’d like to know, information on Dmen Prevc’s net worth is not yet available. In the meantime, let’s take a look at what he’s managed to accomplish as a ski jumper so far.

How did Domen Prevc Make His Money & Wealth?

Born on June 4, 1999, in Kranj, Slovenia, Domen Prev took up skiing at a young age, under the influence of his older brother, Peter. By the time he was six years old, he had decided to focus solely on ski jumping. The second of four siblings, he also has another brother as well as a sister, both of whom also took part in the sport. In fact, his father has also been involved as a ski jumping judge on the international level for many years.

At the age of sixteen, he competed in his first European Youth Olympic Winter Festival, which took place in Tschagguns, Austria. Later that same year, he made his World Cup debut in Klingenthal, where he finished eighth overall. Despite that, he eventually managed to finish second on the podium in Engelberg in December 2015. Interestingly enough, his older brother Peter had also made it onto the podium at the same event; with that, they became the first brothers to do so in the history of the World Cup.

The following year, he kick-started the season with a World Cup event in Kuusamo, which saw him winning an individual event. From there, he went on to win three more individual events in Klingenthal, Engelberg, and Lillehammer.

In 2017, he and his brothers represented Slovenia at the World Cup team event in Willingen. Competing in the ski flying event for the first time, he eventually went on to improve his personal best jump to 798 feet.

Most recently this year, he was among one of the athletes to represent Slovenia at the 2018 Winter Olympics in PyeongChang, South Korea. Unfortunately, he did not end up finishing on the podium at the event.

With time, however, it’s highly likely that his skills will continue to improve. If anything, he’ll only be narrowing the distance between himself and his older brother in the near future.

No, as far as we know, Domen Prevc is currently single and not in a relationship.With that said, not much has been revealed about his personal life.

Does Domen Prevc Have Any Children?

No, Domen Prevc does not have any children as far as we know

Did Domen Prevc Go to College?

Unfortunately, we do not have any information on Domen Prevc’s education history at this time.

What is Domen Prevc Famous For?

Women Prevc is perhaps best known for being the younger brother of Peter Prevc, a two-time Olympic medalist who is considered one of the most successful ski jumpers from Slovenia. Alongside his brother, he recently competed at the 2018 Winter Olympics in PyeongChang, South Korea.

We do not have any information on Domen Prevc’s location at this time. Photos of his house are unavailable.

What Kind of Vehicle Does Domen Prevc Drive?

How Much Money Did Domen Prevc Make Last Year?

Information on Domen Prevc’s annual earnings for 2017 is not available.

As mentioned earlier, he recently took part in the 2018 Olympics in PyeongChang.

Want to support the ski jumper online? If so, how about following him on social media? You can find Women Prevc on a few platforms including Twitter (@DomenPrev) and Instagram (@Domen_Prevc1999). On Facebook, you can also drop by his official fan page here.