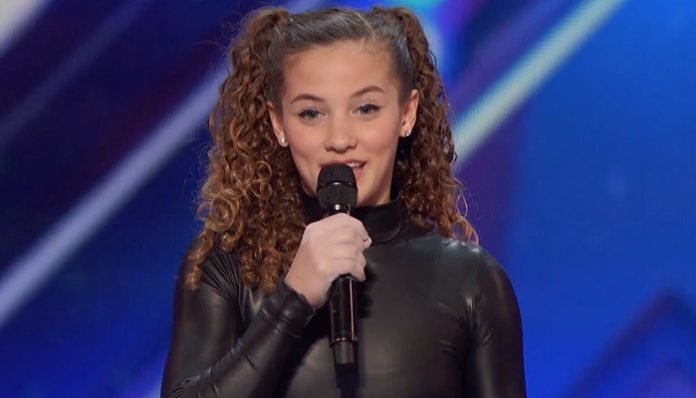 A talented contortionist, Sofie Dossi rose to fame in the eleventh season of NBC’s America’s Got Talent. The recipient of Reba McEntire’s Golden Buzzer, she left a lasting impression on the audience with her many contortion acts. Ultimately, she made it to the Top 10, before being eliminated from the competition.

Since her time on the reality show, she has gained a tremendous online following. Not only does she have more than 900,000 followers on Instagram, but she also has a popular YouTube channel with over 1 million subscribers. In the recent years, she even made appearances in the TV series, K.C. Undercover, and Bizaardvark.

With all that said, how is she doing for herself now? How successful is the contortionist? How wealthy is the 16-year-old? From our research, Sofie Dossi’s current net worth hovers around the $150,000 mark. Where did she earn most of this from? What are her greatest projects to date? Hopefully, we’ll be able to determine the answers to those questions below.

How did Sofie Dossi Make Her Money & Wealth?

Born on June 21, 2001, in Cypress, California, Sofie Dossi developed an interest in becoming a contortionist after watching an online video when she was twelve years old. Over time, she managed to teach herself a variety of aerial and contortion skills- all of which she still performs to this date. Prior to that, she was a competitive dancer and gymnast.

At the age of fifteen, she competed on the NBC reality competition series, America’s Got Talent. As it had happened, her performance during the preliminary auditions had earned her the Golden buzzer from Reba McEntire, one of the guest judges. With that, she was sent straight to the live shows. In the end, her contortion routines led her all the way to the finals, though she was ultimately eliminated afterward.

Though she didn’t win the competition, her performance on the show had led her to appear in a number of TV shows such as The Ellen Degeneres Show. Not only that, but her rise to fame had led her to be able to put on various shows around the world. In January 2017, she was given the Halftime Performer of the Year Award by Sports Illustrated.

In the recent years, Dossi has also acted on a couple of occasions. For instance, she appeared in the shows K.C. Undercover, and Bizaardvark in 2016 and 2017 respectively.

Unsurprisingly, the teen also has a significant online following. On YouTube alone, she has amassed over 1.3 million subscribers with more than 125 million combined views. To date, her most popular upload, I Scared Ellen has been viewed over 10.5 million times.

Assuming that her YouTube videos are monetized, she would make a decent amount from the site. For instance, if she were to make $5 per 1,000 views as a Google Partner, this would easily add up to earnings of $250,000 so far. Naturally, as her fan base continues to grow, so will her ad earnings.

No, Sofie Dossi is not married. As far as we know, she is currently single.

Does Sofie Dossi Have Any Children?

No, Sofie Dossi does not have any children.

Did Sofie Dossi Go to College?

No, she is currently still finishing high school. For now, it’s unclear whether or not she intends on going to college after graduation.

What is Sofie Dossi Famous For?

Sofie Dossi rose to fame after receiving the golden buzzer on the eleventh season of America’s Got Talent. Ultimately, she made it all the way to the finals, before being eliminated from the competition.

Unfortunately, we do not have any information on Sofie Dossi’s location at this time

What Kind of Vehicle Does Sofie Dossi Drive?

Information on Sofie Dossi’s vehicle is unavailable at this time.

How Much Money Did Sofie Dossi Make Last Year?

Information on Sofie Dossi’s annual earnings for 2017 is not available.

As mentioned earlier, she had made a brief appearance in the TV series, Bizaardvark last year. Speaking of television, she also returned to The Ellen Degeneres Show twice in 2017.

As far as other projects go, she’s been busy updating her YouTube channel on a regular basis.

Want to follow the contortionist on social media? If so, you’ll be happy to know that you can find Sofie Dossi on Twitter or Instagram at @sofiedossi. Of course, if you want to check out her YouTube videos, you can do so by clicking here.