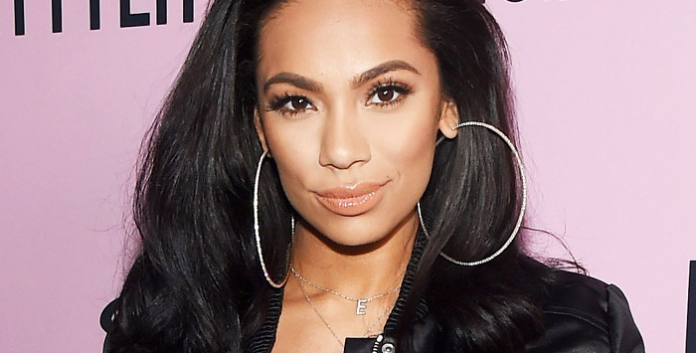 Erica Mena is a popular American TV personality and a former model. Her career started fairly recently, in 2009 when she appeared on Kourtney & Khloe Take Miami. A year after, she signed one of her most famous roles. She was a part of the supporting cast of Love & Hip Hop: New York, and was later promoted to the main cast. She stayed on the show from 2011 to 2015.

During that time she also appeared on several other shows such as 106 & Park, CSI: Cyber and The Show with Vinny. She is currently busy with the return of Love & Hip Hop (this time in Atlanta), where she is once again starring one of the main cast members.

Next up, we will be taking a look at Erica Mena’s Snapchat username. And then some other profiles of hers. Let’s get started! 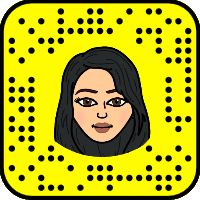 Erica Mena’s Snapchat username is @her411, confirmed on her official, verified Twitter. To add her, just whip out your phone, open the Snapchat app, and scan the Snapcode from above. Or just type in the username. Really easy!

Mena, of course, has more than just a Snapchat, when it comes to social media. Since we know that you’re a fan and want to stay updated with her life, we’ve decided to help out some more. Below, you’ll find the list of all of her popular profiles that you can follow:

Erica Mena Facebook Account – Unfortunately, doesn’t exist. There is a fan page or two, but nothing official.

Erica Mena Twitter Username – Her Twitter username is @iamErica_Mena, and she is currently followed by 630,000 fans on there. She’s very active on Twitter, and it is one of the best places to follow her. Erica always keeps the followers up to date with her life.

Erica Mena Instagram Username – Her Instagram username is @iAmErica_Mena, too, but this one is much more popular. It makes sense that IG is her most popular one, with her being a model, and Instagram being a picture-focused site, don’t you think? On Instagram, she is followed by 3.2 million people! She posts short videos and picture every day or two. So follow up!

Erica Mena YouTube Channel – Nothing here as well. But looking her up on YouTube will bring several videos such as interviews. So there is some of Erica over there, but she doesn’t have her own channel just yet.