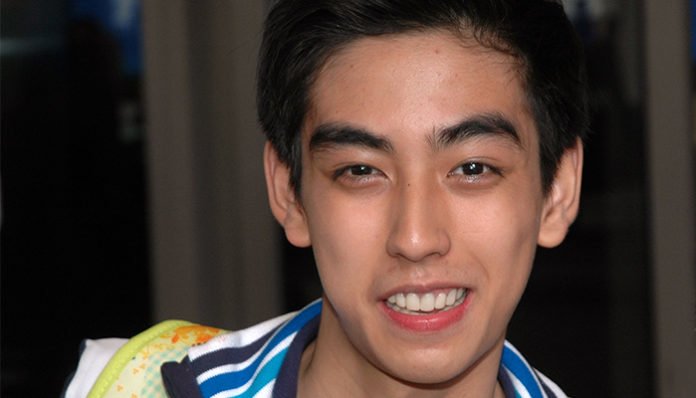 A Filipino figure skater, Michael Christian Martinez has won several competitions throughout his career. In fact, he has represented his country twice at the Winter Olympics- the most recent of which took place at PyeongChang. Prior to that, he was the sole representative from the Philippines at the 2014 Winter Games in Sochi.

The first skater from the tropics to qualify for the Winter Olympic Games, he has also won the Triglav Trophy twice, and the Asian Figure Skating Trophy once. Earlier this season, the 21-year-old also won a silver medal at the Southeast Asian Games in Kuala Lumpur.

How rewarding has his career on ice been over the years? How much money has he managed to pocket so far? How well off is the twenty-something? Unfortunately, Michael Christian Martinez’s current net worth is not available. In the meantime, let’s take a more detailed look at his career so far, including some of his greatest accomplishments.

How did Michael Christian Martinez Make His Money & Wealth?

Born on November 4, 1996, in Paranaque, Philippines, Michael Christian Martinez grew up with his three older siblings. As a young infant, he often suffered from asthmatic bronchitis; despite this, he took up skating at the age of nine. Though the cold rink initially had a detrimental effect, his health eventually improved over time, which allowed him to continue with the sport. According to his mother, it was “better to spend money on skating [rather] than the hospital.”

By 2010, he had started to train several months a year in California with Ilia Kulik and John Nicks. Shortly afterward, he competed in his first ISU Junior Grand Prix event. Unfortunately, however, he eventually tore two of his ankle ligaments, which led to a few months off the ice.

During the subsequent 2012-13 season, Martinez successfully landed his first triple axel in competition at the 2012 Junior Grand Prix series. From there, he went on to win his first senior international title at the 2012 Crystal Skate of Romania. With that, he became the first skater from the Philippines to achieve such a feat. His next event, the 2013 World Junior Championships in Milan, Italy, saw him finishing in fifth place with a new personal best score.

The following year, he finished in seventh place at the 2013 Nebelhorn Trophy, which earned him a coveted spot at the 2014 Winter Olympics. The only athlete representing the Philippines at the games, he placed 19th overall, after scoring 119.44 in the FS. According to reports, he was given a $10,000 bonus by the MVP Sports Foundation shortly after the Olympics.

Since then, the skater has competed in several other events including the ISU Challenger, and Grand Prix series. During the 2015-16 season, he became the first Filipino athlete to win a gold medal at the 2015 Asian Figure Skating Trophy. Two years later, he earned a silver medal in the men’s singles event at the Southeast Asian Games in Kuala Lumpur

As far as recent events go, he had had the opportunity to represent the Philippines at the 2018 Winter Games, after Sweden relinquished its spot. Unfortunately, however, he did not end on the podium.

As far as we can tell, Michael Christian Martinez is currently single and not married.

Does Michael Christian Martinez Have Any Children?

No, Michael Christian Martinez does not have any children as far as we know

As far as we can tell, Michael Christian Martinez has not attended college.

What is Michael Christian Martinez Famous For?

As a competitive figure skater, Michael Christian Martinez is perhaps best known for having been the only athlete to represent the Philippines at the 2014 Winter Games in Sochi. Earlier this month, he also competed at the 2018 Winter Games.

Michael Christian Martinez currently lives in the Philippines. Photos of his house are unavailable.

What Kind of Vehicle Does Michael Christian Martinez Drive?

How Much Money Did Michael Christian Martinez Make Last Year?

Information on Michael Christian Martinez’s annual earnings for 2017 is not available.

As mentioned earlier, he recently had the chance to participate in the 2018 Winter Olympics after Sweden relinquished its spot. In the end, the skater finished in 28th place overall.

Want to follow the skater online? If so, be sure to check out his social media accounts. You can find Michael Christian Martinez on Twitter at @PHI_IcePrince or on Instagram at @mz_viral. On Facebook, he also has an official page which you can check out here.