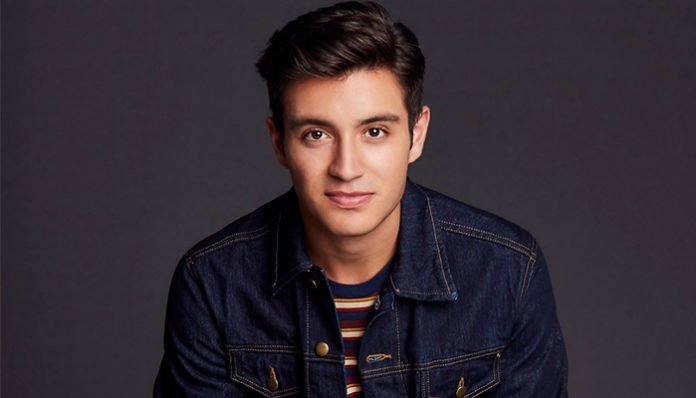 A content creator, Gabriel Conte initially rose to fame for his 6-second clips on the mobile app Vine. Since it shut down, he has continued to share his comedic videos on YouTube, where he has gained more than 1.6 million subscribers.

Though mostly known for his vlogs, he does upload a variety of other content such as challenge videos, cover songs, FAQ and more. As of 2018, most of his uploads have received hundreds of thousands of views each. His most popular video to date, Surprising My Girlfriend in Australia has been viewed close to 9 million times.

Since its inception, how much has the twenty-something made from his YouTube channel? How lucrative is his social media career? How rich is he now? From what we can tell, Gabriel Conte’s 2018 net worth is around $200,000. How much of this came from his videos? What other projects has he taken part in? We’ll be taking a look at these questions below.

How did Gabriel Conte Make His Money & Wealth?

Born on October 24, 1994, in Miami, Florida, Gabriel Conte has been fond of performing ever since he was in grade school. One of three siblings, he has a sister and a younger brother, both of whom have appeared in his videos. After completing high school, he studied acting briefly at Florida State University, before opting to pursue a full-time social media career. Ultimately, he first gained popularity on the video app, Vine, in 2013.

Over time, as he filled his page with six-second clips, his presence on the platform rapidly grew. During his Vine career, he often collaborated with a fellow content creator, Louis Giordano. By the time the mobile app closed in early 2017, Conte had earned himself close to 2 million followers. Since then, he has redirected his efforts toward his YouTube channel.

Since the launch of his YouTube account in 2012, he has gained over 1.6 million subscribers. Aside from his regular vlogs, he also posts other content such as tags, challenges, covers, and more. As of 2018, some of his most popular videos include Sister vs Girlfriend, Draw My Life, Surprising my Girlfriend in Australia, and Girlfriend Does My Makeup, all of which have been viewed millions of times.

Assuming that he has been monetizing his creative efforts, he would have already earned a decent amount from his YouTube channel. Through video ads, he could easily make anywhere from $2 to $5 per 1,000 views. Hypothetically speaking, if all 66 million of his views have been monetized, this would translate to earnings of over $130,000.

In addition to his YouTube career, the digital sensation also records music with his wife, Jess. Known collectively as “Jess and Gabriel,” they have released several cover songs over the past couple of years. In fact, they had dropped their debut EP, Under the Covers in 2016.

Since their music debut, they pair have headlined many tours. In fact, the couple will be embarking on their “Another Day, Another Tour” later this year, for which they will be traveling to 16 different cities in the United States.

Does Gabriel Conte Any Children?

No, as far as we know, Gabriel Conte does not have any children.

Did Gabriel Conte Go to College?

No, he has not gone to college as far as we can tell.

What is Gabriel Conte Famous For?

Gabriel Conte initially rose to fame for his 6-second videos on Vine. Since then, he has also made a name for himself on YouTube.

As a music artist, he also performs with his wife as the duo, “Jess and Gabriel.”

Gabriel Conte currently lives in Los Angeles with Jess. Photos of their house are not available.

What Kind of Vehicle Does Gabriel Conte Drive?

Unfortunately, we do not have any information on Gabriel Conte’s vehicle.

How Much Money Did Gabriel Conte Make Last Year?

Information on Gabriel Conte’s annual earnings for 2017 is not available.

Last summer, he and his wife released their second extended play, Under the Covers, Vol. 2. A five-track project, it contained the songs The Pressure, Little Do You Know, Perfect, September Song, and I Was Made For Loving You.

If you’re a fan, why not follow him on social media? Gabriel Conte is active on a few platforms including Twitter and Instagram- you can find him under the same username, @GabrielConte. On Facebook, don’t forget to also check out his fan page!