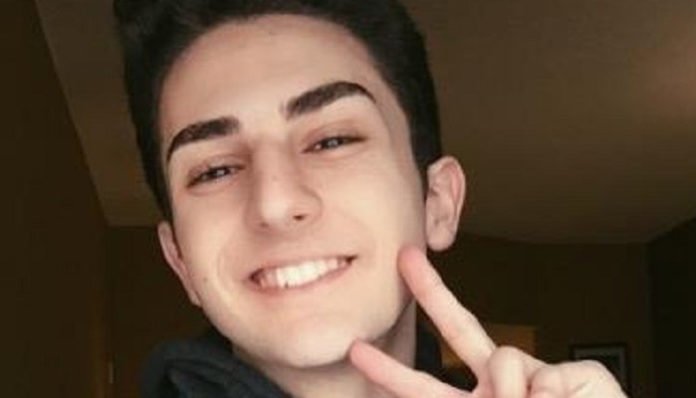 A social media personality, Twaimz initially gained an audience on the video app, Vine, where he had more than 3.4 million followers. Since the platform shut down, he has continued to entertain fans on YouTube. As of 2018, he has amassed over 3.3 million subscribers.

Aside from his vlogs, he also posts content such as challenge, reaction, and music videos, all of which are popular among his viewers. In addition to YouTube, the twenty-something can also be found on sites such as YouNow, Twitter, Instagram, and Facebook. If anything, his popularity has continued to go up over the past couple of years.

How much does the vlogger rake in from his YouTube channel? How rewarding has his social media career been over the past few years? To put it bluntly, how rich is he? According to various online sites, Twaimz’s 2018 net worth is around $500,000. Where did most of this come from? We’ll be exploring this question below, stick with us if you’re curious to know the answer.

How did Twaimz Make His Money & Wealth?

Born on May 13, 1995, in San Francisco, California, Twaimz is the younger of two siblings; he has an older sister named Nour who has appeared in a few of his videos. Heavy built as a teen, he was often bullied in high school; ultimately, it wasn’t until he started to make videos that he embarked on a weight loss journey.

As a teen, he had joined on the Vine bandwagon in early 2012. Putting together short clips in his spare time, he had amassed quite a following- over 3.6 million followers to be exact, by the time the app shut down in 2017.

Not long after launching his Vine career, he also got involved with YouTube. His self-titled channel, Twaimz, was created in the summer of 2013. Since then, his videos have garnered him more than 3.3 million subscribers with over 258 million lifetime views. Known for his love of llamas, his most popular video, The Llama Song has been viewed over 31.2 million times as of 2018. Some of his other top uploads include Dancing to Wii Music, The Roll Call Song, The Crush Song, and Carpool Karaoke with Shane Dawson.

With the audience that he has on the site, it’s not surprising to know that he makes a nice sum of money from his YouTube channel. Generally, it’s not uncommon for Google Partners to make upwards of $5 per one thousand ad views. Assuming this is also the case for Twaimz, and that 40% of his total views are monetized, his total earnings (so far) would be approximately $500,000.

As far as other ventures go, the twenty-something has also held several Meet & Greet tours over the past few years. In fact, just last year, he had gone on a tour produced by FullScreen Live. Of course, fans would have also had the opportunity to purchase various merchandise items at the event.

Speaking of merchandise, the YouTuber has set up a Spreadsheet shop for himself, which you can visit here.

No, he isn’t married. In fact, not much is known about Twaim’z current dating life.

Does Twaimz Have Any Children?

The digital sensation does not have any children that we know of.

Did Twaimz Go to College?

No, Twaimz did not go to college, as far as we know anyway.

What is Twaimz Famous For?

Twaimz initially gained popularity on the video app, Vine. From there, his fame carried over to YouTube, where he currently has over 3.3 million subscribers.

Unfortunately, information on Twaimz’s location is not available at this time.

What Kind of Vehicle Does Twaimz Drive?

Unfortunately, we do not have any information on Twaimz’s vehicle.

How Much Money Did Twaimz Make Last Year?

At this time, we do not have details on Twaimz’s 2017 earnings.

As mentioned earlier, he had got on a Meet & Greet tour last fall, one that was produced by Fullscreen Live.

As far as his YouTube career goes, he recently ended his hiatus with a handful of new vlog videos some of which include My Sister is Getting Married and Meet My Crazy Palestinian Family.

Are you a fan of his comedy videos? If so, why not follow the YouTuber on social media? You can find him on a few platforms including Twitter and Instagram at @Issa. Alternatively, you can join 143K other fans in liking his Facebook fan page here.