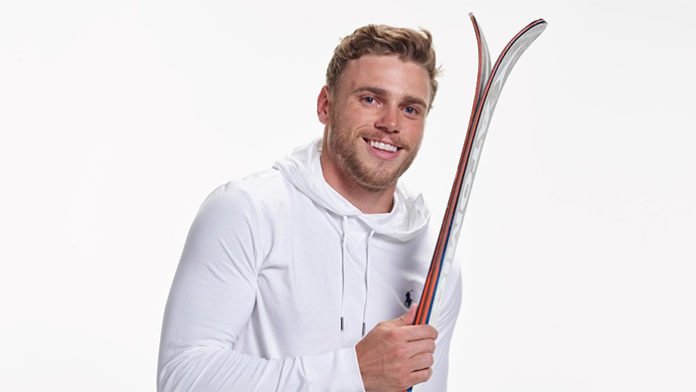 An American freestyle skier, Gus Kenworthy had won a silver medal in the slopestyle event at the 2014 Winter Games in Sochi. Prior to that, he had also medalled at both the New Zealand Winter Games, and the Winter X Games. Most recently, he represented the United States for a second time at the 2018 Winter Games. Despite having sustained multiple injuries, he had battled through to compete and take part in the finals.

Outside of skiing, the 26-year-old has a few other things going on- not only has he appeared on television a few times, but he also runs a successful YouTube channel. With all that said, how is he doing for himself now? How much has he managed to earn from his career over the years? From our research, Gus Kenworthy’s current net worth hovers around $300,000. Where did most of this wealth come from? Let’s explore this question down below.

How did Gus Kenworthy Make His Money & Wealth?

Born on October 1, 1991, in Essex, England, Gus Kenworthy is the youngest of three children; he has two older brothers named Nick and Hugh. Growing up in the town of Telluride, Colorado, his parents had had him skiing on the hill not long after he had learned to walk.

Inspired by the success of Johnny Moseley, who had won a gold medal in moguls at the 1998 Winter Olympics, he poured many hours into the sport over the next few years. By the time he was in his teens, he had started to compete in moguls. At the age of eighteen, he won a silver medal in the slopestyle event at the Junior World Championships.

From there, he went on to win three consecutive gold medals at the AFP World Championships. In 2013, he also made his X Games debut, where he successfully finished in third place for a spot on a podium in Tignes, France. Not long afterward, Kenworthy was named to the U.S. Olympic Team for the 2014 Winter Games in Sochi. At the subsequent event, he won a silver medal in the men’s slopestyle (he had failed to qualify for the halfpipe team); on the podium, he was also joined by his teammates Nick Goepper, and Joss Christensen, who had won the bronze, and gold medals respectively.

Fast forward to February 2018 and the 26-year-old represented the United States for a second time at the 2018 Winter Olympics in South Korea. Unlike his previous success, however, he did not manage to finish on the podium; as a matter of fact, he had battled through multiple injuries (hip hematoma, broken thumb) to compete in the final.

Aside from his skiing career (which would have yielded him some income, in the form of prize money), Kenworthy has also appeared on television several times. For instance, he had been a cast member in the MTV reality series, The Challenge: Champs vs Pros. In addition to that, he has also appeared in the TV series, The Real O’Neals, New York is Dead and in the films, The Way I See It, and Sharknado 5: Global Swarming.

Openly gay, he has been dating Matthew Wilkas, an actor and television personality, since 2015.

Does Gus Kenworthy Have Any Children?

No, Gus Kenworthy does not have any children as far as we know

Did Gus Kenworthy Go to College?

As far as we can tell, Gus Kenworthy has not attended college.

What is Gus Kenworthy Famous For?

As a competitive freestyle skier, Gus Kenworthy is perhaps best known for having taken home a silver medal in the slopestyle at the 2014 Winter Games. Most recently, he also represented the U.S. at the 2018 Winter Olympics in Pyeongchang.

Gus Kenworthy currently lives in Denver, Colorado, Photos of his home are unavailable

What Kind of Vehicle Does Gus Kenworthy Drive?

How Much Money Did Gus Kenworthy Make Last Year?

Information on Gus Kenworthy’s annual earnings for 2017 is not available.

As mentioned previously, the skier has once again represented the United States at the 2018 Winter Olympics in South Korea. Despite having sustained injuries, he had fought through to compete in the finals.

Want to support the two-time Olympian on social media? If so, you can find Gus Kenworthy on Twitter at @Guskenworthy or on Instagram at @Guskenworthy. On Facebook, he also has an official fan page which you can visit here.