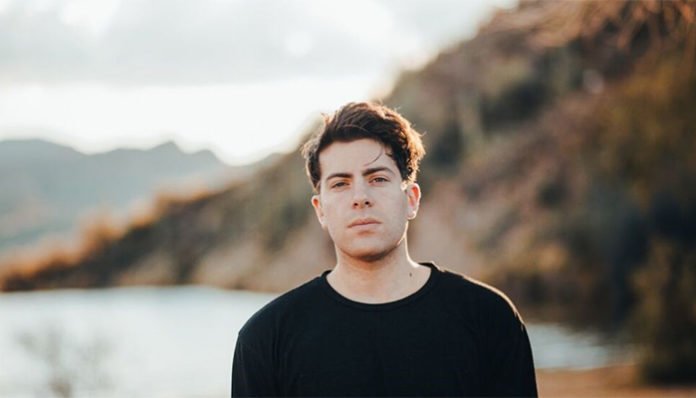 Hoodie Allen made himself known as a rapper with the release of his debut single, You Are Not A Robot in 2010. Since then, he has presented fans with a number of additional titles, including the albums Happy Camper, and People Keep Talking, both of which charted on the Billboard 200.

Most recently, he dropped his third album, The Hype in September 2017. Well received, it gave rise to a number of songs including Sushi, Ain’t Ready, and Know It All. Outside of his music career, he has also acted on a few occasions; for instance, he has taken part in a handful of CollegeHumor videos in the past.

How wealthy is the recording artist? How rewarding has his rap career been? How well off is he? From our research, Hoodie Allen’s 2018 net worth is around $800,000. What are his greatest projects? How many sources of revenue does he have? Below, we’ll be addressing these questions.

How did Hoodie Allen Make His Wealth & Money?

Born on August 19, 1988, in Long Island, New York, he was raised in Plainview with his brother, Daniel. As a young boy, he often wrote lyrics in his free time; eventually, he would also perform for his friends at house parties. In his early twenties, he formed a music duo with his childhood friend, Samuel Obey. Their first two releases, Making Waves and Bagels & Beats were dropped in 2009.

As a solo artist, he later self-released his debut EP, All American in 2012. Supported by two singles, it entered the Billboard 200 at number ten, with 28,000 sales in the first week. Responsible for his rise to fame, the extended play was later followed by a second title, Americoustic in 2013.

His second studio album, Happy Camper was issued in early 2016. Though not as successful as his earlier work per se, it did peak at number 28 on the US Billboard 200. Since then, he has also released The Hype in 2017.

Naturally, he would have yielded a decent amount of earnings from the above records. Considering his popularity as a rapper, concerts and performances are most likely another big sources of income for the 29-year-old.

Outside of music, he has also dabbled in acting. For instance, he has appeared in four CollegeHumor videos since 2011; his debut having been in that of the video, Jake and Amir/Rap Teacher (With Hoodie Allen).

On YouTube, he also has a decent following, with over 192 million views on his official channel. Given that his content is monetized, it would yield him another stream of income on the side. Today, his most popular music video, No Interruption has been viewed over 33 million times.

No, he isn’t married. Previously, he had dated Taryn Elyssa Levenstein; the two broke up in 2015.

Does Hoodie Allen Have Any Children?

Hoodie Allen does not have any that we know of.

Did Hoodie Allen Go to College?

After finishing high school, he went to the University of Pennsylvania; he later graduated with a bachelor’s degree in marketing and finance in 2010. Before launching a full-time music career, he worked at Google.

What is Hoodie Allen Famous For?

As a rapper, Hoodie Allen is perhaps best known for his album, People Keep Talking, which reached as high as number 8 on the Billboard Top 200.

K Camp currently resides in Los Angeles, California. Unfortunately, images of his house are not available.

What Kind of Car Does Hoodie Allen Drive?

Details on Hoodie Allen’s vehicle is not available.

How Much Money Did Hoodie Allen Make in 2017?

Unfortunately, information regarding Hoodie Allen’s 2017 salary is not available.

Last September, he released his third studio album, The Hype, which made it onto the US Billboard 200. Some of the singles that it gave rise to include Know It All, Ain’t Ready, and Sushi.

If you’re a fan of the rapper, how about following him online? You can find Hoodie Allen on a few social media sites such as Twitter and Instagram at @HoodieAllen. On Facebook, he also has a fan page set up, which you can visit here for the latest news and announcements.