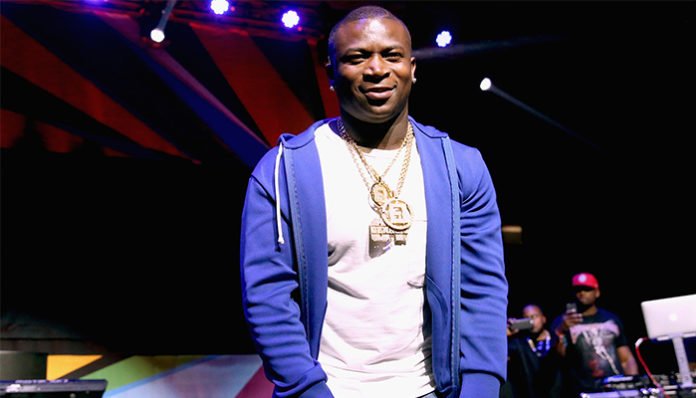 A hip-hop artist, OT Genasis has been putting together his own tracks since the early 2010’s. Not long after signing with G-Unit Records in 2011, he dropped his debut mixtape, Black Belt. While it earned him an underground following, however, it wasn’t until later on that his popularity began to soar.

Following the release of his second mixtape, Catastrophic 2, he received a breakthrough with his 2014 single, CoCo. His first song to reach the US music charts, it has since gone platinum in the US, with over one million domestic sales. To date, it remains to be one of his most successful records to date.

With all that said, how financially successful is the 30-year-old artist? How much money has he managed to bank over the past few years? How rich is he? From our research, OT Genasis’ current net worth hovers around the $2 million mark. Where did the majority of this amount come from? Let’s take a closer look at his career below- hopefully, we’ll be able to answer this question in doing so.

How did OT Genasis Make His Money & Wealth?

Born on June 18, 1987, in Atlanta, Georgia, OT Genasis grew up in Long Beach, California. Interested in music (particularly hip-hop) ever since he was young, he often listened to the works of Ludacris, Cutty Ranks, 50 Cent, and Tupac Shakur, to name a few, as a teen. To this day, they remain to be his greatest musical inspirations.

In 2012, he released his first mixtape dubbed, Black Belt. His debut work, it featured contributions from Scaff Beezy, Tiffany Foxx, Shawty Lo, and AD, among a few others. A 24-track project, the playlist included the tracks Lay It Down, Who To Trust, Don’t Need a Thing, and Goin Thru Hell.

Two years later, he collaborated with J-Doe and Busta Rhymes on the record, Catastrophic 2. That same year, his popularity exploded with the release of his breakthrough single, CoCo. A huge hit, it peaked at number 20 on the Billboard 200, and at number 5 on the Top Hip-Hop Songs chart. Since its release, more than one million copies have sold across the US, earning it platinum certification from the RIAA.

From there, he came out with Cut It (Feat. Young Dolph) in 2015. Responsible for yet another wave of popularity, it charted at number 35 on the Billboard 200. His most popular single to date, it has since gone platinum two times in the US. Around that same time, the rapper had also issued his third mixtape, Rhythm & Bricks.

Since then, OT Genasis has dropped a fourth mixtape titled, Coke N Butter. Made available in 2016, the project featured guest appearances from Quavo, Remy Ma, YG, T.I., and 2 Chains. Consisting of twelve tracks, some highlights include All the Hoes, Get Racks, Weigh the Weight and Plug On Da Line.

Naturally, it only makes sense that a portion of his wealth came from the above records. As far as other income sources go, it’s highly likely that OT Genasis also makes a decent amount from putting on shows throughout the year.

No, he is not married. As of 2017 however, he was in a relationship with Malika Haqq.

Does OT Genasis Have Any Children?

As far as we know, OT Genasis does not have any children.

Did OT Genasis Go to College?

From what we know, OT Genasis did not attend college.

What is OT Genasis Famous For?

As a rapper, OT Genasis rose to fame with the release of his platinum hit, CoCo in 2014. Since then, he has only come out with the double platinum single, Cut It (Feat. Young Dolph), which went on to garner him widespread attention.

OT Genasis currently resides in California. Photos of the rapper’s house are not available at this time.

What Kind of Vehicle Does OT Genasis Drive?

Information on OT Genasis’ vehicle is unavailable at this time.

How Much Money Did OT Genasis Make Last Year?

Information on OT Genasis’ annual earnings for 2017 is not available.

Last year, he made a handful of guest appearances in the works of Afrojack, Snoop Dogg, and RJ. These include the tracks, All on Me, Been Hot, 3’s Company, and No Tomorrow.

Want to support the hip-hop artist online? How about following him on social media? You can find OT Genasis on Twitter and Instagram at @OTGenasis. If you’re on Facebook, you can also drop by his official fan page, which you can visit here.