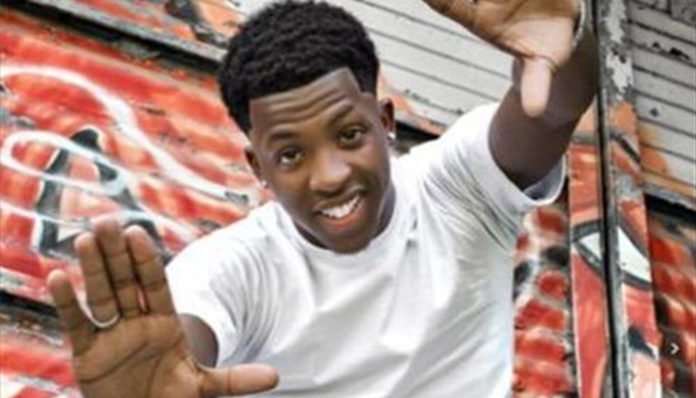 A Tennessee rapper, iLoveMemphis gained widespread attention for his debut single, Hit the Quan, which charted on the Billboard Hot 100. Taken from his second EP, it had generated a fair amount of buzz in the hip hop scene. His second track, Lean and Dabb was released later that same year.

In terms of multi-track projects, the artist has a few to his name- The TurnUp Kid, Please Excuse My Turn Up, and Thank You Turn Up. Having said that, he hasn’t dropped any new releases since 2016. Still, he has himself a decent following online- on YouTube alone, he has amassed more than 264,000 fans.

How successful is the 24-year-old? How much has he taken home over the past several years? How well off is the rapper? From our preliminary research, iLoveMemphis’ current net worth is around $500,000. Aside from record sales, what other things contributed to his income? Let’s take a look below.

How iLoveMemphis Got Rich

Born on January 25, 1993, in Memphis, Tennessee, iLoveMemphis grew up with his twin sister in a highly religious family. Like many artists, he developed an interest in music at a young age. With that said, it wasn’t until he was in his late teens that he pondered the idea of pursuing a full-time music career. Eventually putting the plan into action, he began to record his own songs in 2015.

That summer, he released his debut single, Hit the Quan. Based around a dance that was made popular by Rich Homie Quan, it entered the Billboard Hot 100 at number 41. From there, it eventually made its way to number 15, with close to 500,000 sales by November 2015. Outside of the US, the song had also charted at number 65 on the Canadian Hot 100 Chart. On YouTube, the music video has been viewed over 58 million times. Considering its popularity, it’s only natural that the rapper would have earned a decent amount from the single.

Later that same year, he released his second single, Lean and Dabb. Produced by Buck Nasty, it debuted on the Billboard Hot 100 in February 2016. Another success, it eventually also reached number 29 on the Hot R&B Songs chart. A month after its release, an official music video premiered on the rapper’s YouTube channel.

Since then, iLoveMemphis has also come out with a couple of mixtapes, these include Please Excuse My Turn Up and Thank You Instagram. In addition to that, he had also issued an extended play titled, The TurnUp Kid.

On top of what he’s earned from his records, it’s likely that he also pulls in a decent amount from his official YouTube channel. As you’re probably aware, the site has a high earning potential- that is, it’s easy for popular users to gain revenue from displaying ads. As you can probably expect, iLoveMemphis has a decent following on the site- more than 260,000 to be exact. As of 2018, his videos has generated over 70 million hits altogether. Today, his most popular MV, Hit the Quan has been viewed over 58 milion times.

No, he is not married. In fact, it’s unknown whether or not iLoveMemphis is currently in a relationship.

Does iLoveMemphis Have Any Children?

No, iLoveMemphis does not have any children that we know of.

Did iLoveMemphis Go to College?

iLoveMemphis has not gone to college as far as we can tell.

What is iLoveMemphis Famous For?

iLoveMemphis is best known for his hit song, Hit the Quan. Since its release, it has been played over 58 million times, as mentioned earlier.

Some of his other popular tracks include Lean and Dabb, What Are Those, Bang, and Ballin’.

iLoveMemphis currently lives in Memphis, Tennessee. Further information is not available at this time.

What Kind of Vehicle Does iLoveMemphis Drive?

Unfortunately, information on the rapper’s vehicle make is not available at this time.

How Much Money Did iLoveMemphis Make Last Year?

Details on iLoveMemphis’ 2017 earnings are not available.

Last year, he was featured in Teflon Don’s single, Stop and Go. In terms of his own musical releases, he hasn’t dropped any new titles sine 2016.

Are you a fan of his music? If so, why not follow the rapper on social media? You can find iLoveMemphis on Twitter at @iHeartMemphis or on Instagram at @iHeartMemphis. On Facebook, he also has an official fan page set up, which you can check out by clicking here.