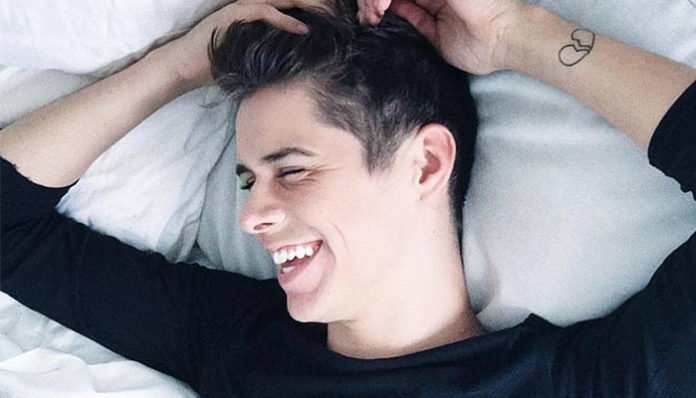 A social media star, Jackson Krecioch is perhaps best known for his work on musical.ly, on which he has over 2.6 million fans. With that said, he is also active on several other platforms such as YouNow, Instagram, and Twitter. Ultimately, it was in the mid to late 2015 that his popularity started to take off online.

On YouTube, the teen is also incredibly popular, with over 460,000 fans subscribed to his channel. Not only does he use the site as a platform for his vlogs, but he also posts videos such as challenges, Q&A’s, pranks, and more.

With all the fame that he has, is it safe to assume that the muser is doing pretty well for himself? How rewarding has his online career been? How much does he pull in from his YouTube videos? Unfortunately, information on Jackson Krecioch’s net worth is not yet available. While we here though, let’s take a more detailed look at some of his accomplishments.

How did Jackson Krecioch Make His Money & Wealth?

Born on June 1, 1998, in Wisconsin, Jackson Krecioch is one of seven siblings- he has six brothers and a sister, a few of whom are also active on social media. Ultimately, it was in the early 2010’s that he became active online; still, it wasn’t until late 2015 that his popularity started to take off. Today, he has millions of followers around the world, a significant feat for someone who’s still in his teens.

One of the first platforms that he joined was the music network, musical.ly. As he started to post videos to his account, he steadily built himself a solid fan base. With his good looks and entertaining humor, he eventually gained himself over one million followers on the app. From then until now, this amount has nearly tripled; the last that we’d checked, he had amassed more than 2.6 million fans!

While he’s also active on outlets such as YouNow and Instagram, his second most notable venture is probably that of his YouTube channel. Since he joined in July 2011, he has built himself a significant fan base with over 461,000 subscribers to date. As if that wasn’t impressive enough, the muser has also received more than 14.7 million views across his videos. Today, his most popular upload, Chapstick Challenge ft. my boyfriend has been viewed over 2.4 million times.

With the views that he receives, chances are, he has also been pulling in some income from his YouTube channel. While it’d be hard to determine the exact amount that he’s earned so far, we can probably do some estimating. Generally speaking, it’s not uncommon for users to be able to make a few dollars here and there from displaying ads on their videos. In fact, in some cases, the pay can be as high as $5 per 1,000 ad views. If this were to be the case, he would have made around $29,000 (before the site’s cut).

As he continues to make himself known on the site, it’s likely that his earnings will also go up with time.

No, he is not married. Openly gay, he is currently in a relationship (his boyfriend has been featured in a few of his videos).

Does Jackson Krecioch Have Any Children?

No, Jackson Krecioch does not have any children.

Did Jackson Krecioch Go to College?

No, as far as we can tell, Jackson Krecioch has not gone to college. Instead, it would appear that he’s chosen to pursue a full-time social media career.

What is Jackson Krecioch Famous For?

Jackson Krecioch is perhaps best known for his musical.ly account, on which he has over 2.6 million fans. In addition to that, he’s also popular for his YouTube channel.

According to his Twitter location, Jackson Krecioch currently lives in New York. Photos of his house are not available at this time.

What Kind of Vehicle Does Jackson Krecioch Drive?

Unfortunately, we do not have any information on Jackson Krecioch’s vehicle.

How Much Money Did Jackson Krecioch Make Last Year?

Information on Jackson Krecioch’s annual earnings for 2017 is not available.

For the most parts, he has been pretty good about updating his YouTube channel on a regular basis. Of course, he has also been posting new videos to his Musical.ly account.