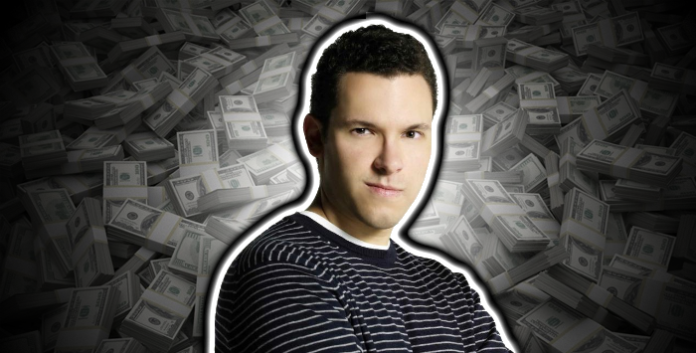 Timothy Skyes is a popular penny stocks trader, best known for his feat of turning $12,000  to $1.6 million while still in high school. But how rich is he nowadays? Below, we’re digging in deep into Timothy Skyes’ net worth.

According to several sources, Timothy Sykes’ estimated net worth is believed to be around $20 million. If true, the amount is very impressive as it is entirely self-made. Let’s take a look at how does one go about earning such a massive net worth from penny stocks.

How Did Timothy Sykes Make His Money & Wealth

Timothy was born in 1981 in Orange, Connecticut. Not much is known about his childhood up until his high school years. Before he graduated from his school, he took around $12,000 from his bar mitzvah gifts and invested it into penny stocks. By the time he was 21, he already turned that into $1.6 million.

He attended Tulane University, where he would often cut his classes to have more time for penny stocks day trading. In his senior year, he founded a short bias hedge fund that he called Cilantro Fund Management. He graduated from Tulane in 2003 with a degree in philosophy and a business minor. 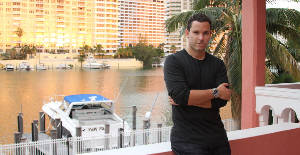 A few years after, he decided to relive his story. Sykes invested another $12,000 and started a project called TIM – Transparent Investment Management. After two years of trading, he turned the amount into $90,000.

Other than his penny stock investments, lots of Tim’s money comes from his other projects. He launched a website called Investimonials, which, as its name suggests, serves as a hub for collecting reviews of various services and products related to investing. Two years after, he started another website, called Profit.ly. Profitl.ly is used to track investments so that the public could see the exact numbers being used.

Nowadays, Tim’s personal website serves as a great outlook on his life and teachings. He writes useful blog posts and offers both free and paid courses. His website is one of the most popular penny stock sites and is estimated to earn him up to $100,000 per month. Sykes also makes money by promoting affiliate products, for each of which he gets a cut of whenever a sale is made using his referral link.

So, the answer to the big question is; working as a full-time educator and investing in penny stocks.  Keep in mind that his actual net worth isn’t known, so we can’t say for certain how successful he is with his trades and courses. 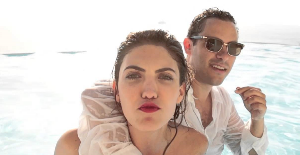 We actually don’t know. He announced on Twitter that he would be married in 2017, but. there isn’t a single photo on his Instagram where he is with his fiance/wife. So we don’t actually know if the couple broke up or maybe she just doesn’t like to attract attention.

As you might imagine, Tim doesn’t have a fixed salary, nor earnings for that matter. As such, it is hard to estimate how much money does he make per month or year. Plus, he doesn’t publish any data from his courses, which surely make up a good portion of his net worth gains. 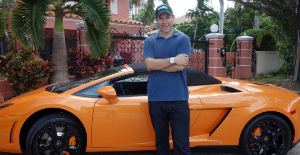 According to his blog, Sykes’ is a proud owner of a 2013 Lamborghini Gallardo. He also recently bought a Ferrari and gave away a Porsche to one of his fans, but there aren’t any real confirmation of those happening. Except for the Instagram pictures, of course, but those could be just rented out. Still, owning a $230,000 Gallardo isn’t something that anyone can do, so props where props are due.

There is a long video of Tim showing off his mansion on his YouTube channel, where lots of people are claiming that it is a rental property. In case it isn’t, there is a lot to be envious about. The mansion looks absolutely humongous and offers an amazing view of the neighborhood. It is estimated to be worth over $10 million.

What’s your opinion on Tim Sykes? Do you believe that he lives the life that he so loves showing off? Do you think his courses are the real deal or not? Have you had any experiences with him perhaps? We’d love to hear your thoughts in the comment section.