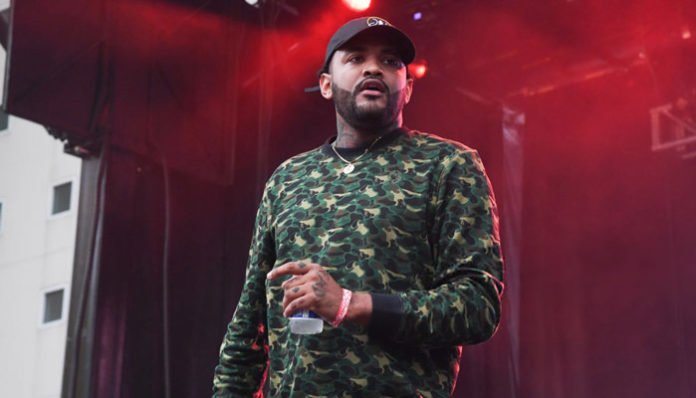 An American rapper, Joyner Lucas gained widespread attention with the release of his 2015 hit, Ross Capicchioni. Since then, he has dropped many tracks such as Say Hello to Adele, Just Like You, I’m Not Racist, and Winter Blues. Earlier this year, he had also collaborated with Chris Brown on the single, Stranger Things. Some of the other artists that he’s worked with include Kyle Bent and Tech N9ne.

In terms of multi-track projects, he has also released a handful of mixtapes including Along Came Joyner and 508-507-2209, the latter of which made it onto the US Heatseekers chart.

How rewarding has his hip-hop career been? As a popular artist, how much money has he made over the years? How well off is he? From our research, it seems that Joyner Lucas’ current net worth is around $500,000. Where did this money come from? What projects contributed to this fortune of his? Let’s take a look below.

How did Joyner Lucas Make His Money & Wealth?

Born on August 17, 1988, in Worchester, Massachusetts, Joyner Lucas began rapping at the age of ten. Growing up, he listened to a variety of artists including Method Man, The Notorious B.I.G., Has, and Eminem. Early in his music career, she recorded under the name, G-Storm; he later changed his moniker to Future Joyner in 2007. Later that same year, he released Workprint: The Greatest Mixtape of All Time, a mixtape that he had put together with his uncle, Cyrus the Great.

A few years later, he released a solo mixtape titled, Listen 2 Me. From there, following another name switch (to Joyner Lucas), he released his next record, Along Came Joyner in 2015. His second mixtape, it contained Ross Capicchino, the single responsible for his rise to fame. Not long after its release, he was nominated for a BET Hip-Hop Award.

With the song’s success, he eventually landed a major label deal with Atlanta Records in 2016. Not long afterward, he released the album, 508-507-2209 in June 2017. Preceded by four singles, it entered the US Heatseekers Albums chart at number seven. Featuring guest appearances from STefflon Don, Snoh Aalegra, and Mystical, the track list included several titles such as Way to Go, Just Because and Just Like You. To this day, it remains to be his most successful release.

Naturally, it’d only make sense that he’s earned a decent amount from his musical release. Besides that, however, it’s probably fair to assume that a portion of his income comes from things such as merchandise, and concert performances.

As far as collaborative projects go, the rapper has worked with a few artists over the past couple of years including Kyle Bent, Logic, and Tech N9ne. Some of these tracks include Lifestyle, Deserve, and Sriracha.

What else does he have going for him? For one thing, there’s also his YouTube channel. Since its launch in 2013, he has gained more than 1.4 million subscribers with over 254 million video views. Considering the earning potential of YouTube, it most likely serves as another stream of income for the rapper.

As far as we know, Joyner Lucas is not married. Having said that, not much is known about his personal life.

Does Joyner Lucas Have Any Children?

Yes, he has a son whom he often references in his music.

Did Joyner Lucas Go to College?

From what we know, Joyner Lucas did not attend college.

What is Joyner Lucas Famous For?

Joyner Lucas is perhaps best known for his fourth mixtape, 508-507-2209, which gave rise to tracks such as Winter Blues, Ultrasound and Just Like You.

Joyner Lucas lives in Massachusetts as far as we can tell. Further details are not available at this time.

What Kind of Vehicle Does Joyner Lucas Drive?

Information on Joyner Lucas’ vehicle is unavailable at this time.

How Much Money Did Joyner Lucas Make Last Year?

Information on Joyner Lucas’ annual earnings for 2017 is not available.

His fourth mixtape, 508-507-2209 was released in June 2017. According to reports, he is currently working on a collaborative project titled, Angels & Demons with Chris Brown, which will be coming out sometime later this year.

If you want to stay up-to-date with the rapper, how about following him on social media? You can find him on Twitter at @JoynerLucas or on Instagram at @JoynerLucas. On Facebook, he also has an official fan page which you can visit here.