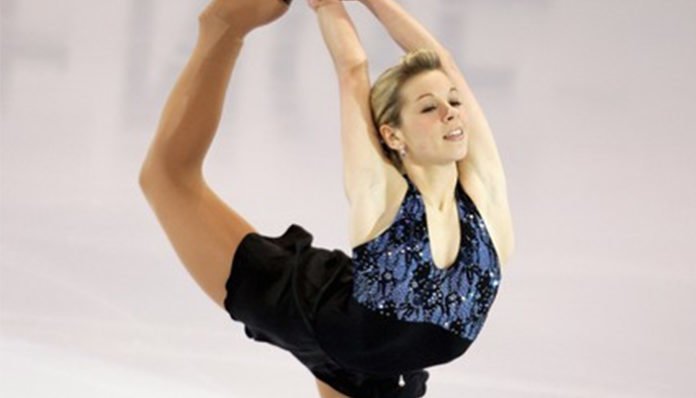 An American figure skater, Katy Taylor had won the gold medal at the 2006 Four Continents Championships, at the age of seventeen. Prior to moving up to the senior level, she had also finished third at the 2004 World Junior Championships.

The same year as her victory at the Four Continents, she also finished fourth at the 2006 U.S. Figure Skating Championships, which had led her to become the second alternate to the 2006 Winter Olympic Team. Though she went on to compete for one more season, she eventually left the sport in 2008, after sustaining an injury.

How successful is the former skater now? How rewarding had her career on the ice been? How is the 28-year-old doing for herself nowadays? How wealthy is she? Unfortunately, information on Katy Taylor’s current net worth is not readily available. While we’re here talking about her, however, let’s go over how her career had played out over the years.

How did Katy Taylor Make Her Money & Wealth?

Born on October 22, 1989, in Houston, Texas, Katy Taylor is the daughter of Tammy and Keith Taylor. Growing up, she participated in a number of sports including tennis, soccer, gymnastics, and ballet. When she was six years old, she also picked up skating, which she enjoyed tremendously. Within two years, she had chosen to take private lessons with her coach, Jana Conter. Naturally talented, she eventually landed her first triple jump, when she was just ten years old.

In 2001, she participated in her first U.S. Junior National Championships on the juvenile level, where she finished in third place. With that, she eventually moved up to the novice level for the 2002-03 season. After winning the silver medal at the Southwestern Regionals, she qualified for and competed in the 2003 U.S. Figure Skating Championships, where she finished second.

Eventually, Taylor moved up to the senior level on the international circuit in 2006. That year, she participated at the Four Continents Championships, where she won gold, after finishing second in both the long and short programs. Only sixteen years old at the time, she became the youngest skater to have won the title.

The following season, Taylor aimed to make the world team. After finishing third on the podium at the Nebelhorn Trophy, she competed at Skate America, and Skate Canada International. Despite her best efforts, however, she finished last; she later attributed this to a lack of training and equipment problems.

Though she intended to compete in the subsequent 2007 U.S. National Championships in Washington, she ultimately did not compete in the 2007-08 season due to injury. Though not much is known after that, she has not returned to competitive ice since.

As far as we can tell, Katy Taylor is currently single and not married.

Does Katy Taylor Have Any Children?

Yes, she has a five and a half-year-old daughter, whom she brings with her to the rink on a regular basis.

Did Katy Taylor Go to College?

What is Katy Taylor Famous For?

As a competitive figure skater, Katy Taylor is perhaps best known for having won a gold medal at the 2006 Four Continents Championships in Colorado Springs.

The former skater currently lives in Houston, Texas. Unfortunately, further information is not available at this time.

What Kind of Vehicle Does Katy Taylor Drive?

How Much Money Did Katy Taylor Make Last Year?

Information on Katy Taylor’s annual earnings for 2017 is not available.

Though competitive figure skating is a thing of the past for the 28-year-old, she remains active on the ice through coaching. The last that we’d heard, she was working as a coach at the Willowbrook Aerodrome home rink.

Unfortunately for us fans, it doesn’t look like Katy Taylor is active on any social media platforms at the moment.