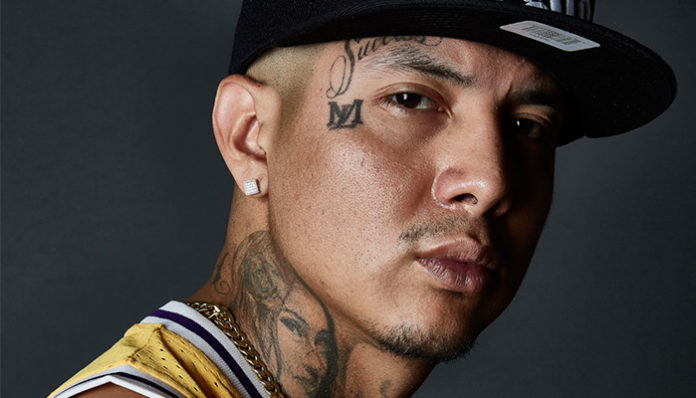 Hailing from Los Angeles, King Lil G is perhaps best known for his single, Hopeless Boy. Since his debut in 2004, he has churned out a number of projects including the albums King Enemy, Lost in Smoke, 90’s Kid, and AK47 Boyz. His most recent EP, Paint the City Blue was released in March 2018.

Today, some of his most popular songs include Grow Up, AK47, Welcome to L.A., and After My Death. A well-known artist with an established fanbase, he has more than 61,000 followers on Soundcloud alone. On YouTube, he has also amassed over 500,000 subscribers.

Having said all of that, how is the rapper doing for himself nowadays? How much does he bring home from his music endeavors? How well off is he? According to various sites, King Lil G’s current net worth is around $700,000 (give, or take some). What contributes to his income? We’ll be trying our best to answer this question below.

How did King Lil G Make His Money & Wealth?

Born on July 30, 1986, in Inglewood, California, he was brought up single-handedly by his mother. As a young teen, he joined a local gang after dropping out of high school. Ultimately, it wasn’t until later on that he decided to get involved with rap music. In 2011, he dropped his first mixtape under the name, Lil Gangster. Soon afterward, he signed with the Double 9 Records imprint.

A year later, he dropped his second effort, King Enemy. Featuring Big Swiisha, PJ The Gator, and Big Swiisha, it boasted a number of tracks including If You Don’t Know, Crush On You, Talk About Me, and Out to Get Me.

His next album, Lost In Smoke was issued in 2013. Similar to his previous title, it featured a number of collaborations with artists such as Dina Rae, Young Drummer Boy, L.A. Gun Smoke, and Mob Doll.

Since then, the rapper has several records including 90’s Kid and AK47 Boyz. In 2016, he also released the album, Lost in Smoke 2 under DEL Records. A follow up to his 2013 mixtape of the same name, it has since been uploaded to his Soundcloud account. To date, the playlist has been streamed tens of thousands of times.

Since then, King Lil G has also dropped the album, Blessed by God. A ten-track project, the contents mainly revolved around his life and experiences with friends. Some highlights from the record include Pouring Liquor, California Dreaming’, It’s Nothin, The Youth, Different World and Kennedy. Well received, it has since been played hundreds of thousands of times on Soundcloud.

Obviously, a portion of his income would have come from the above records. In addition to record sales, however, King Lil G also brings home a decent amount of public performances- aka concerts. In fact, looking at his schedule now, he will be embarking on a tour later this spring- more specifically, on April 10, 2018. For more information, be sure to check out his official website.

No, as far as we know, King Lil G is not married. In fact, not much is known about his personal life.

Does King Lil G Have Any Children?

He has a young son named Daniel Gonzales from a previous relationship.

From what we know, King Lil G did not attend college.

What is King Lil G Famous For?

King Lil G is perhaps best known for his single, Grow Up. On YouTube alone, the official MV has been viewed more than 20.5 million times. Some of his other top hits include Hopeless Boy, AK47, and Ignorance.

King Lil G currently spends his time in Los Angeles. Photos of his house are not available.

What Kind of Vehicle Does King Lil G Drive?

Information on King Lil G’s vehicle is unavailable at this time.

How Much Money Did King Lil G Make Last Year?

Information on King Lil G’s annual earnings for 2017 is not available.

Last February, the rapper released his latest mixtape, Blessed by God. As mentioned earlier, he will also be embarking on a tour later this spring.

If you’re a fan, why not follow the rapper on social media? You can find King Lil G on a few platforms including Instagram and Twitter at @KingLilG. On Facebook, you can also join over 660K others in liking his fan page here.