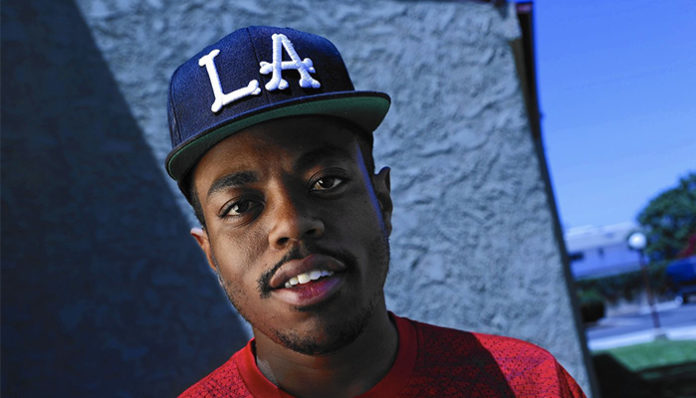 Known simply as Boogie, the Compton-bred rapper is perhaps best known for his mixtapes, The Reach and Thirst 48. With the help of YouTube, he successfully launched a music career in the early 2010’s. Today, he has amassed more than 20,000 subscribers on the video-sharing platform.

Over the past couple of years, he has dropped a number of projects including the album, Thirst 48, Pt.2, which featured artists such as K Camp and Mozzy. Some of his most popular singles to date include Nigga Needs, Sunroof, Bitter Raps, Still Thirsty, and Oh My.

How lucrative has his career been- that is, how successful is he? Is everything smooth-sailing for the 28-year-old? How much has he earned from his various projects over the past few years? How rich is he? Unfortunately, Boogie’s 2018 net worth is not yet available at this time. Since we’re here though, let’s take a look at how things have played out for the rapper so far.

How did Boogie Make His Money & Wealth?

Born on August 30, 1989, in Compton, California, Boogie was raised by his mother in Long Beach. Growing up, he often got himself in trouble. As a result, he was eventually sent to a church boarding school as a young; ironically, however, it was there that he was introduced to gang life. Visually impaired in one eye, he also has a lisp, which has become characteristic in his music.

In the summer of 2014, he dropped his debut mixtape, Thirst 48. Despite being his first project, it gained a significant amount of buzz with standout tracks such as Let ME Rap and Bitter Raps. On Soundcloud, the playlist has already been played hundreds of times.

A year later, he followed up with a second title, The Reach. Released on his son’s birthday, it boasted twelve tracks including Still Be Homies, Black Males, Westside, Let ME Rap, and Bitter Raps. Not long afterward, it was announced that he had landed a music deal with Interscope Records.

His next big project, Thirst 48 Pt. 2 was dropped on October 14, 2016. A continuation of his previous mixtapes, it featured guest appearances from artists such as K Camp and Mozzy. A 13-track project, it mainly revolved around the theme of relationships; some highlights from the tape include Two Days, Real One, Fall Before the Climb, and Won’t Be the Same.

Though he hasn’t released any mixtapes since, he has dropped a few singles including Came Up and Violence, both of which received praise from fans. In fact, the former has already racked up over 295,000 views on YouTube.

Speaking of YouTube, the rapper also has a decent following on the video-sharing platform. As of March 2018, he has amassed over 26,000 subscribers with more than 4.7 million views. Today, his most popular MV, Oh My has generated over 2.6 million views. Given that his videos are monetized, it’s highly likely that he’s made a decent amount from his channel so far.

Over time, as his popularity continues to grow, and he receives more opportunities, it’s likely that his net worth will continue to increase.

While he isn’t married, he is in a relationship with Ella Bands.

Does Boogie Have Any Children?

Last January, it was revealed that his girlfriend was pregnant with their first child.

Did Boogie Go to College?

From what we know, Boogie did not attend college.

What is Boogie Famous For?

Boogie is perhaps best known for his singles, Nigga Needs, Oh My, and Sunroof. Recently last year, he released the tracks, Came Up and Violence, both of which have since been streamed hundreds of thousands of times online.

Where Does Boogie Live now? Photos of Boogie’s House

As far as we know, Boogie lives in Los Angeles. Unfortunately, that’s about all we have on his location at this time.

What Kind of Vehicle Does Boogie Drive?

Unfortunately, information on Boogie’s vehicle is not available.

How Much Money Did Boogie Make Last Year?

Information on Boogie’s annual earnings for 2017 is not available.

As mentioned earlier, the Compton rapper recently dropped two singles last year, Came Up and Violence, the latter of which featured Masego. In terms of multi-track projects, he hasn’t released any new mixtapes since Thirst 48 Pt. 2 in 2016.

Are you a fan of the rapper? If so, why not follow him on social media? As expected from the celeb, you can find Boogie on a few outlets such as Twitter (@WS_Boogie) and (@WS_Boogie). On Facebook, he also has a fan page which you can check out by clicking here.