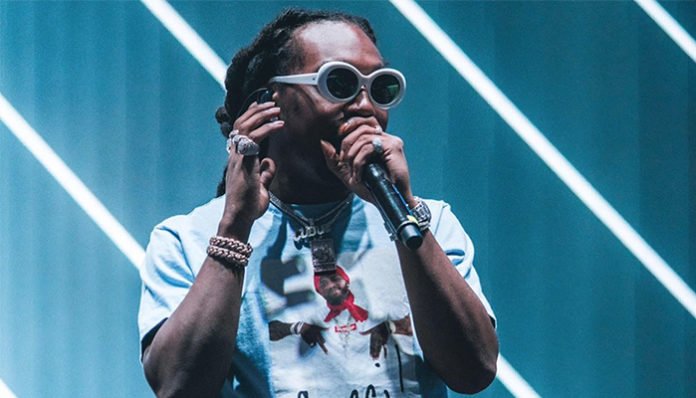 Known by fans as Takeoff, Kirshnik Ball is best recognized as a member of the hip-hop group, Migos. Since the early 2010’s, the trio has dropped a number of notable hits including Versace, Bad and Boujee, and Slippery. Their debut album, Yung Rich Nation was released in 2015.

By himself, he has also been featured in a number of hit songs over the years- some of these include Holiday by Calvin Harris, Bag by Stalley, and Important by Cook Laflare. Incredibly popular, the rapper has gained millions of followers to date, on platforms such as Instagram, Twitter, and Facebook.

How much has he managed to rake in from his musical ventures so far? How wealthy is the popular rapper? From what we can gather online, Kirshnik Ball’s 2018 net worth currently hovers around $2 million. What has contributed the most to his wealth? What are some of the greatest projects of his career? We’ll be exploring these questions below.

How did Kirshnik Ball Make His Money & Wealth?

Born on June 19, 1994, in Lawrenceville, Georgia, Kirshnik Ball began writing his own rhymes and making beats in the seventh grade. Still, it wasn’t until he was seventeen that he started to take his hobby more seriously. Teaming up with Quavo and Offset, both of whom he’s related to, the trio had formed a hip-hop trio called Migos in 2009. Their commercial debut single, Versace was eventually released in 2013. Hugely successful, it had rocketed them into hip-hop stardom.

Following up with more songs, the group released the singles Fight Night and Handsome and Wealthy in 2014. From there, they issued their first studio album in 2015. Dubbed, Yung Rich Nation, it had charted among the Top 20 on the Billboard 200. Filled with over a dozen tracks, it had given rise to the tracks, One Time, and Pipe It Up.

Since the release of their debut title, Migos has put together two additional albums- Culture and Culture II. While both soared to the top of the US music charts, the former has since received platinum accreditation from the RIAA. Speaking of other projects, they’ve also churned out a number of mixtapes over the past several years, the latest of which was released in 2016.

An important member of Migos, it’s likely that a significant portion of the rapper’s wealth comes from the success of their work. In fact, aside from what they make from record sales, they also pull in a decent amount of earnings from touring and other public appearances. If you’d like to support their work, the group even has an official merchandise store, which you can visit here.

Besides his work with Migos, Ball has also been featured in the works of several artists over the past few years. For instance, he has worked with Stalley, Cook Laflare, Yung Gwapa, Gucci Mane, and Calvin Harris. Some of these tracks include Holiday, Bag, Hell U Talking Bout, and Fucc You Thought.

Kirshnik Ball is not married. Though there have been a few rumors, it has not been confirmed that he is currently in a relationship.

Does Kirshnik Ball Have Any Children?

No, Kirshnik Ball does not have any children.

Did Kirshnik Ball Go to College?

No, as far as we know, Kirshnik has not gone to college.

What is Kirshnik Ball Famous For?

Kirshnik Ball is best recognized as one-third of the hip-hop group, Migos. Since their formation in 2009, they have released a number of smash hits including Versace and Bad and Boujee.

Kirshnik Ball lives in Atlanta, Georgia. Further details on his location are not available.

What Kind of Vehicle Does Kirshnik Ball Drive?

Unfortunately, we do not have any information on Kirshnik Ball’s vehicle.

How Much Money Did Kirshnik Ball Make Last Year?

At this time, we do not have any details on Kirshnik Ball’s 2017 earnings.

Together with Migos, he had recently released a studio album titled, Culture II in January 2018. A sequel to their 2017 effort, it had peaked at the top of the Billboard 200 (among a few other music charts).

Are you a fan of Kirshnik Ball aka Takeoff? If so, why not follow him on social media? You can find him on platforms such as Instagram (@YrnTakeoff) and Twitter (@1YoungTakeoff). On Facebook, he also has his own fan page, which you can check out by clicking here.