How to Cook Steel Cut Oats in an Instant Pot 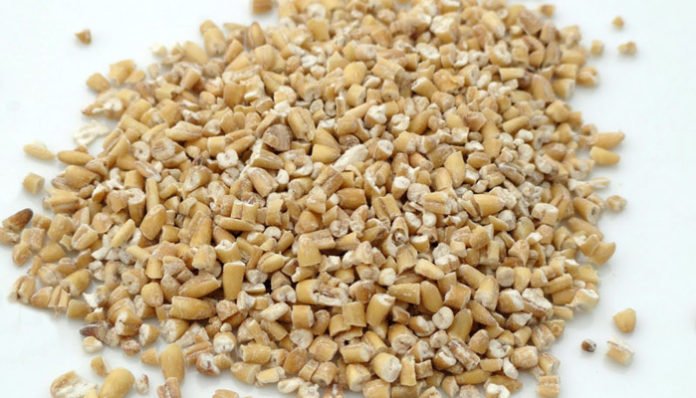 One of the healthiest grains that you can eat, oats are a fantastic source of fiber, vitamins, minerals, and antioxidants. Commonly eaten for breakfast, many people choose to consume it as oatmeal- that is, what it turns into after you boil it with water or milk. Incredibly versatile, it can also be used for things such as muffins, or granola bars.

A type of whole grain, oats are ultimately cultivated from cereal plants. In addition to human consumption, it is also widely used for animal feed.

The Different Kinds of Oats

Similar to other cereal grains such as rice, there are a variety of different oats available. Generally speaking, the less processed it is, the more health benefits it retains. Below, we’ll be taking a look at some of the most common types of oat.

Steel Cut: The closest to the original form, these grains are often called Scottish or Irish oats. Unlike other types, it is processed by chopping the entire groat into several pieces. Highly nutritious with a nutty flavor, it generally retains its shape after being cooked. In addition to the common oatmeal, steel cut oats can also be used for dishes such as congee or meatloaf.

Rolled Oats: Also called “old fashioned” oats, they owe their flat, irregularly round appearances to the rolling process. Compared to steel cut oats, they are much more pliable and soft; because of this, they tend to absorb more liquid when cooked. Beyond the hearty bowl of oatmeal, rolled oats are good for muffins, cookies, and other baked goods.

Instant Oats:  Often referred to as “quick oats,” this variety is the most processed out of the three. Due to the fact that it has been pre-cooked, it cooks more quickly than its steel cut or rolled counterparts. Despite its convenience, however, it tends not to retain its texture, which often times, lead it to be mushy.

The Benefits of Steel Cut Oats

If the title of this page didn’t already give it away, we’ll be focusing on the topic of steel cut oats.

The least processed out of the three main varieties, steel cut oats pack plenty of nutrients from fiber to vitamins and minerals. A “power food”, it contains plenty of insoluble and soluble fiber. For instance, for every 1/4 cup of dry oats, you get 5 grams of fiber. To top it all off, its insoluble fiber content also contains a compound called d beta glucan which helps to maintain ideal blood sugar and cholesterol levels.

In addition to fiber, they are an excellent source of protein. For every 1/4 cup serving, you get 7 grams of protein. Due to its minimal processing, it also contains all of the body’s essential amino acids.

To top it all off, the whole grain is also a natural source of iron and vitamin B (i.e. niacin, riboflavin, thiamine). For every 1/4 cup of oats, you get 10% of the recommended amount of iron.

For those who are conscious of their blood glucose levels, such are those who have diabetes, steel cut oats can be a great option due to its low glycemic index value. In other words, it has a relatively low impact on your body’s blood sugar levels once it has been eaten.

How do you Cook Steel Cut Oats?

How do you make a bowl of hearty oatmeal from steel cut oats? Generally speaking, it’s relatively simple to cook on the stovetop- simply, boil some water, add the dry oats in, reduce heat, and summer- easy right? With that said, there’s one thing that you should probably make note of- the water to steel-cut oats ratio.

Due to the fact that it contains whole groats, it requires more cooking time compared to its rolled or instant counterparts.

How do you Cook Steel Cut Oats in an Instant Pot?

While it can easily be cooked on the stovetop, it can also be prepared using a multi-cooker such as an Instant Pot. If you own such an appliance, why not just cook it with that, right?

Below, we’ll be outlining the steps on how to make oatmeal from steel cut oats using an Instant Pot. If you’re interested, follow along!

Note: If you want a real treat, you can choose to substitute either half or the entirety of the water with milk

Note #2: Depending on how thick you like your oatmeal, you can play around with the amount of water to be added

1.) Add the dry steel cut oats into the pot. Next, pour the water into the pot. Once you’ve done so, give them a stir with a spoon. Before you close the lid, you want to make sure that all of the grains are submerged in water.

2.) After the lid is closed, set the top vent to “sealing.” Next, you’ll want to cook the oats at high pressure for around 10 minutes, using the manual button.

3.) Once the high-pressure cooking is complete (aka when the Instant Pot beeps), allow the pressure to release for approximately 12 minutes.

4.) Once the 12 minutes have elapsed, carefully remove the lid. Chances are, the cooked oats will look watery. To thicken it, simply give it a few quick stirs with a spatula.

5.) For a basic oatmeal, you can add some cinnamon, maple syrup for flavor. If you want to be fancy, you can also add your favorite fruits/toppings. Serve warm.

Tip: If you have some oatmeal left over, you can store it in an airtight container in the refrigerator for up to a week. This makes for an excellent quick breakfast!

Tip #2: If you want to reheat your chilled oatmeal the next day, simply add 1 tablespoon of either water or milk to the mixture, and pop it into the microwave for a couple of minutes. Alternatively, you may also choose to reheat over medium-low heat on the stove top.

Can I double the recipe?

Generally speaking, yes- you can easily double the amount by using the same oatmeal to water ratio.

How can I make the oatmeal creamier?

If you prefer a creamier oatmeal, you simply have to cook the steel cut oats for longer (e.g. 12-14 minutes). Having said that, there is a small tradeoff- for you’ll lose a little bit of the grains’ chewy texture.

How much steel cut oats can I cook using an Instant Pot?

Considering the fact that it thickens during the cooking process, you probably do not want to fill the Instant Pot more than halfway full with the oats. Otherwise, you might end up with a mess to clean up!

Why is my oatmeal so watery?

If your oatmeal turns out to be too watery, you probably added to much water. After all, the oats can only absorb a certain amount- any additional liquid will be excess water. To remedy this, you can cook it for a longer period of time, to allow some of the water to evaporate.

Why is my oatmeal mushy?

If your oatmeal is mushy, you may wish to try using less milk or water. In addition to that, decreasing the cooking time also allows the oats to retain more of its chewiness.

Why is my oatmeal gummy?

If you wind up with gummy oatmeal, chances are, you did not add enough oats to the mixture. To fix this, simply increase the oats to water ratio.

What are some good oatmeal toppings?

Some healthy oatmeal toppings that you can try with your next breakfast include fruits (e.g. strawberries, blueberries, bananas, etc), cinnamon, nuts (e.g. pecans, pistachios, etc), greek yogurt, and honey.

For the occasional treat, you can also add goodies such as chocolate, Nutella, and ice cream. As delicious as it is, however, it probably wouldn’t be a good idea to eat such a sweet bowl of oatmeal every day for breakfast.