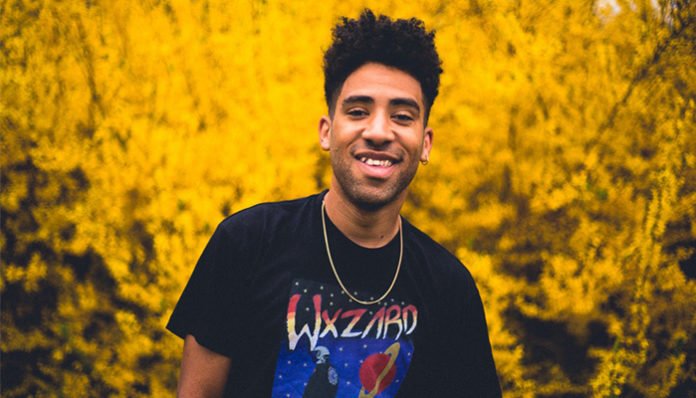 An American rapper, Kyle Harvey rose to fame for his breakthrough hit iSpy, which peaked at number four on the Billboard Hot 100. Prior to that, he had also released singles such as View from Hollywood, and Just a Picture.

In terms of multi-track projects, he’s also dropped two albums over the years- Beautiful Loser and Smyle, the latter of which charted in the US. Rising in popularity as we speak, he currently has more than 318,000 followers on Soundcloud alone.

Having said all that, how well off is the 24-year-old artist? How much does he make from his records? How financially successful is he? From our research, Kyle Harvey’s current net worth hovers around the $2 million mark. Wondering where he earned this money from? Let’s find out below.

How did Kyle Harvey Make His Money & Wealth?

Born on May 18, 1993, in Northridge, California, Kyle Harvey was raised single-handedly by his single mother in Los Angeles. Growing up, he has always been fond of singing; in fact, he often wrote and performed his own songs in grade school. By the time he was in his early teens, he had started to rap. Inspired by Man on The Moon by Kid Cudi, he eventually recorded his own songs on his aunt’s computer.

Under the stage name, K.i.D., he began releasing songs online in 2010. In 2013, he came out with his debut mixtape, Beautiful Loser. A 17-track project, it boasted the tracks Keep It Real, Love 4 You, Focus on You, BANG, and When Can We, among others.

A year afterward, he followed up with his second commercial mixtape, Smyle. Featuring guest appearances from Yuna, Jesse Rutherford, and Chance the Rapper, it was made available through Indie-Pop in October 2015. More successful than his debut effort, it peaked within the Top 100 on the Billboard 200 and at number ten on the US Hip-Hop Albums chart. To date, it remains to be his most successful multi-track album.

Though he hasn’t released any additional albums since he has continued to churn out singles such as Doubt It and Blame. In fact, he had released his breakthrough hit, iSpy (Feat. Lil Yachty) in 2016. Responsible for cementing his place in the music scene, it peaked at number four on the Billboard Hot 100; not only that, but it has since been certified platinum three times by the RIAA. Considering those facts, there’s no doubt that he had earned a significant amount of earnings from said track.

Aside from his solo releases, Kyle has also been featured in Vice’s Obsession (25/7) and Marc E. Bassy’s Plot Twist. Last year, he also made a couple of guest appearances in Taylor Bennett’s Favorite Colors and in Charlie Puth’s Attention (Remix).

As his popularity continues to grow, it’d only make sense for his earnings to also go up.

No, he isn’t married. Having said that, not much information is available on his dating status.

Does Kyle Harvey Have Any Children?

As far as we know, Kyle Harvey does not have any children.

Did Kyle Harvey Go to College?

From what we know, Kyle Harvey did not attend college.

How did Kyle Harvey get his fame?

Kyle Harvey is known for his single, iSpy (Feat. Lil Yachty). A chart topper, it hit the top on US Rap Songs and at number 4 on the US Billboard Hot 100 chart. To date, it has been certified 3x platinum by the RIAA.

Kyle Harvey currently resides in California. Further details on his location are not available.

What Kind of Vehicle Does Kyle Harvey Drive?

Information on Kyle Harvey’s vehicle is unavailable at this time.

How Much Money Did Kyle Harvey Make Last Year?

Information on Kyle Harvey’s annual earnings for 2017 is not available.

Earlier this year, Kyle dropped a new single titled, To the Moon. Prior to that, he had also released a few new songs in 2017; these include Nothing 2 Lose, Want Me Bad (Feat. Cousin Stizz) and Not the Same. For now, it’s unclear when he will be releasing a third album.

Are you a fan of the rapper? If so, don’t forget to follow him on social media- you can find Kyle Harvey on Instagram at @SuperDuperKyle. On Facebook, he also has an official fan page set up here– so be sure to give him a like!