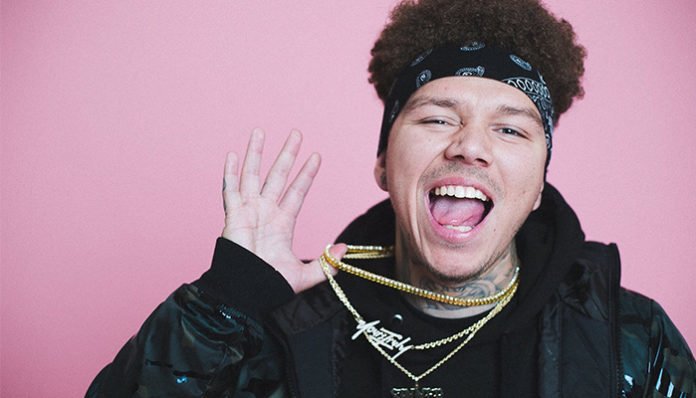 An American rapper, Phora has released a number of mixtapes over the years including Still a Kid, Sincerely Yours, and Angels with Broken Wings. His debut album titled, Yours Truly Forever, was issued last summer. Well received by fans, it peaked among the Top 50 on the Billboard 200.

Like most rappers, he has also collaborated with several artists throughout his career including Anthro Beats, Cristiles, and Nelson Moran, to name a few. Thanks to his efforts, he has gained well over 130,000 fans on Soundcloud alone. If anything, his popularity has only continued to climb over the past couple of years.

How lucrative has his hip-hop career been? How much has he made from his records? How wealthy is the twenty-something from California? From our research, Phora’s current net worth is around $500,000. Where did this amount come from? Hopefully, we’ll be able to answer this questions below, as we take a closer look at his career.

How did Phora Make His Money & Wealth?

Born on October 11, 1994, in Anaheim, California, Phora previously worked as a tattoo artist prior to committing to rapping full-time. Influenced by his father to pursue music, his favorite artists include Logic, Hopsin, and J. Cole. Ultimately, it was after surviving a near-death incident in his mid-teens that he launched a music career with the release of his debut mixtape, Still a Kid in 2012.

The following summer, he followed up with a second mixtape, One Life to Live. From there, he released his third project, Sincerely Yours in 2014. That same year, he also dropped his debut EP, Nights Like These, which significantly boosted his popularity. Met with positive reviews, the extended play had charted at number 83 on the Top Rap Albums Chart.

His next big project, Angels with Broken Wings, came out in the fall of 2015. His fourth mixtape, it made its way to number 18 on the US Top Rap Albums chart. Shared online, the playlist has since been played millions of times on his official Soundcloud account.

Since then, Phora has come out with a fifth title, With Love in 2016. His most successful mixtape to date, it charted at the top of the US Rap albums chart- a notable feat for the emerging rapper.

His long-awaited debut album, Yours Truly Forever, was released in August 2017. Produced by Eskupe and Anthro Beats, among others, it boasted sixteen tracks including No Looking Back, Everybody Knows, I Come Apart, and To the Moon. Not long after its release, it peaked at number 44 on the Billboard 200.

Aside from what he’s earned from the above records, the rapper has also done a number of collaborations with artists such as Anthro Beats, Cristiles, and Eskupe.

Like many artists, he’s also known for putting on shows throughout the year. In fact, he has a handful of performances scheduled for later this month- for more details on the dates, please visit his official website. Taking into consideration his popularity, there’s no doubt that he makes a decent amount for each performance that he gives.

No, he isn’t married. Not much information is available on Phora’s dating history at this time.

Does Phora Have Any Children?

As far as we know, Phora does not have any children.

Did Phora Go to College?

From what we know, Phora did not attend college.

What is Phora Famous For?

Phora recently gained some attention with the release of his debut album, Yours Truly Forever in 2017. A decent success, it had reached number 44 on the Billboard 100 and number 1 on the Rap Albums chart.

Where Does Phora Live now? Photos of Phora’s House

Unfortunately, information on Phora’s location is not available at this time.

What Kind of Vehicle Does Phora Drive?

Information on Phora’s vehicle is unavailable at this time.

How Much Money Did Phora Make Last Year?

Information on Phora’s annual earnings for 2017 is not available.

As mentioned earlier, the rapper recently dropped his solo debut album, Yours Truly Forever last August. Prior to that, he had released his fifth mixtape, With Love in October 2016.

Last year, he also appeared in a number of music videos such as Move Too Fast, Slow Down, and Snakes.

Want to support the rapper online? You can find Phora on a few social media outlets such as Twitter (@Phoramusic) and Instagram (@Phoraone). Alternatively, you can also give him a like on Facebook- you can visit his official fan page here.