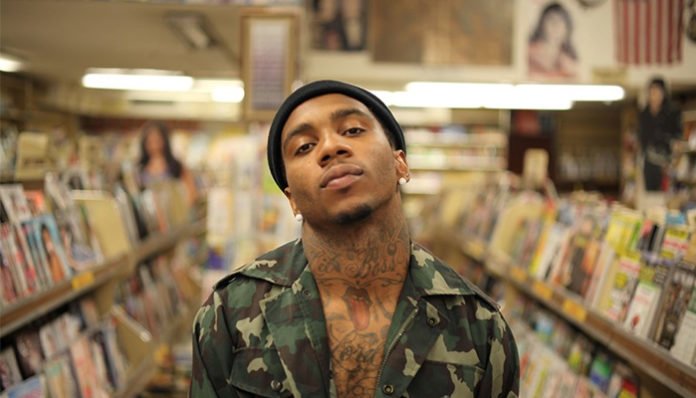 A talented rapper, Lil B’s work spans a number of genres including indie rock, hip-hop, choral music, and new age. In 2010, he came out with his debut mixtape, Dior Paint. Even prior to that, however, he had already developed a cult following through social media.

Since then, several titles have been released including Rain in England, Angels Exodus, and Everything Based, to name a few. Outside of music, he has also been involved with other projects; for instance, he wrote a book titled Takin’ Over by Imposing the Positive in 2009. In the past, he has also given a number of motivational lectures at several colleges across the country.

With all that he’s involved with, is it fair to assume that he’s a successful individual? How much has he banked over the years? From our research, Lil B’s current net worth is around the $1.5 million mark. Where did these funds come from? We’ll be trying to find the answer to this below.

How did Lil B Make His Money & Wealth?

Born on August 17, 1989, in Berkeley, California, Lil B began rapping in his mid-teens, as a member of the hip-hop group, The Pack. Ultimately, it was then that he had adopted his current stage name, “Lil B.” Following the release of two mixtapes, they garnered a considerable amount of attention in the Bay Area after their song, Vans became a surprise hit.

A few years later, he made his solo debut with the album, I’m Thraxx. Released in the fall of 2009, it was soon followed by 6 Kiss, his second digital project. From there, Lil B came out with his first studio album titled, Rain in England in 2010. Noted for its unorthodox lyrical and musical content, it was described as “one of the most peculiar rap albums” by The Guardian. Nonetheless, it enjoyed a fair amount of success.

Since then, he has come out with several additional albums including Angels Exodus, I’m Gay (I’m Happy), and Skateboards 2 Scrapers. In 2012, he even released two instrumental albums, Tears 4 God and Choices and Flowers, the latter of which charted at number six on the US New Age music chart. Of course, he’s also dropped numerous mixtapes over the past few years. His most recent title, Black Ken, was released in August 2017.

As you can probably expect from a rapper, most of Lil B’s wealth comes from the success of his records (let’s also not forget about the money that he earns from putting on public performances). In addition to his music sales, however, he does have a few other things going for him.

For instance, he released a book titled, Takin’ Over by Imposing the Positive in 2009. In the past, he has also been invited to give motivational lectures at a number of colleges across the country including Carnegie Mellon University and MIT.

In terms of other ventures, he also launched a mobile app called, Basedmoji” in early 2015.

Is Lil B Married?

No, Lil B is not married. As far as we can tell, he is currently single and not in a relationship.

Does Lil B Have Any Children?

As far as we know, Lil B does not have any children.

Did Lil B Go to College?

From what we know, Lil B did not attend college. With that said, not much information is available on his education history.

What is Lil B Famous For?

As a rapper, Lil B is perhaps best known for his 2011 album, I’m Gay (I’m Happy). More successful than his earlier works, it had peaked at number 20 on the US Top Heatseekers chart.

Where Does Lil B Live now? Photos of Lil B’s House

Lil B currently lives in California. Further details are not available at this time.

What Kind of Vehicle Does Lil B Drive?

Information on Lil B’s vehicle is unavailable at this time.

How Much Money Did Lil B Make Last Year?

Information on Lil B’s annual earnings for 2017 is not available.

As mentioned earlier, Lil B most recently released the mixtape, Black Ken on August 1, 2017. A 27-track project, it featured contributions from the fellow rapper, iLoveMakonnen. Met with positive reviews, it has been described by critics as a “hyphen and deep funk record.”

If you’re a fan, be sure to support him online. You can find Lil B on a few social media platforms including Twitter (@LilBTheBasedGod) and Instagram (@LilBisGod). On Facebook, you can also check out his official fan page here.