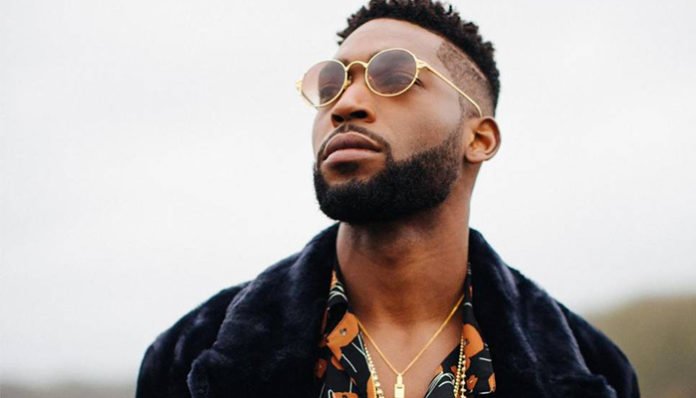 A hip-hop artist, Tinie Tempah rose to fame with the release of his debut single, Pass Out in 2009. Since then, he has dropped numerous records, many of which have received certification from the BPI. Today, his most popular hits include Written in the Stars, Miami 2 Ibiza, Wonderman, and Invincible.

A prominent figure, he has won numerous awards throughout his career including two Brit Awards and three Urban Music Awards, among many others. If anything, his popularity has only soared over the past few years. On Soundcloud alone, the rapper has close to 60,000 fans tuning to his music.

With that said, how financially successful is he? How much money has he earned from his rap career so far? From our research, Tinie Tempah’s current net worth is around $3 million. Where does his income come from? How many ongoing projects does he have? Let’s find out below.

How did Tinie Tempah Make His Money & Wealth?

Born on November 7, 1988, in Plumstead, England, Tinie Tempah spent the initial half of his childhood in Southeast London with his three younger siblings. Ultimately, it wasn’t until after he and his family had moved to Plumstead that he began to write his own rhymes, under his current stage name. In 2005, he joined Aftershock Records, with whom he recorded a number of songs.

A few years later, he received a breakthrough with the release of his debut single, Pass Out. Responsible for his rise to fame, it had debuted on the UK Singles Chart at number one, with over 92,000 sales in the first week. Met with positive reviews, it eventually received platinum accreditation from the BPI.

His debut album, Disc-Overy followed son afterward in 2010. Supported by seven singles, it boasted thirteen songs including Written in the Stars, Simply Unstoppable, and Wonderman. Praised for its musical appeal, it entered the UK Album chart at number one; elsewhere, the album also charted in the US, Canada, Germany, Australia, and New Zealand.

Since then, Tempah has released two additional albums, Demonstration in 2013 and Youth in 2017. Some highlights from the projects include Girls Like, Not Letting Go, Text From Your Ex, and Mamacita.

As you can probably expect from a rapper, a considerable amount of his earnings most likely comes from his records. With that, said, he does have other things going for him- for instance, he’s also known for putting on concerts and performances throughout the year. In fact, he has headlined two tours in the past- The Disc-Overy Tour and the Demonstration Tour. Besides that, he has also supported Rihanna, Usher, and The Script on concert tours in the past.

On YouTube, the rapper also has a decent following on his channel- close to 50,000 to be exact. Assuming that his videos are monetized, the site would bring him yet another source of income.

As far as other projects go, he founded Disturbing London, an independent record label in 2007. Today, some of their artists include All About She, Sasha Keable, Wizkid, A2, and J Warner.

No, he is not married. According to reports, however, he is currently in a relationship- through the identity of his partner has not been revealed to the public.

Does Tinie Tempah Have Any Children?

As far as we know, Tinie Tempah does not have any children.

Did Tinie Tempah Go to College?

From what we know, Tinie Tempah did not attend college.

What is Tinie Tempah Famous For?

Tinie Tempah rose to fame with the release of his debut single, Pass Out in 2009. From there, his popularity only climbed further after he dropped his studio album, Disc-Overy in 2010.

Tinie Tempah currently lives in England. Photos of his house are not available at this time.

What Kind of Vehicle Does Tinie Tempah Drive?

Information on Tinie Tempah’s vehicle is unavailable at this time.

How Much Money Did Tinie Tempah Make Last Year?

Information on Tinie Tempah’ annual earnings for 2017 is not available.

Last spring, the rapper released his third album, Youth on April 14, 2017. That same year, he dropped the singles Text from Your Ex (Feat. Tinashe), and Dum Dum (With Becky G and Kideko).

Want to support the rapper online? If that’s the case, how about following Tinie Tempah on social media? You can find him on a few outlets such as Twitter (@TinieTempah) and Instagram (@Tiniegram). On Facebook, he also has an official fan page which you can visit by clicking here.