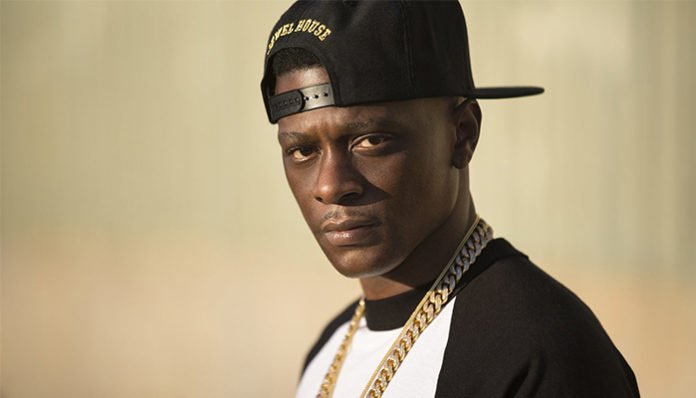 An American rapper, Boosie Badazz (formerly known as Lil Boosie) has dropped a number of hits including Zoom, Better Believe It, and Betrayed. In terms of full-length projects, he has also released six studio albums, most of which have charted in the United States. His most recent project, BooPac was made available late 2017.

In addition to his musical releases, the rapper has also appeared in a handful of films; these include, Gangsta Musik, On the Grind, Bad Azz, Last Days, and Ghetto Stories: The Movie. In terms of other ventures, he is also the founder of the record label, Bad Azz Musical Syndicate.

How successful has he been over the past couple of years? How much has he earned from his record sales so far? How well off is the artist? From what we can gather, Lil Boosie’s 2018 net worth is around $800,000. Let’s take this opportunity to learn more about the rapper.

How did Lil Boosie Make His Money & Wealth?

Born on November 14, 1982, in Baton Rouge, Los Angeles, he grew up in a less than ideal neighborhood where drug use and gang violence were commonplace. As a young teen in the late 90’s, he performed with the music group called Concentration Camp. It wasn’t until he was eighteen that he recorded his solo debut album, Youngest of da Camp, which made its way onto the US Top R&B Albums chart.

Ultimately, it wasn’t until the release of his third album, Bad Azz in 2006, that he began to gain mainstream attention. Preceded by the single Zoom, the project featured guest appearances from artists such as Debbie, Foxx, Big Head, Pimp C, and Yung Joc. Relatively successful, the album had reached as high as number 18 on the Billboard 200.

Three years later, he dropped a fourth project titled, Superbad: The Return of Boosie Bad Azz. His second record to chart on the Billboard 200, it gave rise to the single Better Believe It (Feat. Young Jeezy and Webbie). Not long after its release, the rapper was incarcerated, after pleading guilty to drug charges. While he was behind bars, he issued an album titled, Incarcerated, which also made it onto the Billboard 200, among a few other music charts.

After being released in 2015, he released the album, Touch Down 2 Cause Hell. His most successful title to date, it had peaked at number 2 on the Top R&B Albums and at number 3 on the Billboard 200. Among the tracks that it gave rise to were She Don’t Love Me, How She Got Her Name, Drop Top Music, and Music on My Soul.

Since then, Lil Boosie- who now goes by the name Boosie Badazz, has released a seventh album titled, BooPac.

Considering his line of work, it’s only natural that a decent amount of earnings come from his albums and singles. With that said, his net worth had nonetheless taken a hit after he was incarcerated for five years. While his current net worth is around $800,000, it had been higher- around the $4 million mark in the 2000’s.

Does Lil Boosie Have Any Children?

Yes, the rapper has three children with his wife named Tarlaysia, Torrence Jr., and Iviona.

Did Lil Boosie Go to College?

No, as far as we can tell, Lil Boosie has not gone to college.

What is Lil Boosie Famous For?

Several years after his debut, he rose to fame with the release of his 2009 album, Superbad: The Return of Boosie Bad Azz. Since then, he has followed up with titles such as BooPac and Touch Down 2 Cause Hell.

Lil Boosie currently lives in Louisiana. Further details are not available at this time.

What Kind of Vehicle Does Lil Boosie Drive?

Unfortunately, we do not have any information on Lil Boosie’s vehicle.

How Much Money Did Lil Boosie Make Last Year?

Information on Lil Boosie’s annual earnings for 2017 is not available.

A few months ago, he released an album titled, BooPac in 2017, which went on to chart at number 38 on the Billboard 200. In terms of upcoming projects, he will be dropping Boosie Badazz: Bigger and Badder Than Ever sometime later this year.

Are you a fan of his music? If so, how about following the rapper on social media? You can find Lil Boosie on Twitter at @BoosieOfficial or on Instagram at @OfficialBoosieIG. On Facebook, he also has a fan page which you can visit here.