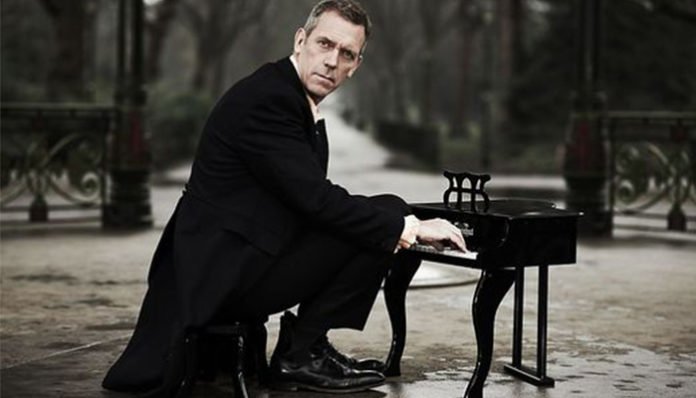 An award-winning actor, Hugh Laurie gained critical acclaim for his portrayal of the title character in the medical series, House. One of the highest paid actors in a television drama, he was inducted into the Guinness World Records in 2011. Some of the other TV shows that he’s starred in include Veep, The Night Manager, and Chance.

Over the years, he has also played many roles on the big screen. For instance, he had co-starred in the popular 2015 sci-fi film, Tomorrowland. Later this year, he will also be playing the role of Mycroft Holmes in the upcoming action-mystery, Holmes and Watson.

How much was he paid for his starring role in House? As one of the most popular actors in television, how much has he earned over the years? Aside from acting, what other ventures have he been involved with? From what we can gather, Hugh Laurie’s estimated 2018 net worth is around $40 million.

How did Hugh Laurie Make His Money & Wealth?

Born on June 11, 1959, in Oxford, Hugh Laurie got involved with acting after joining the the university drama club, the Cambridge Footlights. As one thing led to another, he eventually worked on a few television series including The Cellar Tapes, Alfresco, and There’s Nothing to Worry About. Later in 1984, he made his TV debut in the British sitcom, The Young Ones.

Over the next two decades, he appeared in a number of TV series including Happy Families, The New Statesman, Jeeves and Wooster, Tracey Takes On, Friends, and Spooks. Ultimately, it wasn’t until he was cast as the misanthropic title character in the medical drama, House that he soared to fame.

His greatest portrayal to date, it not only garnered him critical acclaim, but it had also yielded a number of accolades including seven Primetime Emmy Award nominations, two Golden Globes, two Screen Actors Guild Awards, among several others.

How much did he make from starring in House? According to the Guinness World Records, he became one of the highest-paid actors in a TV drama in 2011, with earnings of ~$400,000 per episode of House.

Since the end of House in 2012, he has also starred in the shows Veep, The Night Manager, and Chance.

Outside of television, Laurie has also been involved with film- though not as much as he was in the late 90’s and early 2000’s. Some of the works that he was involved with in the past few years include Mister Pip, and Tomorrowland, the latter of which went on to gross over $200 million at the box office. Later this year, the actor will also be co-starring in the film, Holmes and Watson.

In terms of other ventures, did you know that he has also released two studio albums? His first project, Let Them Talk was made available in 2011. A big hit, it had reached number two on the UK Music Charts. Two years later, he released his second album titled, Didn’t It Rain, which went on to spawn the single, Wild Honey.

Does Hugh Laurie Have Any Children?

He has three children with his wife, two sons named Charles and William and a daughter named Rebecca.

Did Hugh Laurie Go to College?

Yes, he went to Selwyn College, where he was an active oarsman.

What is Hugh Laurie Famous For?

Hugh Laurie is perhaps best known for playing Dr. House in the medical drama, House. Some of his other standout works include The Night Manager, and Veep.

Hugh Laurie has a mansion in Hollywood, California, though his family resides in London.

What Kind of Vehicle Does Hugh Laurie Drive?

Unfortunately, we do not have any information on Hugh Laurie’s vehicle.

How Much Money Did Hugh Laurie Make Last Year?

Information on Hugh Laurie’s annual earnings for 2017 is not available.

In terms of upcoming roles, he will be portraying Mycroft Holmes in the film, Holmes and Watson, which is slated for a December 2018 release.

Are you a fan of his work? If so, how about following Hugh Laurie online? You can find the actor on Twitter at @HughLaurie. On Facebook, he also has a fan page set up which you can visit by clicking here– while you’re at it, be sure to give him a like!