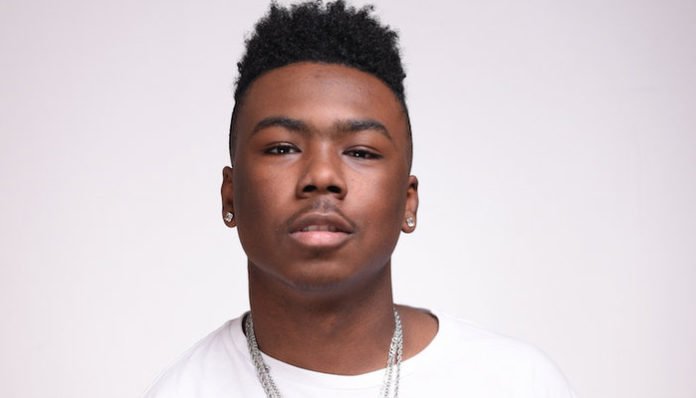 A Baltimore-based rapper, Lil Key rose to fame after competing in the second season of the music reality series, The Rap Game. Since then, he has released a number of records including his debut album, My Life Volume 1. Today, his most popular singles include Key to the City, and Love 2 Hate Me.

Rising in popularity as we speak, he has collaborated with many artists over the past few years including Lil Yachty, J.I. Prince of New York, Miss Mulatto, and Malik M.A.S., to name a few. To date, he has gained close to a million followers on Soundcloud.

How much has he managed to rake in over the years? How is the artist doing for himself nowadays? According to sources, Lil Key’s 2018 net worth currently hovers around $1 million. From what did he earn this amount from? Let’s take a closer look at his rap career below.

How did Lil Key Make His Money & Wealth?

Born on April 5, 2000, in Baltimore, Maryland, Lil Key was born with an injury to his brachial plexus that limited the mobility of his right arm. Despite this, his childhood was relatively idyllic. Inspired by various hip-hop artists, he began uploading his own songs to YouTube at the age of twelve. Later in his early teens, he and his friend Scooter Smiff broke out on the Baltimore music scene.

By the time he was in his mid-teens, his music had captured the attention of a local Baltimore business, which later asked him to be their spokesperson. From there, he eventually dropped his debut mixtape, My Life, Vol. 1 in 2013. Among its trackless were titles such as Young and Bold, and Backpack, both of which gained traction online.

As he continued to upload his work on multiple platforms, his presence in the hip-hop scene began to grow. As it happened, he eventually found himself competing on Queen Latifah’s music reality series, The Rap Game in 2016. Though he didn’t end up winning, his time on the show had garnered him a fair bit of attention.

A year later, he returned with new music for his fans- the extended play, Unlocked. An 8-track project, it boasted the songs Shorty Right Here, Crazy (Feat. J.I. & D Low), I Got This Feeling, and Don’t Come Around Me (feat. Nova), among a few others.

Since then, Lil Key has also dropped another single titled, Shorty Right There. On YouTube, the official music video has generated over 44,000 views to date.

Speaking of YouTube, it’s likely that he also pulls in some earnings from the site. Assuming that he’s been monetizing his videos, the chances of this is high. Since the launch of his channel in 2012, he has gained nearly 20,000 subscribers with more than 618,000 video views. Today, his most popular uploads include Lil Key Backpack Flow, Young & Bold, Key to the City, and Mad When I Flex.

Though he isn’t married, Lil Key appears to be in a current relationship.

Does Lil Key Have Any Children?

Lil Key does not have any children as far as we can tell.

Did Lil Key Go to College?

From what we can gather, Lil Key has not attended college.

What is Lil Key Famous For?

As a rapper, Lil Key is perhaps best known for his tracks Key to the City, and Love 2 Hate Me. In 2016, he had also received a fair bit of attention after appearing on the second season of Queen Latifah’s The Rap Game.

Unfortunately, information on Lil Key’s location is not available at this time.

What Kind of Vehicle Does Lil Key Drive?

We do not have any information on Lil Key’s vehicle at this time.

How Much Money Did Lil Key Make Last Year?

Last year, he released a new eight-song extended play, Unlocked. Since then, he has also dropped Shorty Right Here, a new single that has already been played tens of thousands of times online.

If you’re a fan of his work, how about following him on social media? You can find Lil Key on a few sites such as Instagram and Twitter at @BmoreLilKey. Alternatively, he also has an official fan page set up on Facebook, which you can visit by clicking here.