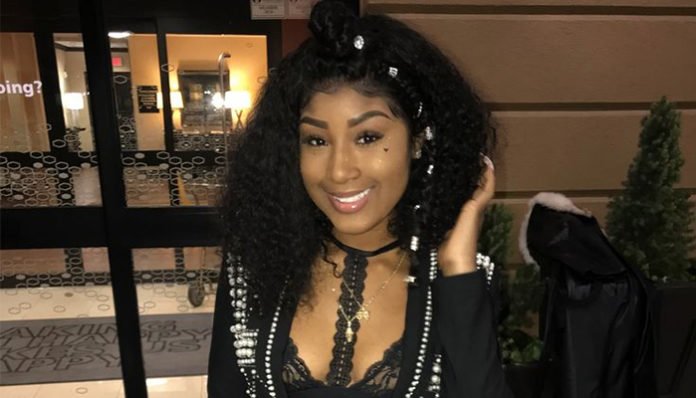 A popular rapper, TI Taylor is best known as one-half of the hip-hop duo, Taylor Girlz. Together with her sister Daysha, she has released a number of singles over the past few years including Woozie, Hillary, and Steal Her Man. Last year, they released Who Are Those Girlz, an EP that boasted six new tracks.

Aside from their music career, the sisters are also well known on social media. On YouTube alone, the pair has gained over 1.1 million subscribers to date. In addition to that, they also have a significant following on platforms such as Twitter, Instagram, and Facebook. On Soundcloud, they also have more than 20,000 fans tuning to their music.

How much has she earned over the years, as a member of the music duo? How is the teen doing for herself now? From what we can gather online, TI Taylor’s current net worth is around $500,000. Where did this money come from? Let’s take a closer look at the girls’ careers below.

How did TI Taylor Make Her Money & Wealth?

Born on August 7, 1998, in Alabama, TI Taylor was raised with her sister Daysha, in Atlanta, Georgia. Growing up, the two were inspired by their father, an active rapper, to develop their own rhymes. In 2012, the pair came together to form a pop-rap duo called Taylor Girlz. From there, they gained a lot of momentum with releases such as Hillary and Woozie.

Since then, the sisters have released several other songs such as Big Ole Booty, Georgia, Steal Her Man, and Wedgie, most of which have been played tens of thousands of times online.

In terms of albums, they released their debut EP, Who Are Those Girls?! in February 2017. Packed with six tracks, it gave rise to the tracks Bang, Bougie, Boom, and Hater, among a couple of others. Solidly put together, the record had garnered the girls a significant amount of attention that year.

Aside from their solo releases, they have also done multiple collaborations over the past few years. For instance, they’ve worked with artists such as Trinity Taylor, CreateyaLane, Jays Queezy, and Fli University. Some of these songs include Bi Bank, Pesos, and Big Bank.

As it’s usually the case, the girls would have pulled in a decent amount from their musical releases. In addition to that, it’s likely that they’ve also earned some from putting on public appearances such as shows and concerts (though it doesn’t look like they have any planned for the next few months).

In terms of other income sources, there’s also their YouTube channel. Launched in 2012, they’ve gained over 1.1 million subscribers over the past few years, with more than 171 million total video views. Assuming that they’ve been monetizing their videos, it would serve as yet another stream of revenue for the pair. Today, their most popular uploads include I Like You Prank on Trey, I Want to be a Stripper Prank, Cut Off Challenge Pt 2.

While she isn’t married, she does appear to be in a relationship.

Does TI Taylor Have Any Children?

As far as we know, TI Taylor does not have any children.

Did TI Taylor Go to College?

TI Taylor has not gone to college, as far as we can tell.

What is TI Taylor Famous For?

TI Taylor is best known as a member of the pop-rap duo, Taylor Girlz. Over the years, they have churned out a number of hits including Woozie and Wedgie.

Information on TI Taylor’s current location is not available at this time.

What Kind of Vehicle Does TI Taylor Drive?

Unfortunately, we do not have any information on TI Taylor’s vehicle.

How Much Money Did TI Taylor Make Last Year?

Information on TI Taylor’s 2017 earnings is not available.

Last fall, the Taylor Girls released their latest single, Big Ole Booty. To date, the official music video has been played close to 2 million times on YouTube. Some of their other recent singles include Georgia and Wedgie.

If you’re a fan of the Taylor Girlz, why not follow TI Taylor on social media? You can find the girl on a few social media platforms- for instance, she’s active on Twitter and Instagram at @IamTGZ. On Facebook, you can also visit the girls’ official fan page by clicking here.