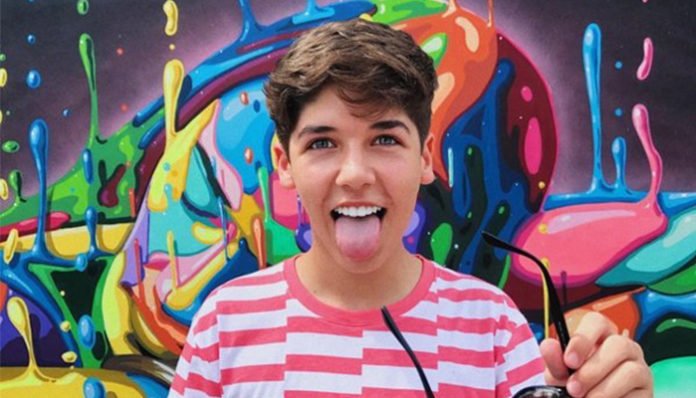 A social media celebrity, Mario Selman initially rose to fame on the music network, Musical.ly, where he’s since amassed over 3 million followers. Though he joined YouTube as early as 2014, it wasn’t until the recent years that he began to upload videos on a consistent basis. Today, he runs a collaborative channel called Our Journey, with five of his close friends.

In terms of recent projects, he launched his own series on Facebook earlier this year called, The Early Early Show, on which he interviews a number of celebrities. As of 2018, he has more than 17,000 fans on the site.

While that’s all fine and dandy, how much money has his social media career brought in over the past few years? How well off is the 18-year-old online star? From the information that we could find online, Mario Selman’s current net worth is around $350,000. Where did he earn most of this money from? Below, we’ll be exploring this question more in depth.

How did Mario Selman Make His Money & Wealth?

Born on December 21, 1999, in Chile, Mario Selman grew up with his two sisters, Nacha and Cat, both of whom are also active on social media. As a teen, he joined YouTube in 2014. With that said, his initial fame came from two other platforms- Musical.ly, and YouNow. Ultimately, it wasn’t until the recent years that his YouTube following really started to take off- especially with the launch of his collaborative channel, Our Journey in 2016.

Launched in February 2016, the said channel has since gained more than 830,000 subscribers, with over 85 million lifetime views. Created with five of his close friends (Baby Ariel, Weston Koury, Zach Clayton, Nick Bean, Brennen Taylor), their most popular videos to date include Reacting to…Myself?, Bad Trends I Went Through, My Strange Addiction: Musical.ly, Moms vs Dads and Eating Poop Prank. Considering the audience that they have, it wouldn’t be surprising at all if they were to pull in some regular income from their videos.

Of course, the digital sensation also has his own YouTube channel, itsmarioselman. Launched in 2014, he has gained over 441,000 subscribers to date, with more than 10.5 million video views. Though not as active as it was before, many of his videos have been viewed hundreds of thousands of times. Assuming that the channel has also been monetized, it would easily yield him some extra cash on the side.

Aside from YouTube, it’s not surprising to know that he’s also active on other sites such as Facebook. In fact, he had just recently launched his own web series called, The Early Early Show, on which he interviews popular celebrities.

In terms of other ventures, he has also participated in a few tours in the past. For instance, he had traveled with Juwan Roman and 99 GoonSquad for the 2016 Part of My Story Summer tour. Speaking of public appearances, he was also present at the Latin Grammy Awards last year.

No, he is not married. In fact, as far as we can tell, Mario Selman is currently single.

Does Mario Selman Have Any Children?

No, Mario Selman does not have any children that we know of.

Did Mario Selman Go to College?

No, Mario Selman has not gone to college. Instead, it looks like he’ll be pursuing a career in social media.

What is Mario Selman Famous For?

Mario Selman is perhaps best known on the platforms, Musical.ly, and YouTube. On the latter, he has two channels- one of which includes the collaborative account, Our Journey, which he runs with five of his close friends.

Unfortunately, we do not have any information on Mario Selman’s location at this time. Photos of his house are not available.

What Kind of Vehicle Does Mario Selman Drive?

Unfortunately, we do not have any information on Mario Selman’s vehicle.

How Much Money Did Mario Selman Make Last Year?

Information on Mario Selman’s annual earnings for 2017 is not available.

For the most parts, Mario Selman has been diligent about updating his social media accounts on a regular basis over the past year. As far as we know, he has not made any public appearances in the recent months.

If you’re a fan, why not follow the social media celeb on social media? You can find him on a few sites such as Twitter and Instagram at @itsMarioSelman. On Facebook, there’s also his official fan page which you can visit by clicking here.