Ninja Net Worth – How Rich is the Twitch Streamer? 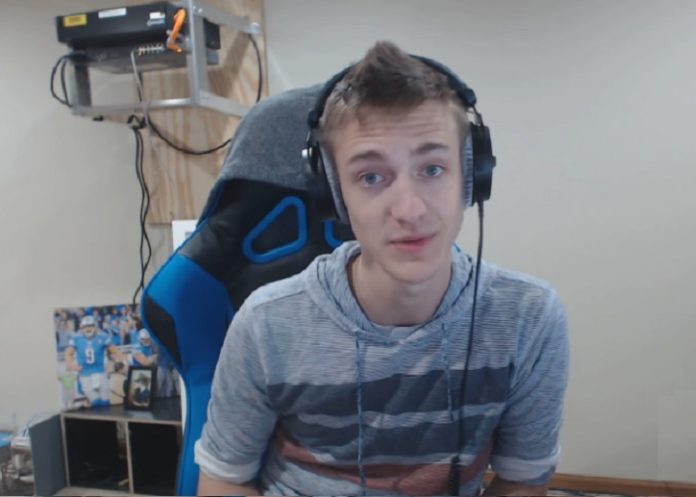 The number one site for streamers and online gamers on the internet is Twitch TV. There’s not even any competition for Twitch, they completely dominate the online streaming sector of the internet. And one particular streamer, professional Halo player Tyler Blevins, better known as Ninja to his millions of fans, has just achieved something quite incredible.

Ninja has been hooked on Twitch’s favorite game recently, the fast-paced free-to-play shooter Fortnite. He was already one of the most popular streamers on the most watched game on the platform, but on March 14th 2018, Ninja was joined by none other than rap superstar Drake, as well as rapper Travis Scott, and Mega Guru Kim DotCom. The combined appeal of such a legendary line-up sent Twitch, and large parts of the rest of the internet into a frenzy. The stream eventually attracted a record-breaking 600,000 viewers at one stage, easily breaking the previous record of 388,000 for a non-tournament stream, and right now Ninja is the best thing to happen to Twitch and the World of gaming for years.

But how did Ninja manage to become so well known that he can attract such esteemed celebrities? And exactly how much money has the professional gamer made so far in his career? Read on to find out.

How Did Ninja From Twitch Make His Money & Wealth?

Ninja was born in Taylor, Michigan on June 5th 1991, and showed an incredible enthusiasm for games, in particular Halo. Ninja’s older brother John would often play Halo with his cousin, and 10-year-old Tyler begged and pleaded until he was allowed to join in. It was a decision that John soon regretted, Tyler may have been the little brother, but at Halo he was the master of all. Tyler’s other brother Chris soon joined John in constantly being destroyed by the young Halo ace, to the extent that they soon stopped playing with him altogether.

Ninja worked at the restaurant Noodles and Company for three years while still at high school, but after school his focus turned to the far more lucrative World of professional gaming. He began competing professionally at MLG Orlando in 2009, and by 2012 he was wiping the floor with the competition on Halo: 4.

The rewards for top professional gamers are good, but perhaps not as good as a superstar like Drake would expect to earn. Ninja certainly made a lucrative income, but since August 2017 Ninja’s popularity has exploded online. That month he announced he wouldn’t be competing in the next Halo Championship Series Pro League, instead he would concentrate on streaming PlayerUnknown’s Battlegrounds on Twitch.

Battlegrounds, or PUBG as it’s generally known was looking to be the next DayZ on Twitch, but then Fortnite attracted many of it’s core players, including Ninja, and it’s been at the top of the Twitch viewing figures ever since. Ninja’s incredible skills soon saw him rise to the top of the heap, and as such he has now become friends with Drake, and is bringing in the star attraction of huge celebrities into the fanatically followed World of competitive gaming, and it’s created an incredible amount of attention for Ninja.

Ninja’s followers are doubling online weekly, and have been doing so for months, the amount of buzz around Twitch TV, Fortnite, and Ninja himself is incredible, and it shows no signs of slowing down. The way things look right now, Ninja is likely to be the biggest, and highest earning, player in online competitive gaming for some time to come.

Is Ninja From Twitch married?

Yes, Ninja married girlfriend Jess in August 2017. Unsurprisingly she’s also an avid gamer, and goes by the handle Jghosty on Twitch and Twitter where she streams gaming content, vlogs and cooking shows. The couple first met at a tournament, the Focus Fire competition in Wisconsin in 2014, and connected online a year or so later. Jess is also a partnered streamer on Twitch and has 132,000 followers, which is modest compared to Ninja’s huge following, but still impressive for the streaming platform on which competition is notoriously fierce.

The net worth figure of $8 million quoted above comes from an article where the amount appears to be estimated, but I suspect it’s probably far lower than his net worth is likely to be in a years time. Ninja is one of the top 10 most popular streamers on Twitch, with over 3.5 Million followers, he recently confirmed that he has been making over $100 a day for several years from Twitch alone, and Forbes recently got their calculators out and made a conservative estimate that he’s now making approximately $560,000 a month from subscriber fees alone. That amounts to almost $7 million annually, and that’s without even considering donations from the traditionally generous Twitch TV community. But a quick look at Ninja’s other social media account reveal the true level of his incredible recent rise in popularity.

Ninja’s Other Earnings – At Least $3 Million Per Year

Ninja posts regularly on Twitter to his rapidly growing army of 946,000 fans, and on Instagram to another 905,000 followers. The endorsement fees he can command with such a media influence are undoubtedly high. A good measure of his incredible growth is that his Instagram account now has 3,000 more followers than it did 20 minutes ago, and his Twitter has gained another 2,000 in the time it takes to drink a cup of coffee.

Ninja’s Youtube Channel has exploded since October 2017. Back then, just five months ago, he was sitting at a million subscribers with up to 700,000 views a month. Since then his viewing figures have more than doubled every month. He’s now got 4.8 million subscribers, up over a million in the last 10 days, and his monthly views have increased from 7 million in January 2018, to over 80 million so far in March. According to social blade his earnings from Youtube alone, again without considering any sponsorship or endorsement deals he makes, are likely to be at least $3 million a year. And that would be if he remains at the same level of popularity that he has now, but considering his Youtube account has just gained over 5,000 subscribers in less than 15 minutes, I somehow think that’s unlikely.

What was Tyler’s Biggest Challenge During his Career?

Tyler ‘Ninja’ Blevins has got it all, a seven-figure income, a great personal life, and a career that he loves, but it almost never happened. In August 2014 he began suffering from severe headaches and blurred vision. Doctors advised him he had a detached retina and required surgery. After an operation it was possible that he would never gain his full sight back, but after months of uncertainty, Ninja finally made a complete recovery, and one that the World of online gaming should be thankful for.