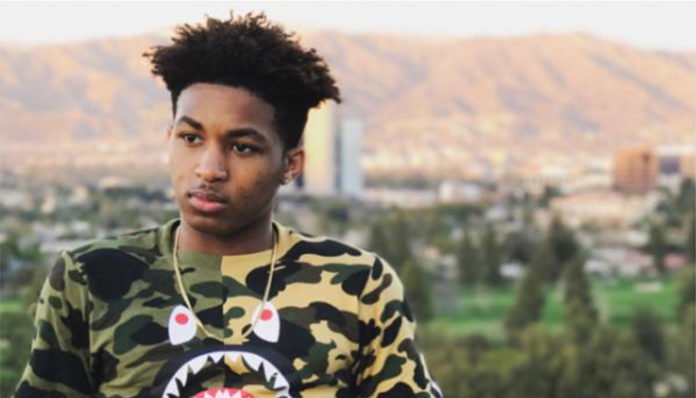 A YouTube personality, PontiacMadeDDG is best known for his skit, parody, and prank videos. Since the launch of his channel in 2014, he has gained more than 1.4 million subscribers. Prior to his rise to fame on YouTube, he was also well known on the mobile app, Vine.

Recently, the twenty-year-old has also launched a rap career. On Soundcloud, he has released a number of original songs such as G.O.A.T. and Dope. Earlier this month, he had also dropped his debut EP titled, Take Me Serious, which has already racked up hundreds of thousands of streams on his channel.

How much has he earned from his various projects? How much does he make from his channel? How rich is the 20-year-old YouTuber/rapper? From what we can gather, PontiacMadeDDG’s 2018 net worth is estimated to be around $150,000. Where did the majority of this fortune come from? Let’s explore this question below.

How did PontiacMadeDDG Make His Money & Wealth?

Born on October 10, 1997, in Pontiac, Minnesota, PontiacMadeDDG is the older of two siblings; he has a younger sister who is also active on social media. Like many teens, he jumped on the YouTube bandwagon in the early 2010’s- his self-titled channel was created in 2014. In terms of his personal life, he had attended Central Michigan University after completing high school. Not much else is known at this time.

His self-titled YouTube channel was created on October 27, 2011. Since then, his popularity has grown at an incredible rate- as of 2018, the vlogger has gained more than 1.4 million subscribers with over 106 million views across his channel. His most popular video so far, Reacting to my 7 Year Old Niece Cringey Musical.lys has even viewed over 4 million times. Some of his other top uploads include White People Vs. Black People, Cheating on Girlfriend Prank, and Extreme Cheating Prank.

Considering the fact that most of his videos receive tens of thousands of views (in some cases, over a million), it’s highly likely that he makes a decent amount of cash from his YouTube channel. Generally speaking, it’s not uncommon for users to earn up to $5 per 1,000 ad views. Assuming that less than half of his total view count is monetized, PointiacMadeDDG’s total earnings so far would be around $200,000 (before Google’s cut).

In addition to his YouTube career, he has also dropped a number of singles as a rapper. Some of the tracks that he’s released so far include On My Own, Donkey Kong, New Money, Pontiac, and Take Me Serious. Earlier this month, he also came out with the song, Givenchy. In terms of albums, he had released the 7-track, Take Me Serious on March 7, 2018.

Like most online celebs, he’s also set up an official merchandise store online. Made with fans in mind, it boasts a variety of products from printed t-shirts to sweatpants. You can visit the website by clicking here.

No, he is not married. Since last year, however, he has been in a new relationship- in fact, he had made a video about his new girlfriend, which you can view here.

Does PontiacMadeDDG Have Any Children?

As far as we know, PontiacMadeDDG does not have any children.

Did PontiacMadeDDG Go to College?

After completing his secondary education, he went to Central Michigan University.

What is PontiacMadeDDG Famous For?

PontiacMadeDDG is best known for his self-titled YouTube channel, on which he has over one million subscribers. Recently, he has also been making waves in the music scene as a hip-hop artist.

PontiacMadeDDG currently lives in Los Angeles, California. Photos of his house are not available.

What Kind of Vehicle Does PontiacMadeDDG Drive?

Information on PontiacMadeDDG’ vehicle is unavailable at this time.

How Much Money Did PontiacMadeDDG Make Last Year?

Information on PontiacMadeDDG’s annual earnings for 2017 is not available.

As mentioned earlier, the YouTuber had recently dropped the extended play, Take Me Seriously on March 7, 2018. A seven-track project, it contained the tracks On the Low, Bank, Pontiac, and Donkey Kong among a few others.

Other than that, he has, of course, been busy making new videos for his YouTube channel.

What does he do when he isn’t making videos? Curious? How about following him on social media? You can find him on Twitter at @PontiacMadeDDG or on Instagram at @Pontiacmadeddg. On Facebook, you can also check out his fan page by clicking here.